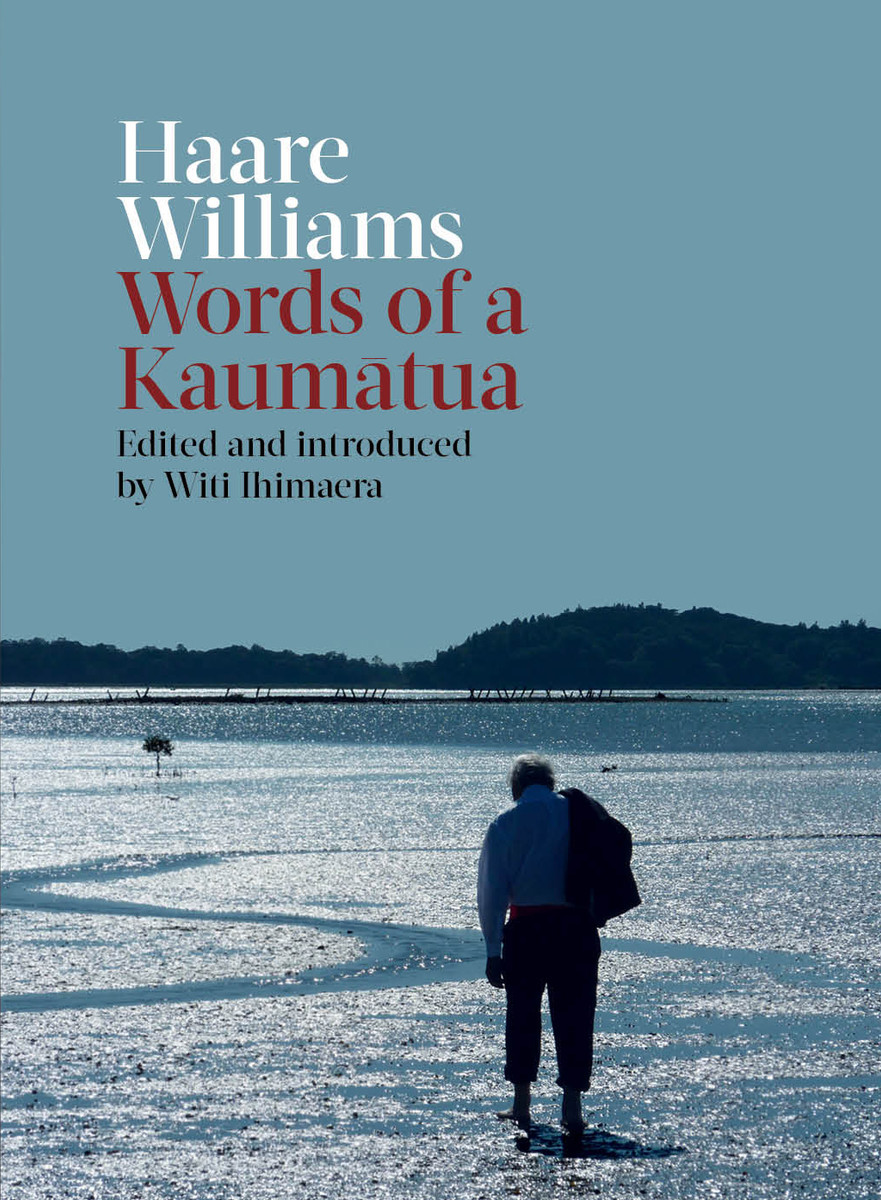 Haare Williams: Words of a Kaumātua

A kaumātua reflects in poetry and prose on his journey from te ao Māori on the East Coast to contemporary Auckland.

Haare Williams grew up with his Tūhoe grandparents on the shores of Ōhiwa Harbour in a te reo world of Tāne and Tangaroa, Te Kooti and the old testament, of Nani Wai and curried cockle stew – a world that Haare left behind when he learnt English at school and moved to Auckland.

Over the last half-century, through the Māori arts movement, waves of protest and the rise of Māori broadcasting, Haare Williams has witnessed and played a part in the changing shape of Māoridom. And in his poetry and prose, in te reo Māori and English, Haare has a unique ability to capture both the wisdom of te ao Māori and the transformation of that world.

This book, edited and introduced by Witi Ihimaera, brings together the poetry and prose of Haare Williams to produce a work that is a biography of the man and his times, a celebration of a kaumātua and an exemplar of his wisdom.

Dr Haare Williams MNZM has been Dean of Māori Education and Māori Advisor to the Chief Executive at Unitec. He was General Manager of Aotearoa Radio. He set up a joint venture with the South Seas Film and Television School to train Te Reo speakers as producers and operators in film and television. He has worked closely with iwi claimant communities and was responsible for waka construction and assembly at Waitangi for the 1990 commemorations. He has published poetry, exhibited painting and written for film and television. He was a cultural advisor for the Mayor of Auckland and is Amorangi at the Auckland War Memorial Museum.

Witi Ihimaera was the first Maori to publish both a book of short stories and a novel and since then has published many notable novels and collections of short stories. His best-known novel is The Whale Rider, which was made into a hugely internationally successful film in 2002. He has also had careers in diplomacy, teaching, theatre, opera, film and television. He has received numerous awards, including the Wattie Book of the Year Award, the Montana Book Award, the inaugural Star of Oceania Award, University of Hawaii 2009, a laureate award from the New Zealand Arts Foundation 2009, the Toi Maori Maui Tiketike Award 2011 and the Premio Ostana International Award, presented to him in Italy in 2010. In 2004, he became a Distinguished Companion of the Order of New Zealand (the equivalent of a knighthood).

'Williams writing allows the reader to view our reality through the dual prism of te ao Māori and te ao Pākehā. His essay On the Word Pākehā should be required reading for all.' 'The book acts as a guiding light. Williams lights the path for all of us to do more, to be more. There are urgent calls to action to nurture our tamariki, our mokopuna.' – Rebekah Fraser, NZ Booklovers – full review here

From the Word Go