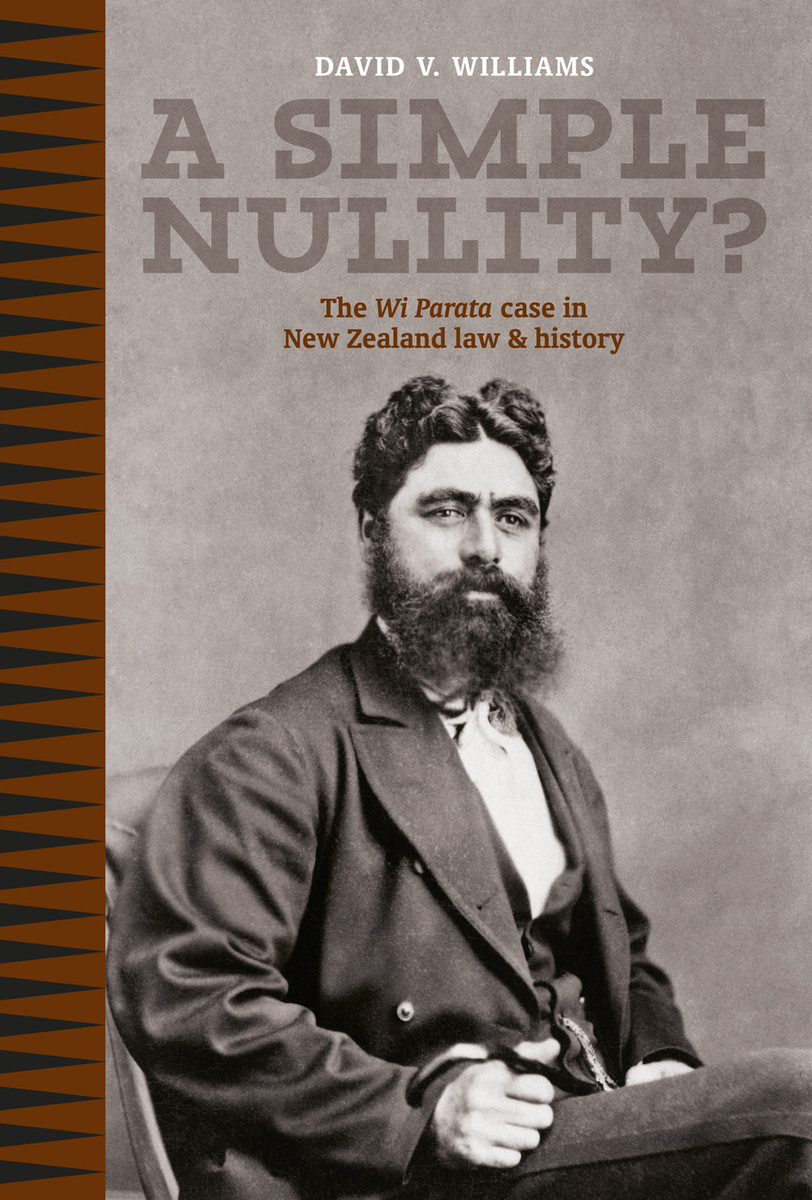 David V. Williams takes a fresh look at the notorious Wi Parata case – the protagonists, the origins of the dispute, the years of legal back and forth – affording new insights into both Maori–Pakeha relations in the nineteenth century and the legal position of the Treaty of Waitangi.

In 1877, the New Zealand Supreme Court decided a case, Wi Parata v Bishop of Wellington, that centred on the ownership and use of the Whitireia Block, near Porirua. Ngati Toa had given this land to the Anglican Church for a college that was never built. In the course of refusing to inquire into the ownership of the block, the judges dismissed the relevance of the Treaty of Waitangi: ‘So far indeed as that instrument purported to cede the sovereignty – a matter with which we are not directly concerned – it must be regarded as a simple nullity.’

Over the past twenty-five years, judges, lawyers and commentators have castigated this ‘simple nullity’ view of the Treaty. The ‘infamous’ case has been seen as symbolic of the neglect of Maori rights by settlers, government and the law in New Zealand. The factual background to the Wi Parata case, Williams argues, tells us much about nineteenth-century Maori acting as they thought best for their people and about debates in Pakeha jurisprudence over the recognition or rejection of customary Maori rights. Behind the apparent dismissal of the Treaty as a ‘simple nullity’ lay deep arguments about the place of Maori and Pakeha in Aotearoa New Zealand. Those arguments are as relevant now as they were then

This is an excellent read for anyone interested in the history of the church, race relations, the constitution, or our land laws. It is a scholarly work of legal history, but fully accessible to the general reader. – John Dawson, DScene

A Simple Nullity is an outstanding book, expertly researched and written, and published beautifully by Auckland University Press. Anyone interested in New Zealand's early schooling history, the history of the church and religion, Maori/Pakeha relations and, of course, legal history will find this a fascinating and refreshing read. – Jacinta Ruru, NZ Journal of History