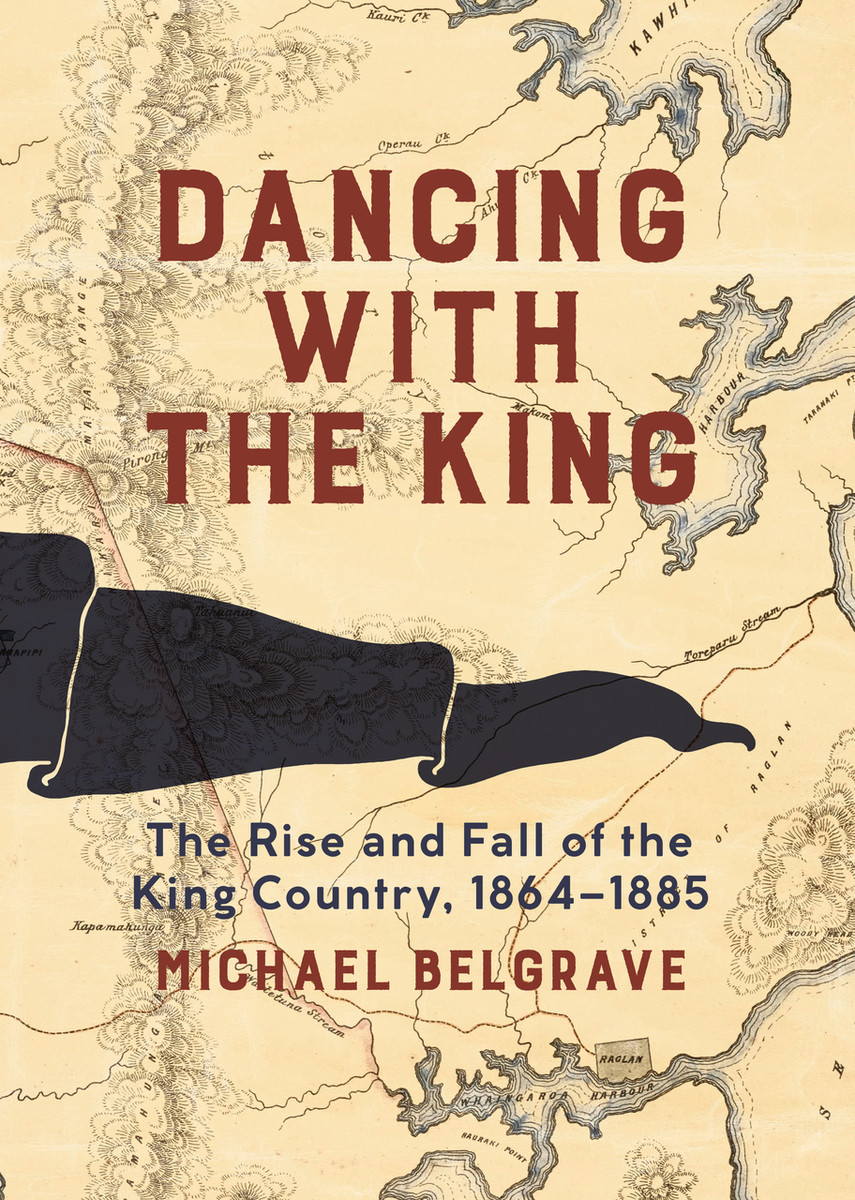 A riveting account of the twenty years after the New Zealand Wars when Māori governed their own independent state in the King Country.

After the battle of Orakau in 1864 and the end of the war in the Waikato, Tāwhiao, the second Māori King, and his supporters were forced into an armed isolation in the Rohe Pōtae, the King Country. For the next twenty years, the King Country operated as an independent state – a land governed by the Māori King where settlers and the Crown entered at risk of their lives.

Dancing with the King is the story of the King Country when it was the King’s country, and of the negotiations between the King and the Queen that finally opened the area to European settlement. For twenty years, the King and the Queen’s representatives engaged in a dance of diplomacy involving gamesmanship, conspiracy, pageantry and hard headed politics, with the occasional act of violence or threat of it. While the Crown refused to acknowledge the King’s legitimacy, the colonial government and the settlers were forced to treat Tāwhiao as a King, to negotiate with him as the ruler and representative of a sovereign state, and to accord him the respect and formality that this involved. Colonial negotiators even made Tāwhiao offers of settlement that came very close to recognising his sovereign authority.

Dancing with the King is a riveting account of a key moment in New Zealand history as an extraordinary cast of characters – Tāwhiao and Rewi Maniapoto, Donald McLean and George Grey – negotiated the role of the King and the Queen, of Māori and Pākehā, in New Zealand.

Growing up with the late night time sounds of the steam trains puffing their way around the Raurimu Spiral – a sound interspersed with the melancholy cry of the Ruru (Morepork) – I had no idea of the significance the main trunk railway line had to the politics of the post Waikato War and the shaping of New Zealand politics. That is until I read Dancing with the King: The Rise and Fall of the King Country, 1864-1885. - Lincoln Gould, Booksellers NZ

It is the detailed accounts of the negotiations between the various layers of the Māori side which for this reviewer proved fascinating. Belgrave’s research brings to full view the impact on traditional Māori land ownership. - Lincoln Gould, Booksellers NZ

It is an amazing story, easy to read, superbly researched and casting light upon a largely unknown yet hugely important chapter in New Zealand's history. - Jim Eagles, Weekend Herald