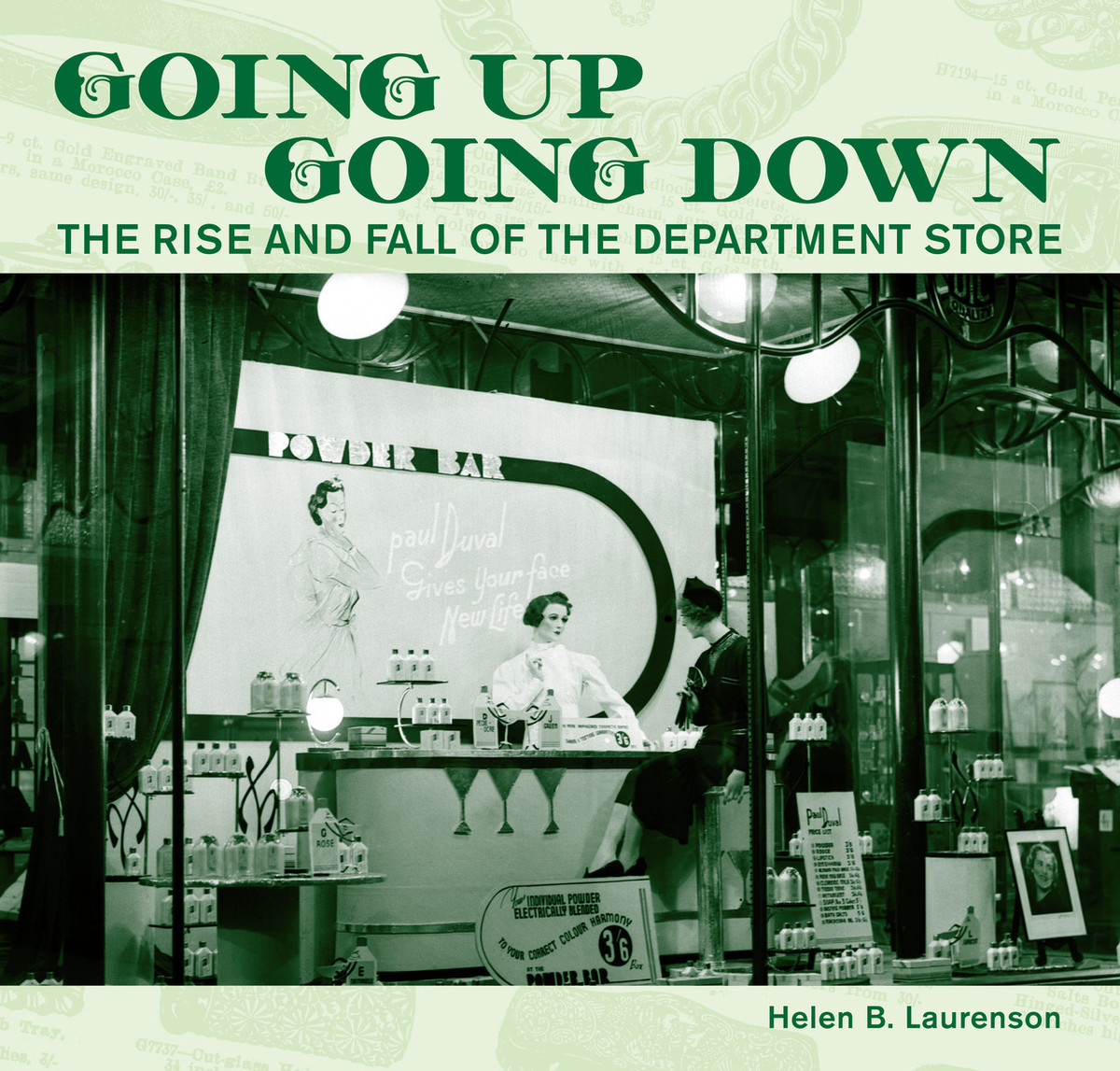 Going Up, Going Down is a lively account of the New Zealand department store which, with its stunning photographs, reminds us of the role of a cultural icon which was also a dominant player in the urban economy.

In this book Helen Laurenson revisits the variety, excitement and colourful stories of some of New Zealand’s large department stores, most of which have now disappeared, although many of their buildings remain as inner-city landmarks. Its chapter format echoes the rise and subsequent descent of many of those department stores, in a lift attendant’s announcements of the passing floors.

Laurenson’s extensive research has uncovered many fascinating facts about individual stores like Kirkcaldie and Stains, Ballantynes and George Courts, and she also includes much of interest about the layout of the stores, the people who worked there, and the goods they sold. She charts the historical pattern from the stores – beginnings to their heyday in the 1950s to their decline and more modest presence in the contemporary city.

This will be a nostalgic trip down memory lane for older readers . . . . a good read for an overview of shopping habits as influenced by social conditions during the first half of the 20th century. – Brenda Joyce, New Zealand Genealogist