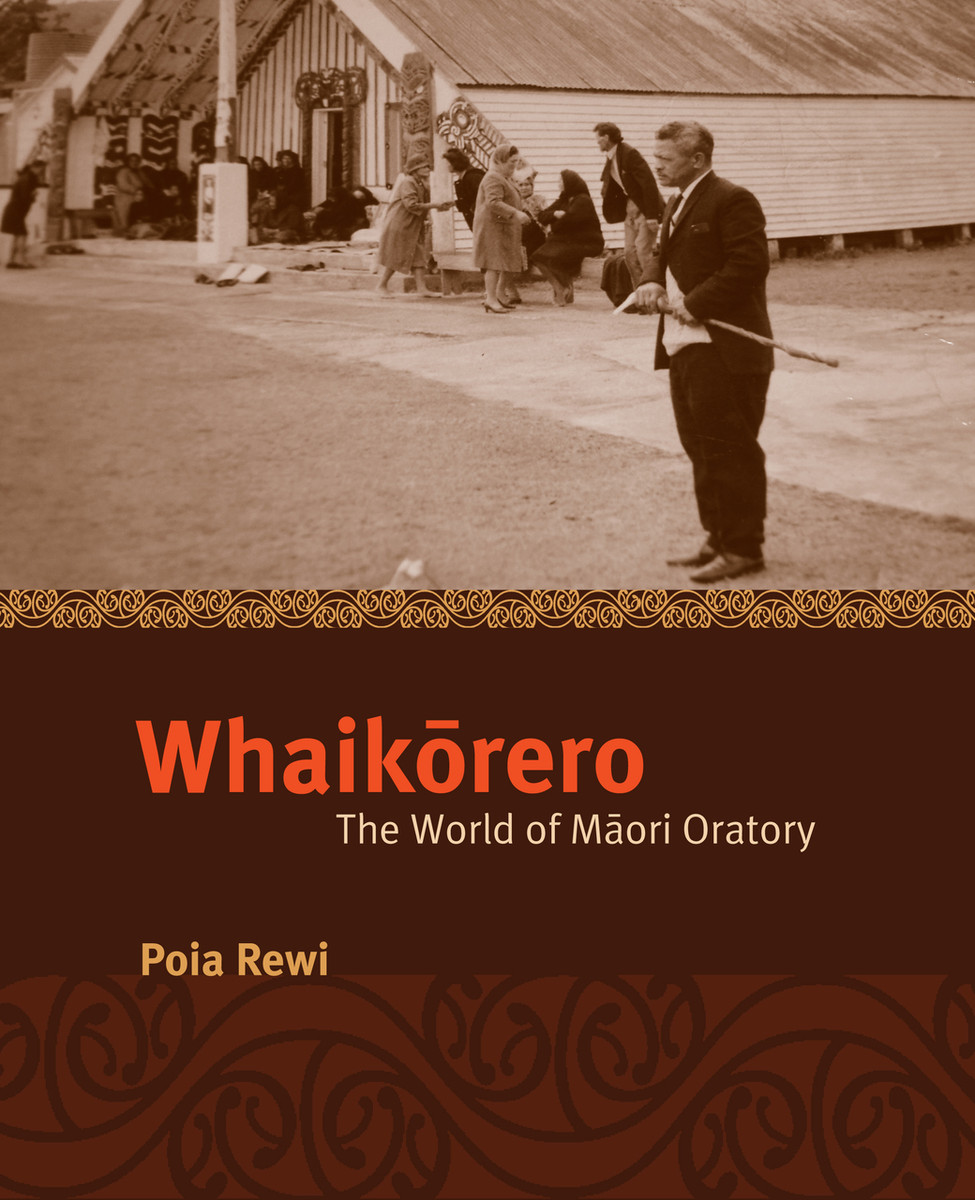 Anyone who has been welcomed on to a marae in New Zealand will understand that whaikōrero – oratory – is at the heart of Māori culture. Whaikōrero: The World of Māori Oratory is the first introduction to this fundamental Māori art to be widely published. It is based on broad research as well as oral histories from 30 of the leading exponents of whaikōrero, many of whom have subsequently died. Author Poia Rewi’s informants are affiliated to many iwi including Tūhoe, Ngāti Kahungunu, Te Arawa, Ngāti Porou, Ngāti Awa, Waikato-Maniapoto, Te Whakatōhea, Ngā Puhi and Ngāti Whare.

In Whaikōrero, Poia Rewi assesses the origin and history of whaikōrero; its structure, language and style of delivery; who may speak; and where speech happens. Featuring a range of sample whaikōrero drawn from both oral and literary sources, the book provides examples of language for learners of Māori wishing to improve their whaikōrero skills as well as being a major resource for all readers interested in Māori culture.

This is a useful and long-awaited work with a great deal to offer the simply curious, the student of history and the aspiring orator. – Tom O’Connor, Taranaki Daily News

This valuable book has come about from Poia's desire to record information from a rapidly diminishing generation of kaumatua ... Whaikorero is for the shelves of those with a serious interest and curiosity about Maori history and tikanga. - Mana Magazine