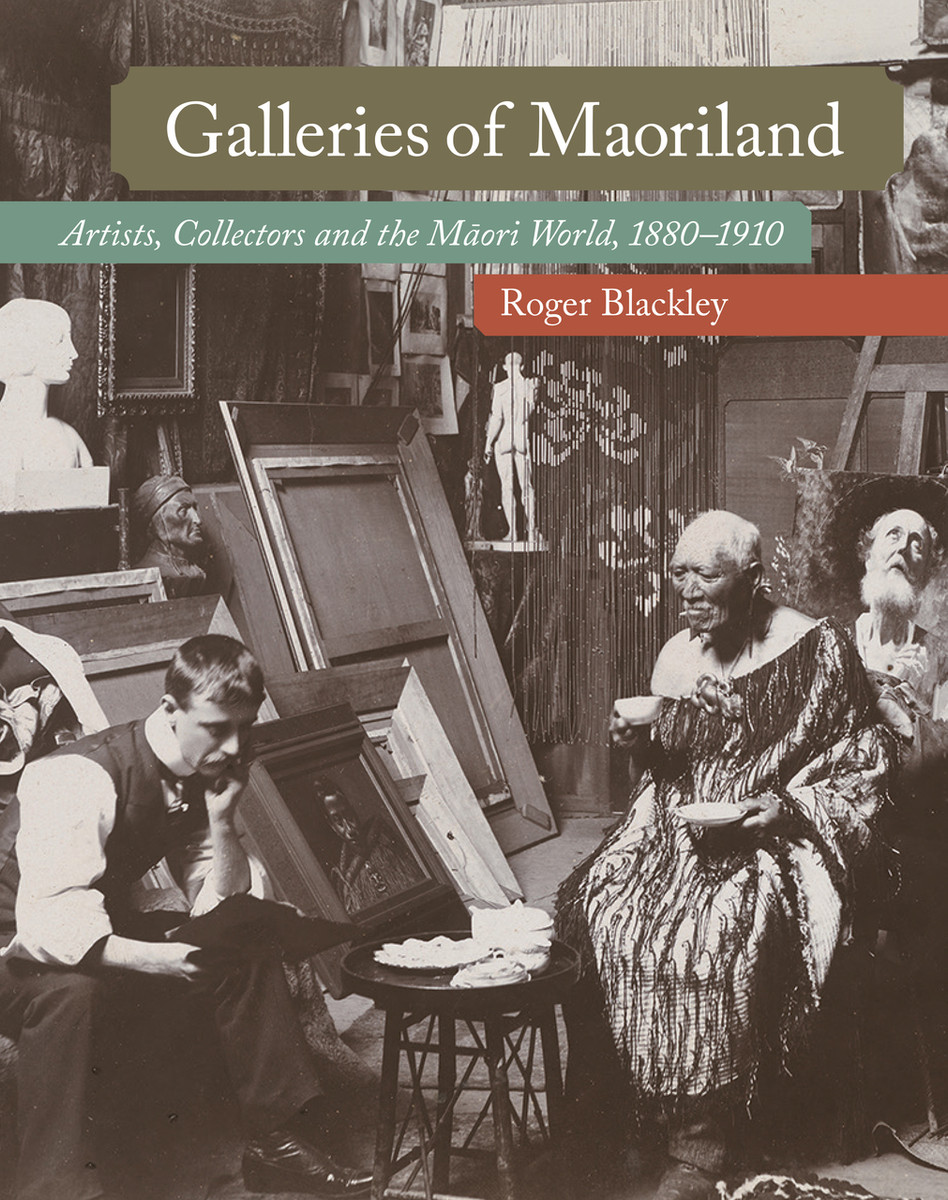 Lindauer and Goldie, the Dominion Museum and the Polynesian Society: the story of artists and collectors engaging with the Māori world in turn-of-the-century New Zealand

Galleries of Maoriland introduces us to the many ways in which Pākehā discovered, created, propagated and romanticised the Māori world at the turn of the century – in the paintings of Lindauer and Goldie; among artists, patrons, collectors and audiences; inside the Polynesian Society and the Dominion Museum; among stolen artefacts and fantastical accounts of the Māori past.

The culture of Maoriland was a Pākehā creation. But Galleries of Maoriland shows that Māori were not merely passive victims: they too had a stake in this process of romanticisation. What, this book asks, were some of the Māori purposes that were served by curio displays, portrait collections, and the wider ethnological culture? Why did the idealisation of an ancient Māori world, which obsessed ethnological inquirers and artists alike, appeal also to Māori? Who precisely were the Māori participants in this culture, and what were their motives?

Galleries of Maoriland looks at Māori prehistory in Pākehā art; the enthusiasm of Pākehā and Māori for portraiture and recreations of ancient life; the trade in Māori curios; and the international exhibition of this colonial culture. By illuminating New Zealand’s artistic and ethnographic economy at the turn of the twentieth century, this book provides a new understanding of our art and our culture.

Galleries of Maoriland is a [...] vast, all-embracing, minutely detailed yet highly readable book, beautifully designed with clear images, often full-page, always exactly where the text needs them. It’s much more than a work of art history; it’s a complex and thought-provoking cultural history of late-colonial New Zealand, Māori and Pākehā, using art production, reception, collecting, and ethnography as a way of understanding that period referred to as “Maoriland”. - Jane Stafford, SpinOff

The Carver and the Artist: Māori Art in the Twentieth Century

The Age of Enterprise: Rediscovering the New Zealand Entrepreneur 1880–1910