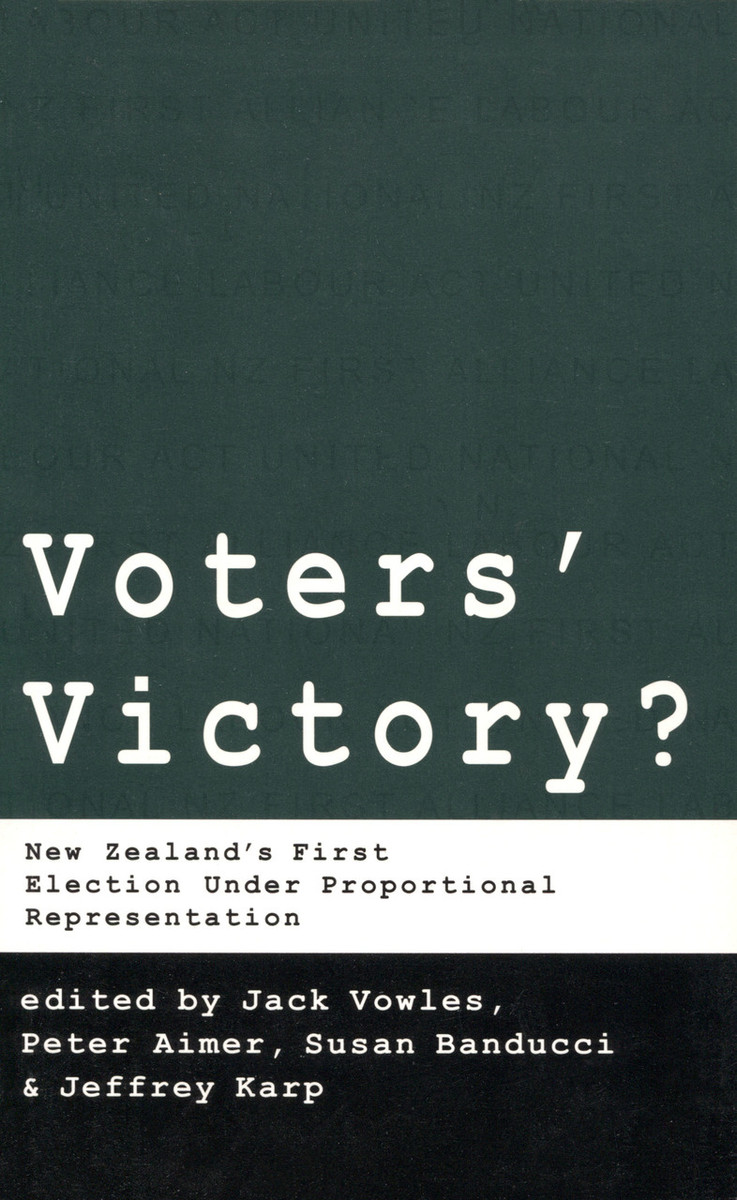 This volume is the story of the first MMP election in 1996 and asks the question: is MMP beginning to deliver what its advocates hoped? The research for the text used two different multi-stage panels and featured a post-election postal survey of over 2000 electors, and a similar survey of election candidates from those parties securing parliamentary representation; a study based on daily telephone interviews throughout the 1996 election campaign; and post-election re-interviews.

. . . there is no doubt that Vowles is the most creative and insightful political statistician in this country. His polling work in 1996, for example, was scarily accurate. – Chris Trotter, Waikato Times

Towards Consensus?: The 1993 Election and Referendum in New Zealand and the Transition to Proportional Representation