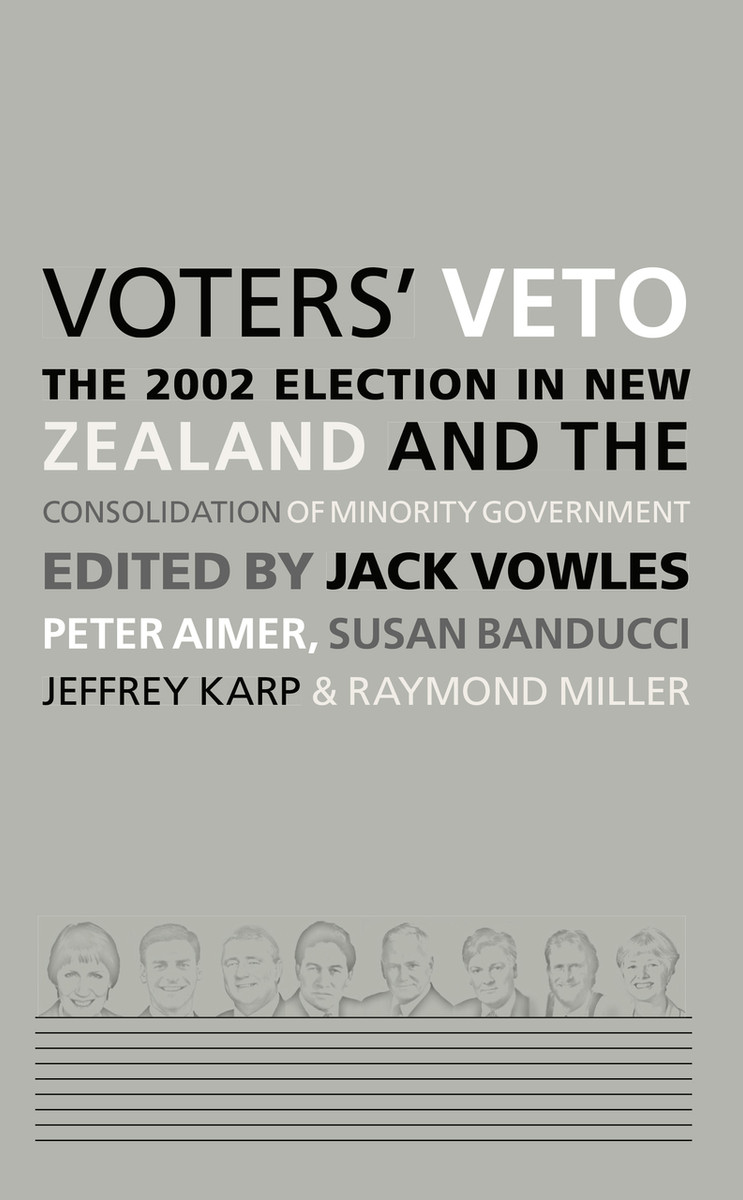 The 2002 election, called unexpectedly early, was both a landmark and a puzzle. Voters’ Veto is an authoritative account, the fifth in a series of election studies which began in 1993, and is based on surveys of over 5000 voters, including Māori political opinion, and data from election candidates.

Voters’ Veto studies the campaign, the candidates, the media, the issues, the leaders, the electoral system and the social background. Central questions are why Labour did not do as well as expected, why National fell to the lowest level ever polled by a centre-right party, why New Zealand First recovered, and why United Future became such a pivotal player. The book explores the political importance of Māori and the continuing implications of MMP.

Voters’ Veto continues a unique, immensely valuable ongoing picture of voters’ behaviour over more than a decade of change and drama.

. . . a group of political scientists has delivered the final word on the 2002 result. Their conclusions are not surprising but they do explode several myths. One is that New Zealanders prefer ‘strong’ government. . . . The second is that an ‘early’ election is detrimental to the party calling it, which proved not to be important. But this heavyweight study concentrates on the campaign itself, how voters have adapted to MMP and other key issues, such as the media coverage. – Nevil Gibson

Towards Consensus?: The 1993 Election and Referendum in New Zealand and the Transition to Proportional Representation