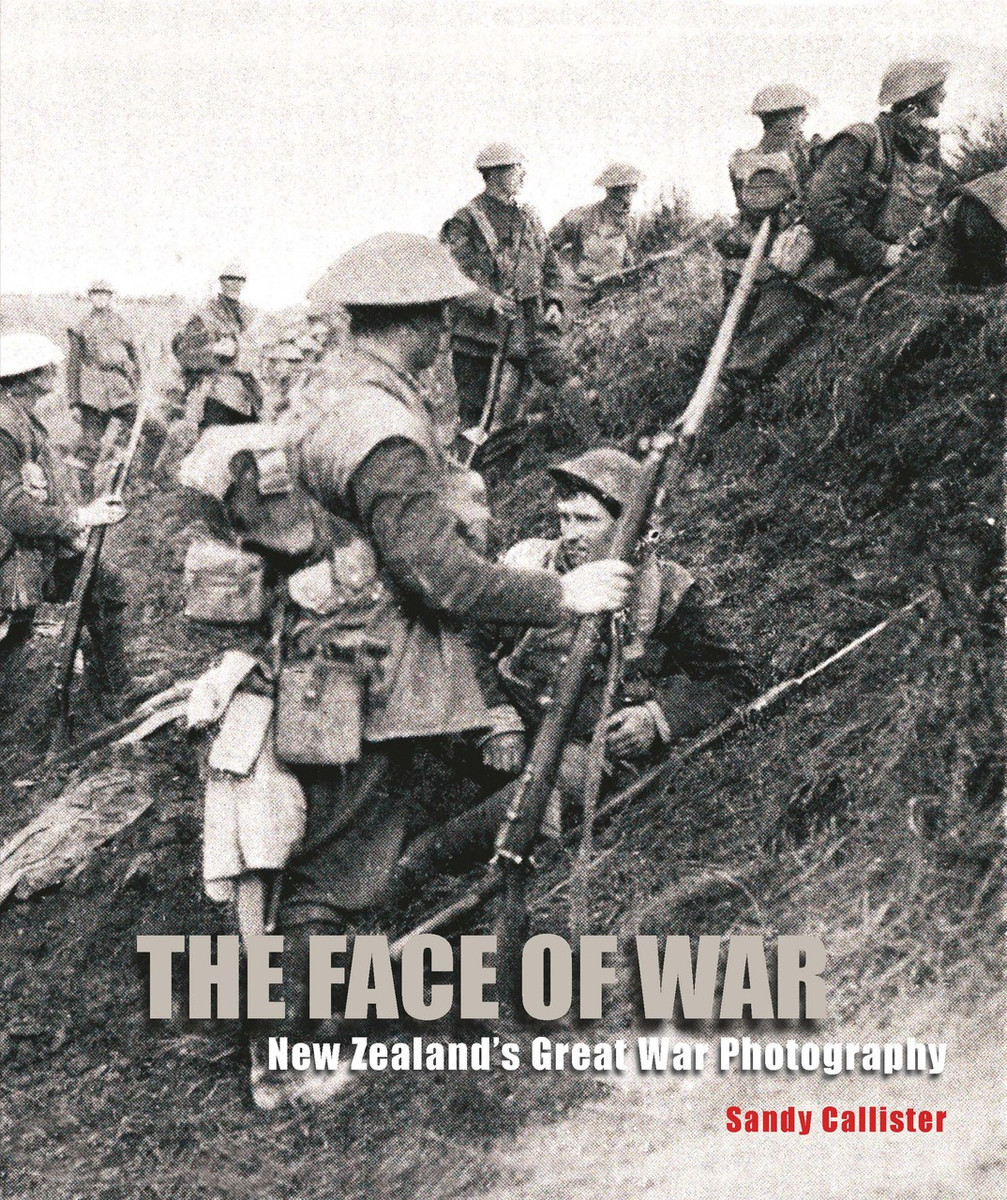 By the time the First World War broke out in 1914, photography had become affordable and popular. Many of the 100,000 New Zealanders who went overseas to fight carried cameras with them, determined to capture their part in the ‘great adventure’. And soldiers were not the only ones to take photographs: cameras were also used by officials, journalists and medical staff.

The Face of War is the first book to examine the photographs, many previously unknown, of New Zealand’s First World War experience, tracing a sometimes shocking, often moving visual history through soldiers’ snapshots, keepsake portraits, battlefield panoramas, photographic medical records and rolls of honour. Sandy Callister discusses how photography was used to capture and narrate, memorialise and observe, romanticise and bear witness to the experiences of New Zealanders at home and overseas. Her study is the first to argue for the importance of New Zealand photography to the history of war, but also examines in depth the contradictions of this photography: as a site of remembrance and forgetting, of nation and sacrifice, of mourning and mythology, of subjectivity and identity.

This is no mere book of pictures. It is a book about World War I photography – what the images mean to us, and what they meant to the people who took them . . . . [Callister] has produced a masterful analysis; a superb, pioneering and moving insight into the emotional impact of World War I, seen through its photography. – Matthew Wright, Sunday Star-Times