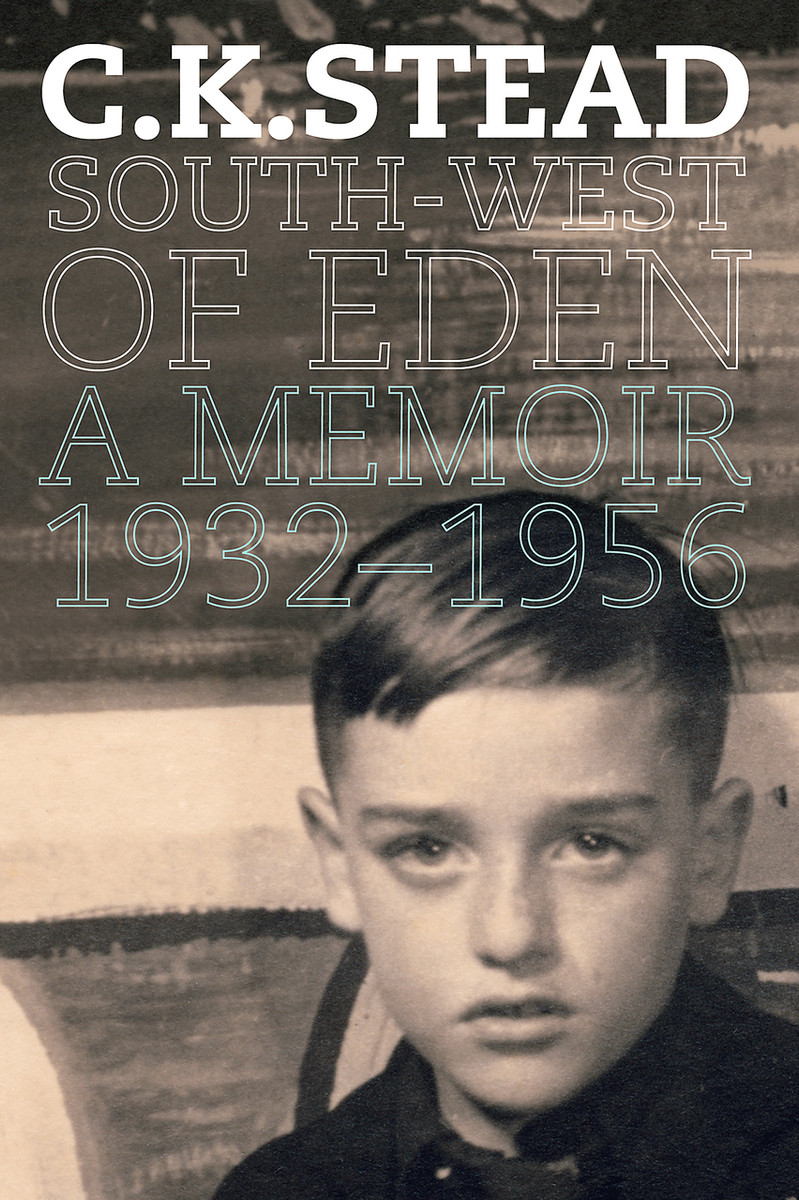 ‘I said many times I would not write autobiography – partly because it might signal, either to my inner self, or to others, a signing off as a writer; and partly because I did not want to mark off areas that were fact in my life from those that might yet be invented. Fiction likes to move, disguised and without a passport, back and forth across that border, and prefers it should be unmarked and without check-points.’ – C. K. Stead

Happily for the many readers of his novels, poems, criticism and essays, C. K. Stead has changed his mind. In South-West of Eden, a coming-of-age memoir by New Zealand’s leading poet, novelist and critic, Stead writes of a life ‘lived by history’ – running wild in Cornwall Park, joining the Labour Party aged seven, discovering poetry in a third-form English class and enjoying a newly married annus mirabilis in a flat on Takapuna Beach down the road from Frank Sargeson and Janet Frame.

An Aucklander to the core – ‘Most things of real significance in my life and the life of my family had happened somewhere in sight from the summit of Mt Eden’ – Stead here turns his home town into a land of myth and symbol: ‘Tamaki of many lovers, portage for ancient waka, wasp-waist of the fish of Maui, site of a Pākehā-planned and never built coast-to-coast canal and of the harbour-to-harbour ghost-tram, no longer running except in the head of an elderly writer, late in the night, remembering at his laptop.’

In a virtuoso performance, C. K. Stead wonderfully illuminates 23 years of his time and his place.

[H]is observations are always astute and thoughtful, informed by a lifetime in literature, all of which invests this memoir with resonance and immediacy. – Steven Carroll, The Melbourne Age

South-West of Eden is a compelling read. Every page is interesting, not solely Stead-focused, and rarely explicitly about literature. It's an eloquent and insightful recording of a childhood, the coming of age of an ordinary boy in 1940-50s New Zealand. - Jessica Le Bas, Stuff NZ

...now comes the memoir Karl Stead said he would never write. It is a stunning read and it went to the top of my non-fiction book of the year list before I'd finished it. - Jessica Le Bas, Stuff NZ