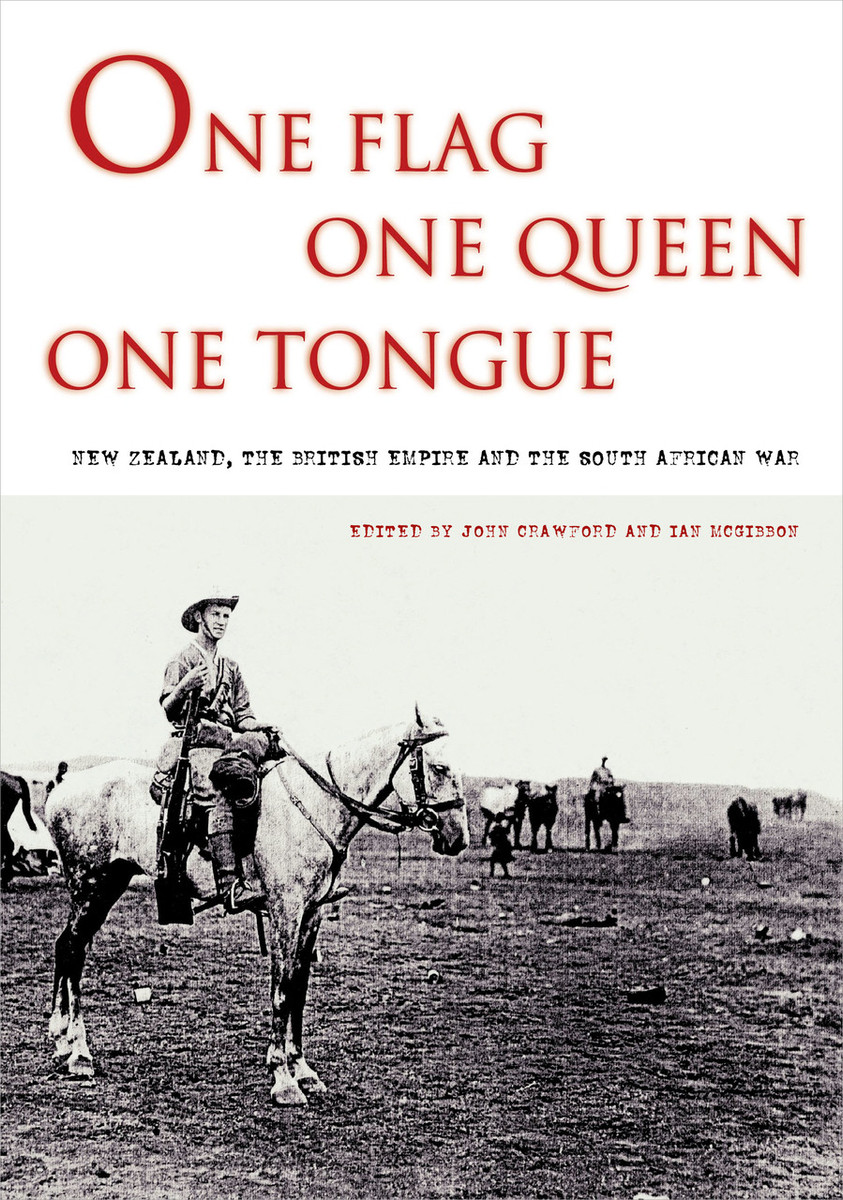 One Flag, One Queen, One Tongue: New Zealand and the South African War

The South African War was New Zealand’s first overseas war – and one of its most popular. More than 40,000 people farewelled the First Contingent when it left for South Africa in October 1899 and further contingents were quickly raised. In all, more than 6000 men would eventually serve in South Africa, most as mounted infantry. So too would a limited number of women – as nurses and schoolteachers.

In One Flag, One Queen, One Tongue aspects of New Zealand’s experience in the South African War and of the wider imperial context are explored in thirteen authoritative essays. They include two essays on opposition to the war, essays on women and Māori and the war, and several by distinguished overseas historians on Canadian and Australian perspectives.

Relying on original research throughout, this is the most significant publication on the topic ever published. New light is thrown on New Zealand’s involvement in a conflict which has not been widely studied but was a significant precursor to the larger wars of the twentieth century.