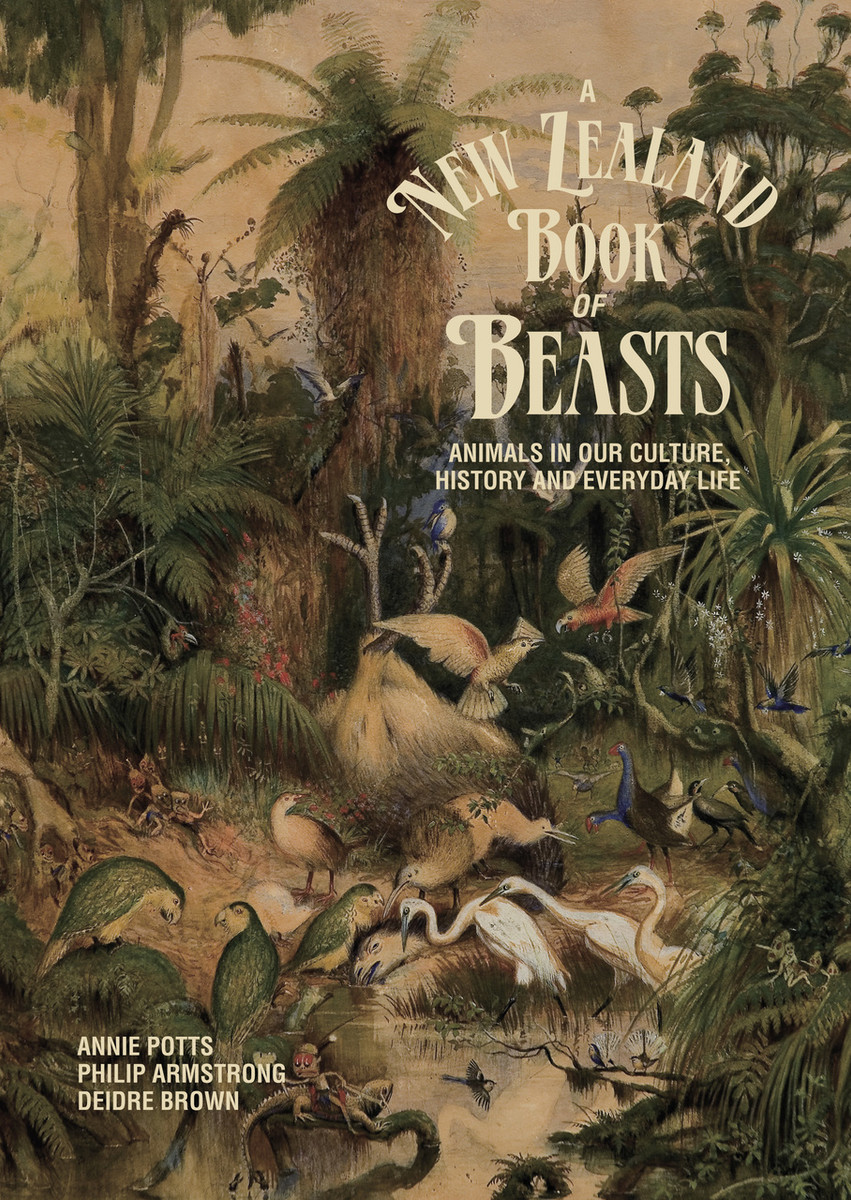 A New Zealand Book of Beasts: Animals in Our Culture, History and Everyday Life

A New Zealand Book of Beasts is a groundbreaking examination of the interactions between humans and ‘nonhuman animals’ – both real and imagined – in New Zealand’s arts and literature, popular culture, historiography, media and everyday life. Structured in four parts – Animal Icons, Animal Companions, Art Animals and Controversial Animals – the Book of Beasts touches on topics as diverse as moa-hunting and the SPCA, pest-control and pet-keeping, whaling and whale-watching;  on species ranging from sheep to sperm whales and from pekapeka to possums; and on the works of authors and artists as various as Samuel Butler and Witi Ihimaera, Lady Mary Anne Barker and Janet Frame, Michael Parekowhai and Don Binney, Bill Hammond and Fiona Pardington. In examining through literature, art and culture the ways New Zealanders use and abuse, shape and are shaped by, glorify and co-opt, and describe and imagine animals, the authors tell us a great deal about our society and culture: how we understand our own identities and those of others; how we regard, inhabit and make use of the natural world; and how we think about what to buy, eat, wear, watch and read. This is an engaging, original and scholarly rigorous book of cultural criticism and a thoughtful addition to New Zealand literature.

All species of moa (Dinornithoformes) have been extinct for three or four centuries. At least that is the consensus among professional palaeo-biologists; not everyone agrees with them. But whether or not moa are long dead in biological terms, culturally speaking they seem to be enjoying a vigorous afterlife. Indeed they have gone quite feral; you can spot them in the most unexpected places. ...the authors open up the complexity of human-animal relations in this former ‘land without people’ as a rich area for ongoing analysis of how, inevitably and indelibly, human and nonhuman animals write each other’s histories. - Sally Borrell

A New Zealand Book of Beasts... will prove a treasure to anyone interested in an in-depth look at animals in New Zealand that goes beyond the stereotypes. – Jeffrey Moussaieff Masson, NZ Listener

The Healthy Country? A History of Life and Death in New Zealand