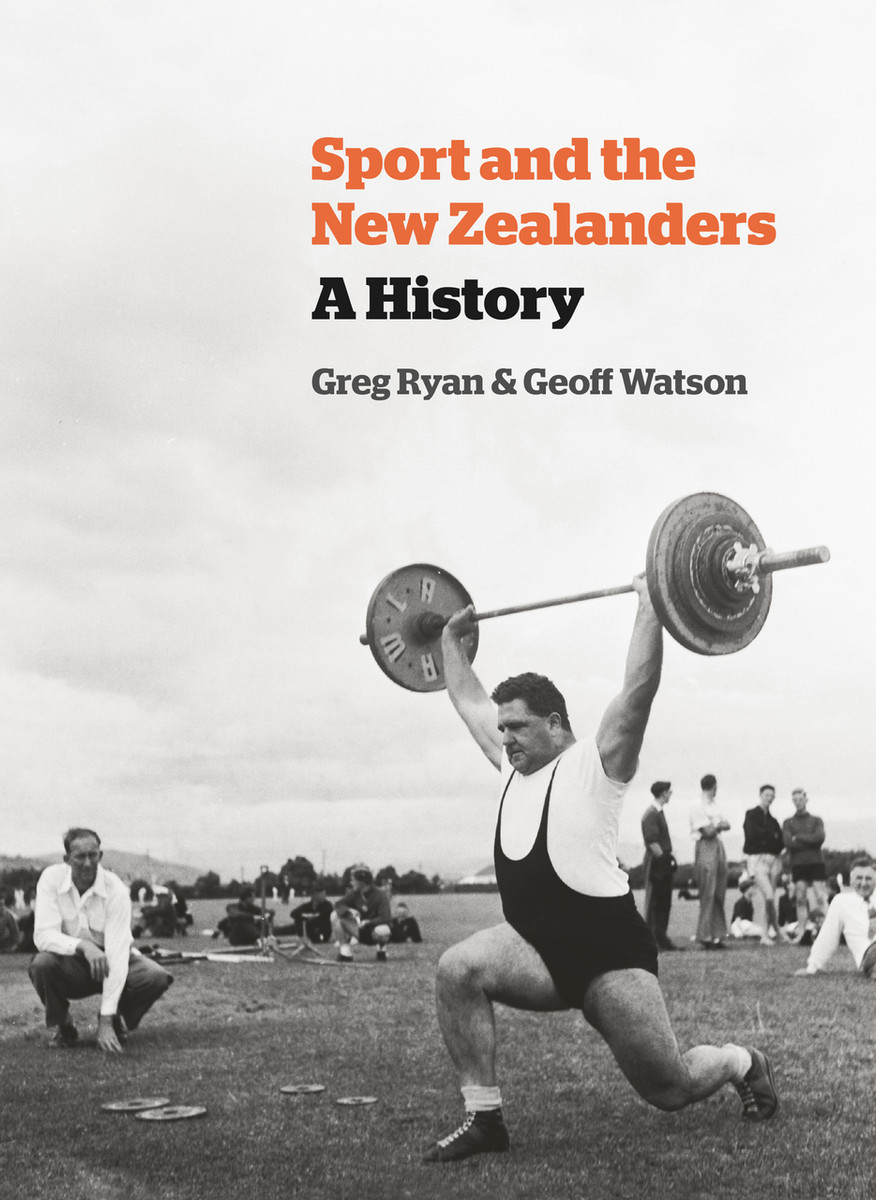 A history of New Zealanders and the sports that we have made our own, from the Māori world to today’s professional athletes

‘. . . those two mighty products of the land, the Canterbury lamb and the All Blacks, have made New Zealand what she is in spite of politicians’ claims to the contrary’, wrote Dick Brittenden in 1954. ‘For many in New Zealand, prowess at sport replaces the social graces; in the pubs, during the furious session between 5pm and closing time an hour later, the friend of a relative of a horse trainer is a veritable patriarch. No matador in Madrid, no tenor in Turin could be sure of such flattering attention.’

As Brittenden suggested, sport has played a central part in the social and cultural history of Aotearoa New Zealand throughout its history. This book tells the story of sport in New Zealand for the first time, from the Māori world to today’s professional athletes. Through rugby and netball, bodybuilding and surf lifesaving, the book introduces readers to the history of the codes, the organisations and the players. It takes us into the stands and on to the sidelines to examine the meaning of sport to its participants, its followers, and to the communities to which they belonged.

Why did rugby become much more important than soccer in New Zealand? What role have Māori played in our sporting life? Do we really ‘punch above our weight’ in international sport? Does sport still define our national identity? Viewing New Zealand sport as activity and as imagination, Sport and the New Zealanders is a major history of a central strand of New Zealand life.

There are plenty of surprises and a lot to be learned from this extensive history of New Zealand sport which is really a first of its kind. [...] It is one for the serious sports fan but it will also hold a lot of interest for people who may not be terribly interested in sport, but are interested in New Zealand society and how it has evolved. - Gisbourne Herald

It is certainly well-written and will be of interest to any sports enthusiasts in New Zealand... - Simon Boyce, Booksellers

[Sport and the New Zealanders] traces the beginnings of New Zealanders’ love affair with sport, examining why it has played a central part in the social and cultural history of this country. It tells the in-depth story of sport in New Zealand for the first time, surprisingly, from the Maori world to today’s professional athletes. - Massey University, Live News