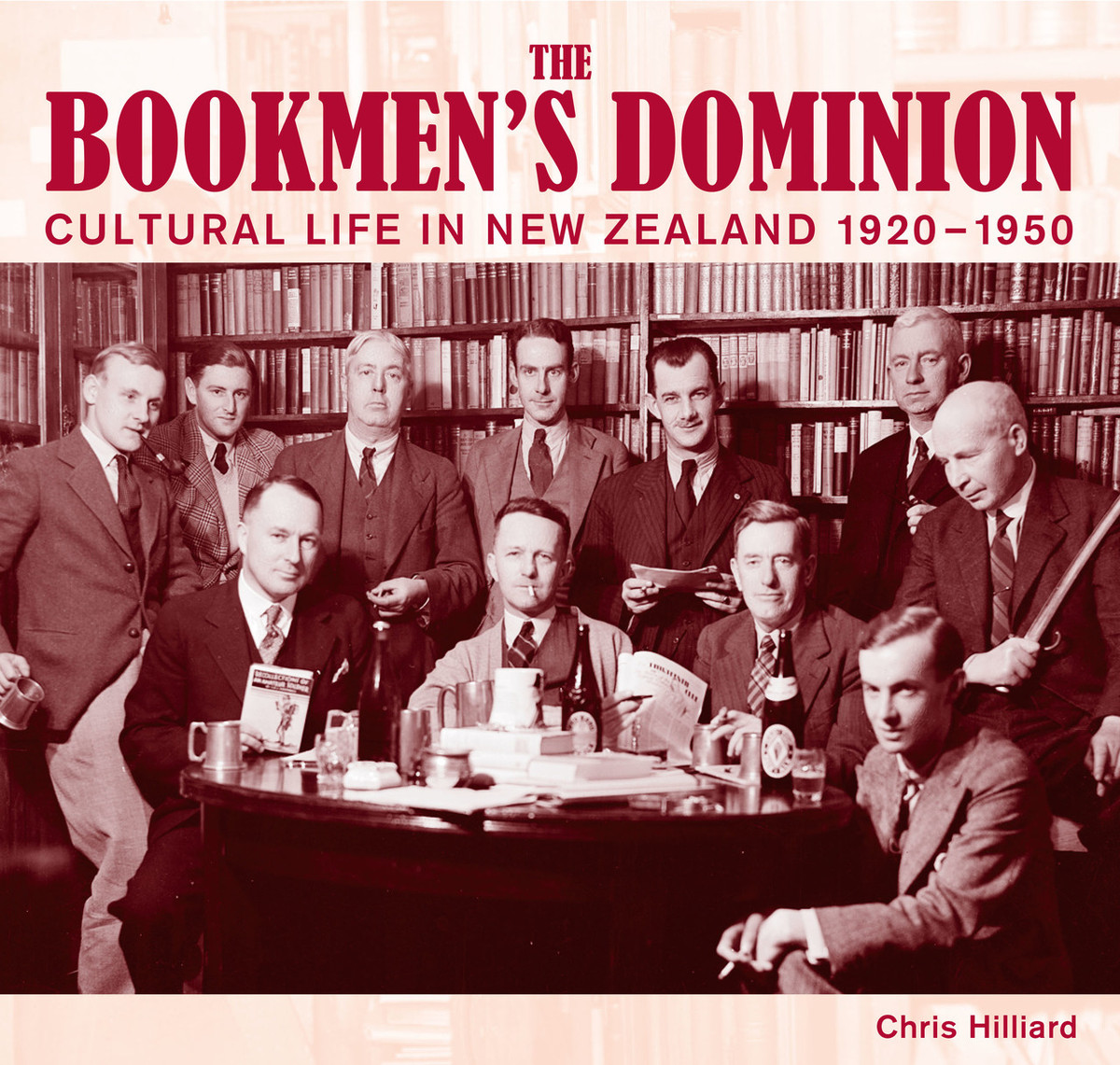 The Bookmen’s Dominion recovers an almost forgotten chapter in New Zealand’s ongoing conversation about itself.

As early as the 1920s, people with backgrounds in journalism, librarianship or the professions such as the law were debating the details and the wider significance of the Treaty and the New Zealand Wars, and arguing about modernism and nationhood in New Zealand poetry. From the 1930s, these ‘bookmen’, as they sometimes called themselves, found themselves under attack. Younger male writers were dismissive of Robin Hyde and the women poets whom the bookmen championed, prizing different values influenced by modernism or a ‘tougher’ sense of New Zealandness. And university-trained historians displaced ‘amateurs’ like pioneering oral historian James Cowan.

Chris Hilliard examines the ways changes in ideas and tastes were related to changes in the country’s cultural power bases. In the process, he reconstructs the world of Pakeha cultural discussion between the world wars – a milieu that swung between the gentlemanly and the blokey, the respectable and the mildly bohemian, the appreciation of ‘pure’ poetry and the pleasures of daily journalism and the writing of murder mysteries.

This book tells you a great deal about New Zealand cultural and intellectual life at a time when it was widely believed there wasn’t any such thing. – Warwick Roger, North & South

A New Zealand Book of Beasts: Animals in Our Culture, History and Everyday Life

The Healthy Country? A History of Life and Death in New Zealand

The Dominion of Signs: Television, Advertising and Other New Zealand Fictions