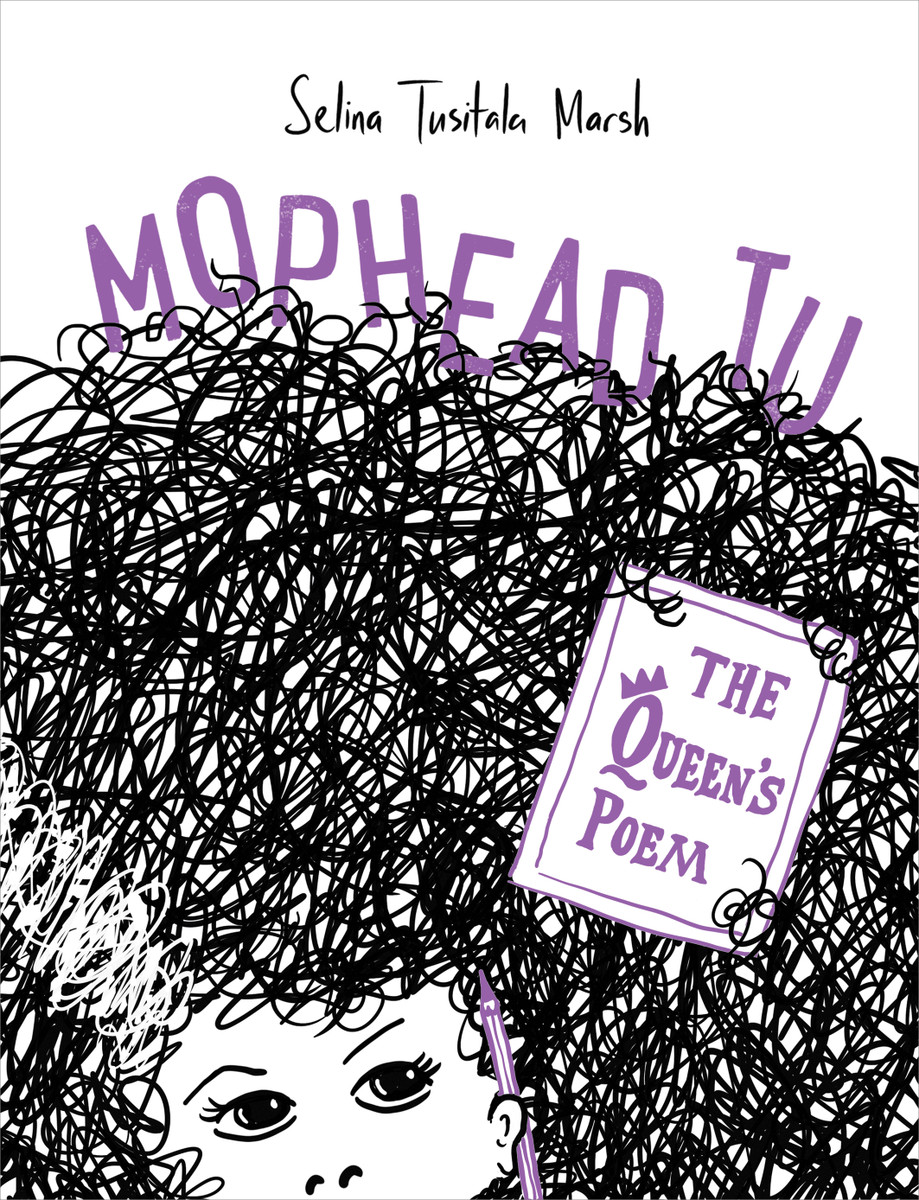 In the sequel to the bestselling Mophead, Selina is invited to read a poem for the Queen in Westminster Abbey. Someone at work calls her a sellout. What will she do?

In her bestselling and award-winning book, Mophead, poet laureate and fast talking PI Selina Tusitala Marsh recounted her experience growing up Pasifika in Aotearoa and realising how her (and your) difference can make a difference.

In Mophead Tu, Selina is crowned Commonwealth Poet and invited to perform for the Queen in Westminster Abbey. But when someone at work calls her a ‘sellout’, Selina starts doubting herself. Can she stand with her people who struggled against the Queen . . . and still serve the Queen?

From the sinking islands in the South Seas to the smoggy streets of London, Mophead Tu: The Queen’s Poem is a hilariously thought-provoking take on colonial histories and one poet’s journey to bridge the divide.

Dr Selina Tusitala Marsh is an Auckland-based Pasifika poet of Samoan, Tuvaluan, English, Scottish and French descent. She was the first Pacific Islander to graduate with a PhD in English from the University of Auckland where she is now an associate professor in the English Department, specialising in Pasifika literature. Her first collection, the bestselling Fast Talking PI, won the NZSA Jessie Mackay Award for Best First Book of Poetry in 2010. Marsh represented Tuvalu at the London Olympics Poetry Parnassus event in 2012; her work has been translated into Ukrainian and Spanish and has appeared in numerous forms live in schools, museums, parks, billboards, as well as print and online literary journals. As Commonwealth Poet (2016), she composed and performed for the Queen at Westminster Abbey. She was New Zealand’s Poet Laureate from 2017–2019. In 2019 she was awarded a Humanities Aronui Medal and was elected a Ngā Ahurei a Te Apārangi Fellow of the Royal Society of New Zealand. She won the Margaret Mahy Book of the Year at the 2020 New Zealand Book Awards for Children and Young Adults for her first children's book, Mophead: How Your Difference Makes a Difference.

'We love [Mophead's] design and production. We love that it’s part picture book, part graphic novel, part memoir, part poem – its form is exactly what it wants and needs to be, which is the message of the book too,' – Jane Arthur, convenor of judges, New Zealand Book Awards for Children and Young Adults

‘Mophead is quirky and visually full of surprises. The story is very funny and, like all good funny stories, it has a sting in the tail. Mophead has much to say about finding that inner strength that allows you to be true to yourself.’ – Gavin Bishop, ONZM

'Altogether, this book is a delight – to hold, to read, to see, and to learn from.' – Bronwyn Elsmore, Flaxroots

'Selina’s living up to the name she inherited from her Tuvaluan grandfather: Tusitala means ‘teller of tales’ – 'Different is okay', Lyn Barnes, thisNZlife.co.nz