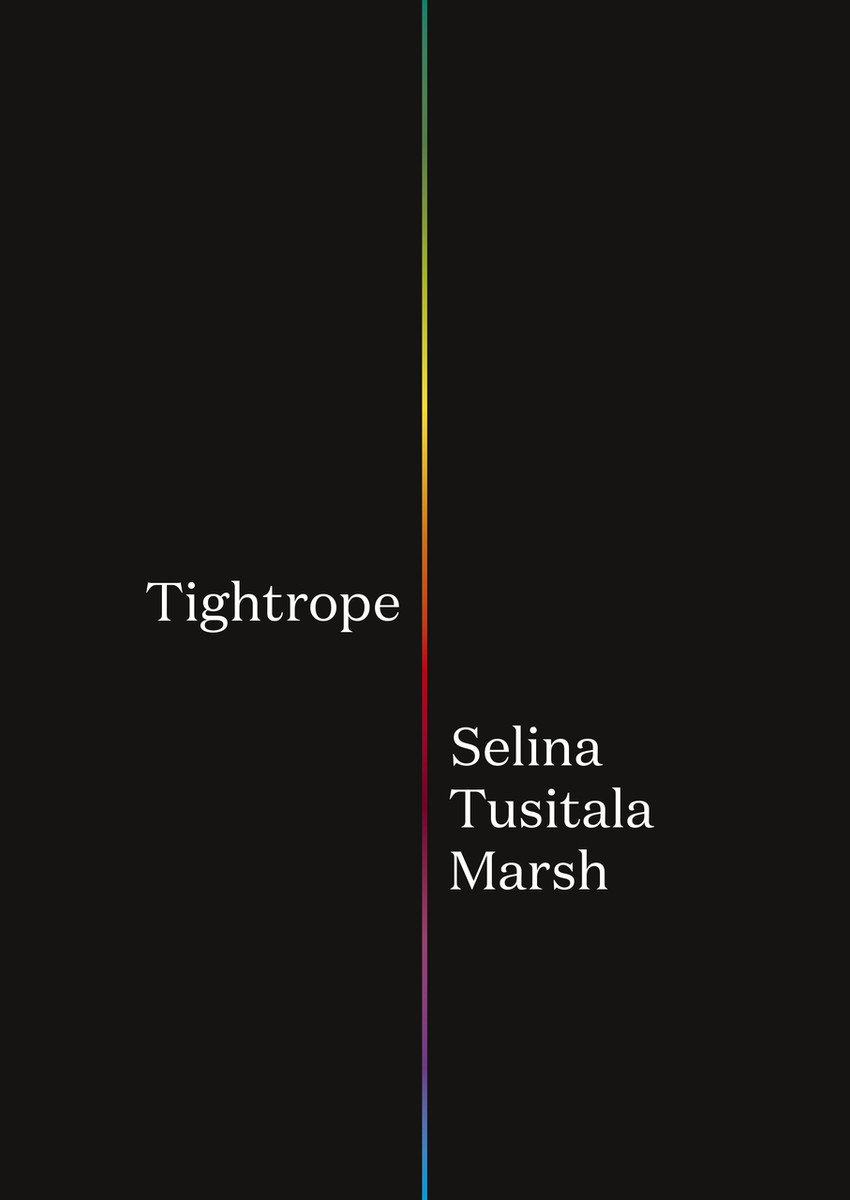 With warrior fierceness and perceptive humour, ‘Fast Talking PI’ Selina Tusitala Marsh upholds the mana of the Pacific as she walks the tightrope of tradition and culture.

We are what we remember, the self is a trick of memory . . . history is the remembered tightrope that stretches across the abyss of all that we have forgotten – Maualaivao Albert Wendt

Built around the abyss, the tightrope, and the trick that we all have to perform to walk across it, Pasifika poetry warrior Selina Tusitala Marsh brings to life in Tightrope her ongoing dialogue with memory, life and death to find out whether ‘stories’ really can ‘cure the incurable’.

In Marsh’s poetry, sharp intelligence combines a focused warrior fierceness with perceptive humour and energy, upheld by the mana of the Pacific. She mines rich veins – the tradition and culture of her whanau and Pacific nations; the works of feminist poets and leaders; words of distinguished poets Derek Walcott and Albert Wendt – to probe the particularities of words and cultures.

Selina Tusitala Marsh’s Tightrope takes us from the bustle of the world’s largest Polynesian city, Auckland, through Avondale and Apia, and on to London and New York on an extraordinary poetic voyage.

I loved the fierceness and strength that Marsh invokes through her writing in Tightrope. Her recognition of identity and the multiple lines that create it is especially crucial in an ever-changing world. Marsh’s own pride is a stunning facet of her identity, and it shows through in her poetry. - Emma Shi, Booksellers NZ

From the early 'Led by Line' to the last verse 'Ka'ena: Leaping Point', connection and interconnection - of blood, word and experience - reigns. For instance, 'Unity', a poem Marsh performed for the Queen, considers the mutability and shared spaces found in the people, cultures and beliefs spanning the Commonwealth. While others, such as 'Apostles', 'Tantrum' 'Tightrope' and 'Like the Time You Were Four' overlap memory, encounter, family and struggle. One step away from grief we may be, but Tightrope also reminds us, particularly in its cadent, performative language, of the joys that make life worth living. - Siobhan Harvey, NZ Herald