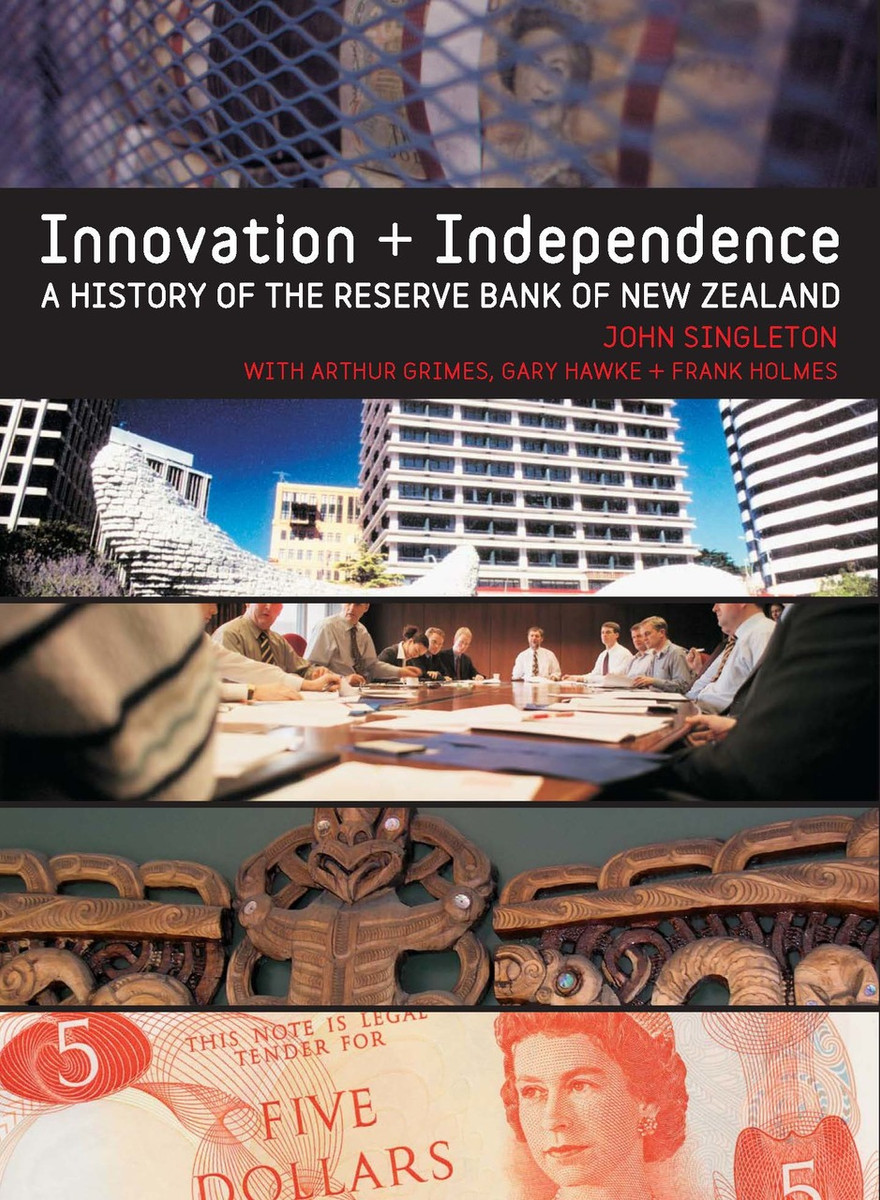 Innovation and Independence: The Reserve Bank of New Zealand, 1973–2002

In the 33 years since the last history of the New Zealand Reserve Bank the world has changed. New Zealanders now closely follow the Reserve Bank Governor’s statements and the Bank’s presence in the national life is strong. The Bank is internationally renowned for its strong mandate to eliminate inflation, having been the first reserve or central bank in the world to adopt the ‘inflation targeting’ approach to monetary policy. The Bank also maintains the integrity of the currency; preserves the stability of the financial system and undertakes a range of activities on behalf of the people of New Zealand.

Innovation and Independence tells the fascinating story of how this small central bank took the opportunities created by the political changes of the 1980s to design a unique institutional policy framework, rather than merely adapt an off-the-shelf overseas package. The Reserve Bank’s operational independence, once revolutionary, is now widely accepted internationally. Eight chapters cover the Bank’s early history and the deepening crises of the 1970s and early 1980s – oil shocks, the reverse in trade terms and the ‘Muldoon years’; the intellectual developments in the Bank leading up to the crucial change of government in 1984; the aftermath of the post-1984 policy revolution and the ground-breaking Reserve Bank Act 1989; inflation targeting; the removal of controls and the development of new forms of registration; and the Bank’s internal cost cutting policies and withdrawal from non-core activities.

There will be strong interest in this prestige, hardback, fully illustrated publication from historians, political and economic commentators, lecturers, students, public servants, public policy analysts, research institutes and, because of the Bank’s role in designing and issuing back notes and coins, from numismatists. Innovation and Independence is published in association with the Ministry for Culture and heritage.

This study has much to commend it. It is fluently written, sensibly organized, and engages the broader environment especially in terms of economic policy, monetary theory, and central banking overseas. – Simon Ville, Business History

Get off the Grass: Kickstarting New Zealand’s Innovation Economy