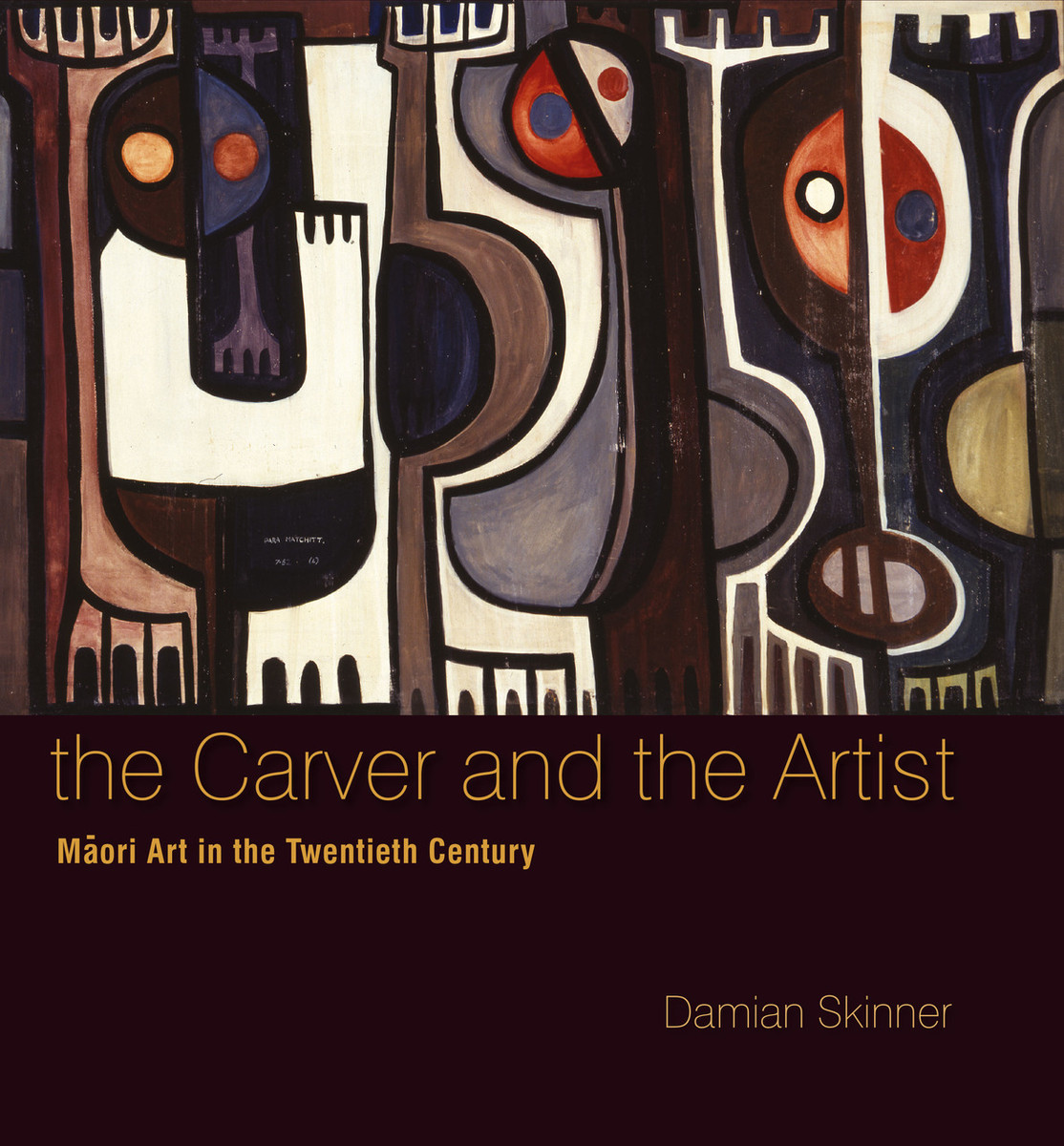 The Carver and the Artist: Māori Art in the Twentieth Century

In The Carver and the Artist Damian Skinner charts the growth and development of the new forms of Māori art that emerged from the rapid urbanisation of Māori in the mid-twentieth century. He tells the story of the customary culture championed by Apirana Ngata at the Rotorua School of Māori Arts and Crafts, and how artists like Arnold Wilson, Para Matchitt and Selwyn Muru, encouraged by Gordon Tovey and the Education Department, reacted against this and constructed a Māori art that engaged with the modern world in which they lived. There was a rich trafficking between tradition and modernism – two seemingly incompatible but not always opposing positions that were the source of a great upswelling of creativity.

Skinner argues convincingly that an understanding of Māori modernism – or of Māori contemporaryy art – must be informed by an understanding of Māoritanga. In this book, the carver values the past, works within the communal framework of Māoritanga and respects the tapu nature of what he does; the artist looks to the present and future, practises as an individual within the studio and is concerned with the essential rather than spiritual nature of the work. But, as the lines between these identities blur and shift, the carver may become an artist and the artist a carver.

Richly illustrated with over 100 colour photographs of works that are not widely known, The Carver and the Artist vividly demonstrates the dynamic way in which Māori art negotiated modernity in the twentieth century.

It’s a hefty size and read, lavishly illustrated with photographs of some of our most influential carvers and artists and their work. – Mana Magazine

He Reo Wāhine: Māori Women’s Voices from the Nineteenth Century