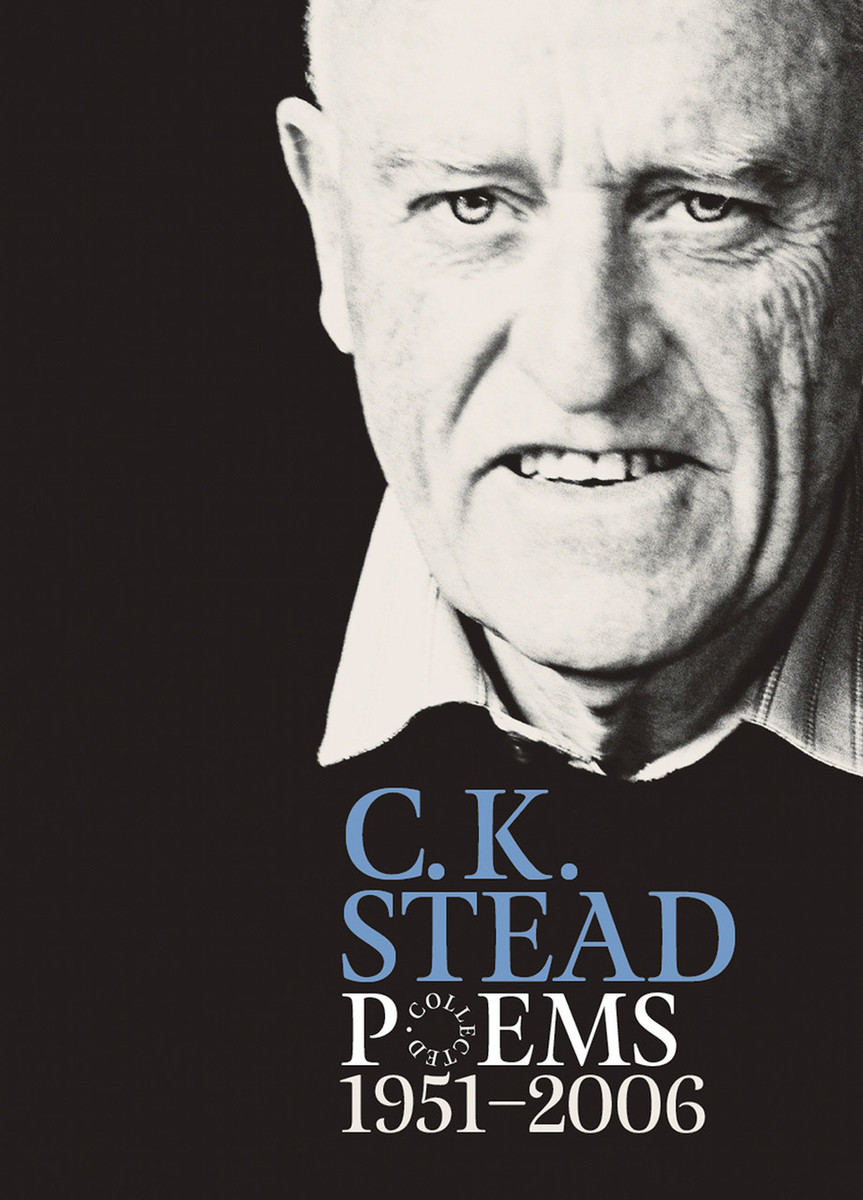 C. K. Stead is New Zealand’s most distinguished living poet. Since publishing his first poems in periodicals like Landfall in the early 1950s, he has experimented with many forms and modes – from open form, free verse, journal composition, quotation and found text to personal lyric, translation and imitation – while always bringing a strong personality, deft craftsmanship and a background of realism to bear on his poetry.

This Collected Poems includes the work of his fourteen volumes of poetry, from his first collection, Whether the Will is Free, to The Black River of 2007. In addition, it reprints 22 early previously uncollected poems that date from 1951 to 1961. Annotated by the author, the Collected Poems illustrates more than fifty years of the range and ambition of Stead’s verse, in which the world always looks ‘hard / at the word and the / word at the world’.

Spanning 55 years in 550 pages, the book has a monumental feel to it. Yet, for all its solid weightiness, it is the brightness and clarity of the poetry that lingers. “Walking westward / you have it all before you…’ Stead began a poem in 1979. Such is the world that opens up before the reader. Miles from gridlocked traffic and urban development, these poems are like a timeless evening walk – be it at Karekare or Takapuna – in the most agreeable and engaging of company. – Gregory O’Brien, Metro

This is the collection that admirers of Stead’s have been waiting for. Sumptuously presented, it offers us the opportunity to chart the development of one of our most distinctive poetic voices. – Listener Books of the Year 2008