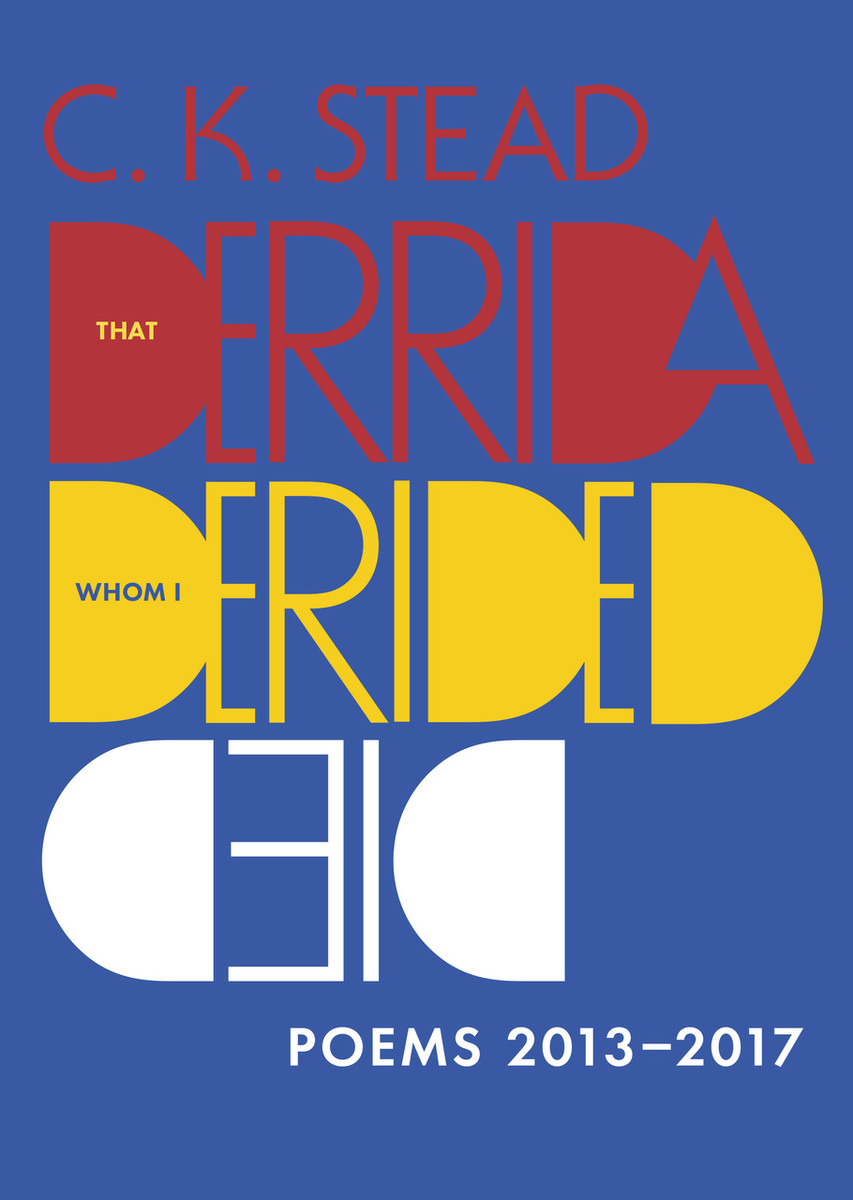 A new collection from New Zealand’s most distinguished living poet

All his life he’d measured
the worth of a work
by its cost in effort.

Only at the last came this
‘certainty of execution’
costing
him next-to-nothing,
receiving his all.

In his eighty-sixth year, C. K. Stead’s new collection leads us deep inside the life of the poet. He looks back at his younger self, remembering old loves and cringing at his ‘lugubrious rhyming’. He writes most often of those who have gone (Jacques Derrida and Allen Curnow, Peter Porter and Sarah Broom, Colin McCahon and Maurice Shadbolt, Lauris Edmond and Ted Hughes) but also of those still with us (Kevin Ireland and Fleur Adcock, Alan Roddick and Bill Manhire, Michael Frayn and Paula Rego, his family, himself caught naked in the mirror – and dancing).  He takes us with him on the poetical life: from Dogshit Park in Budapest to a Zagreb bookshop to the Christchurch Word Festival. The collection includes a series of poems written while the author was poet laureate, including a sequence on World War I in which ‘the Ministry’ requests poems from our reluctant and sometimes defiant laureate, who responds in the salty voice of Catullus that he has made his own so often before.

As always there is, at the centre, poetry itself, what Stead’s old mentor Sargeson called ‘the life of the mind’:

I was the one who believed in poetry –
that it could capture the gull in flight
and the opening flower
and in the blink of an eye
a knock on the door of death.

Commendably, this is Stead’s 17th collection; more significantly, it illustrates just what a powerhouse of poetry this author still is. [...] Collectively, the sophistication and sagacity on show remind us that, at 86, Stead remains as vital and relevant as ever. - Siobhan Harvey, Weekend Herald

There's quite a lot about death and aging [...] warm memories of dead friends and unkind words for dead enemies; a paean to bygone sex appeal and a brief, blunt self-portrait when the mirrors of the Christchurch hotel lift "show me myself / in unwelcome detail, / a very old man. / I had no idea!" - Adam Dudding, Sunday Magazine