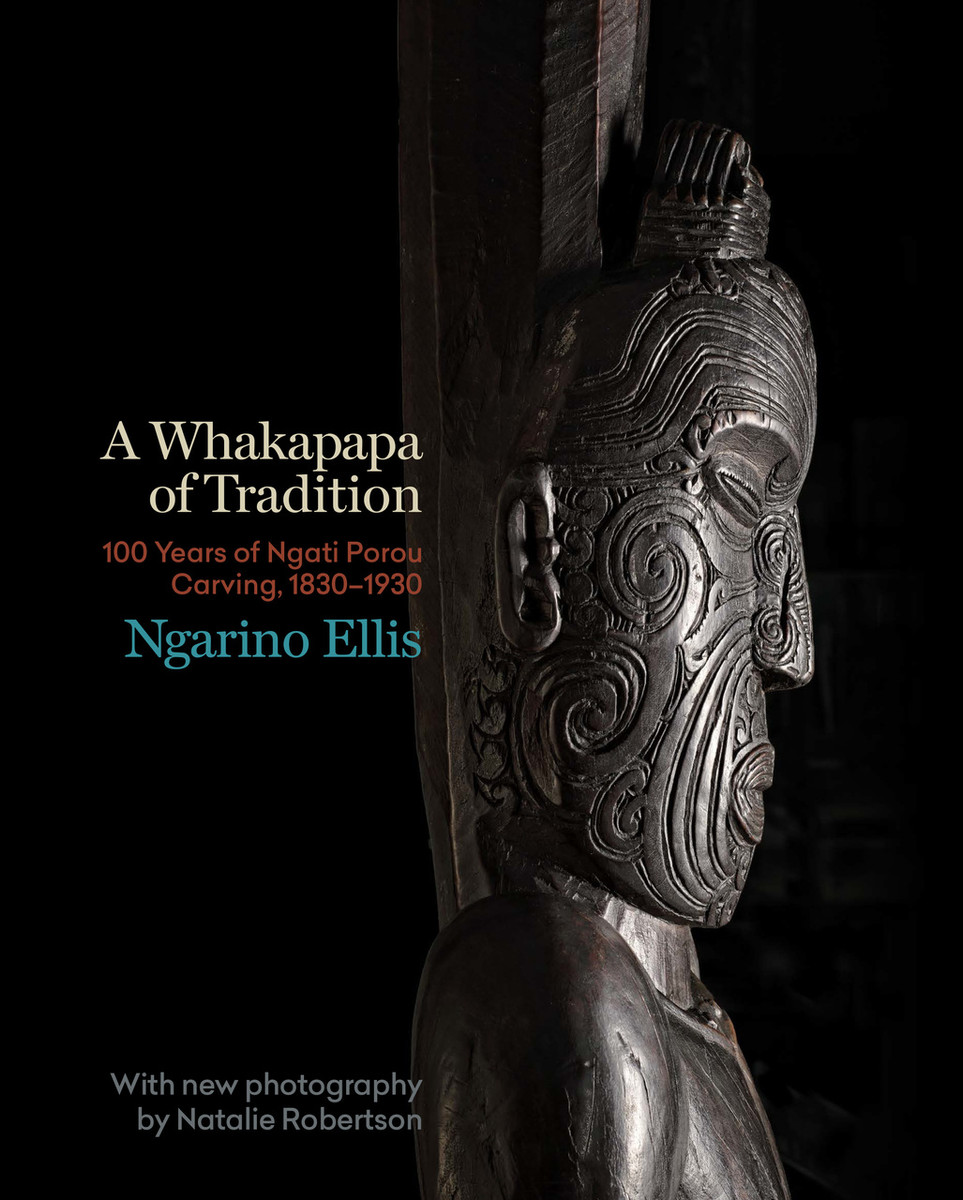 A Whakapapa of Tradition: One Hundred Years of Ngati Porou Carving, 1830–1930

Maori carving went through a rapid evolution from 1830 to 1930. Beginning around 1830, three dominant art traditions - war canoes, decorated storehouses and chiefly houses - declined and were replaced by whare karakia (churches), whare whakairo (decorated meeting houses) and wharekai (dining halls). In A Whakapapa of Tradition, Ngarino Ellis examines how and why that fundamental transformation took place by exploring the Iwirakau school of carving - an ancestor who lived in the Waiapu Valley around 1700, Iwirakau is credited with reinvigorating carving on the East Coast. The six major carvers of his school went on to create more than thirty important meeting houses and other structures, which Ellis explores to tell this story of Ngati Porou carving and a profound transformation in Maori art. A Whakapapa of Tradition also attempts to make sense of Maori art history, exploring what makes a tradition in Maori art; how traditions begin and, conversely, how and why they cease.  Beautifully illustrated with new photography by Natalie Robertson, and drawing on the work of key scholars to make a new synthetic whole, A Whakapapa of Tradition will be a landmark volume in the history of writing about Maori art.

Natalie Robertson’s stunning photos indeed seem to capture some of the spirits of these remarkable pieces. Her pictures hold their own alongside many important historical images and landscape photos that anchor the works in their crucial geographical contexts. – North & South

The book is a wonderful critique of the period and shows how what happened in the 20th century as a natural progression of the challenge that the Iwirakau school laid down. – Aaron Smale, Mana