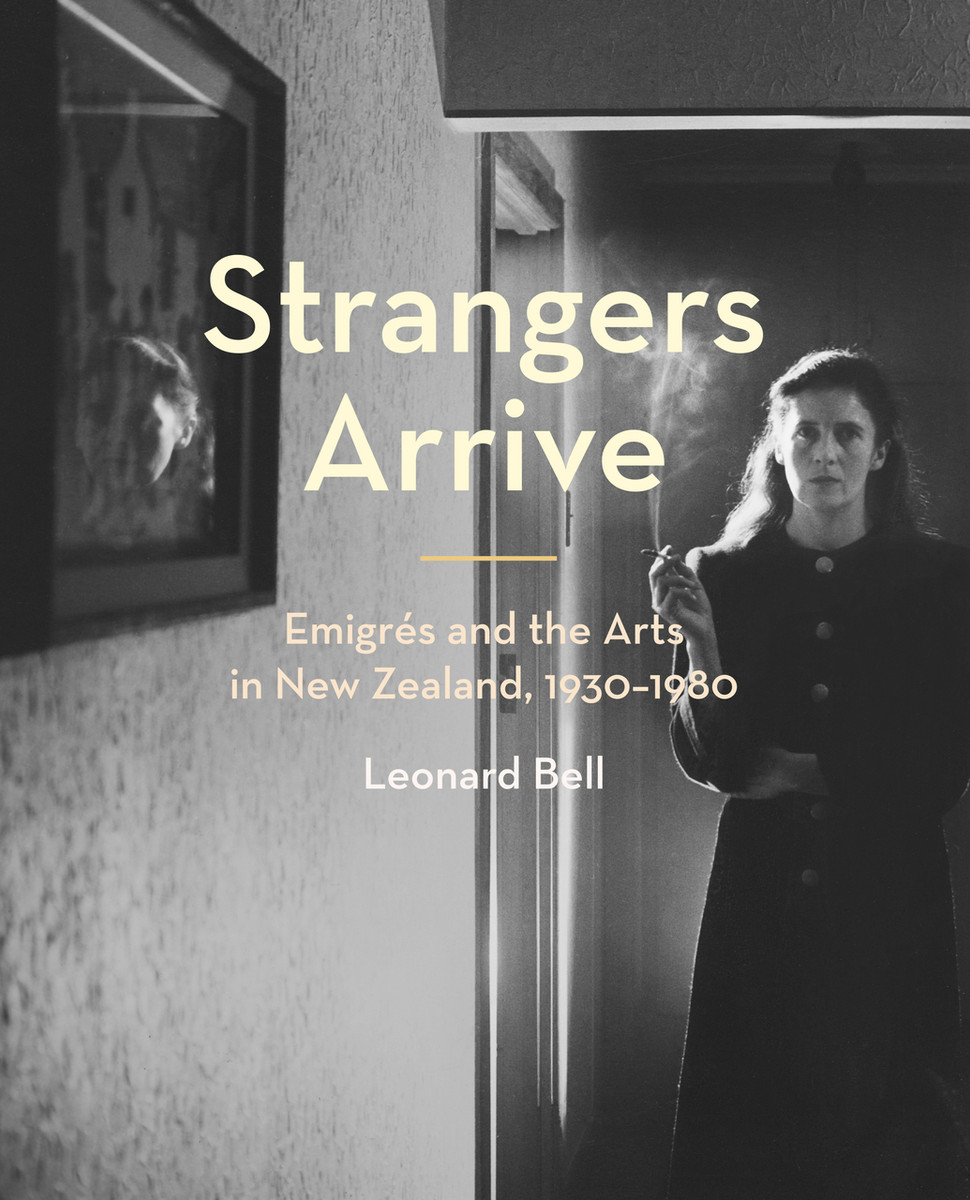 The story of an extraordinary group of refugees who remade New Zealand culture.

None of us had the faintest idea where we were going [but] during 1938–39 . . . the town [Christchurch] was made strangely interesting for anyone like myself, [with the] scattered arrival of ‘the refugees’. All at once there were people among us who were actually from Vienna, or Chemnitz, or Berlin . . . who knew the work of Schoenberg and Gropius. – Anthony Alpers, 1985

From the 1930s through the 1950s, a substantial number of forced migrants – refugees from Nazism, displaced people after World War II and escapees from Communist countries – arrived in New Zealand from Europe. Among them were an extraordinary group of artists and writers, photographers and architects whose European modernism radically reshaped the arts in this country. In words and pictures, Strangers Arrive tells their story. Ranging across the arts from photographer Irene Koppel to art dealer and printmaker Kees Hos, architect Imric Porsolt to writer Antigone Kefala, Leonard Bell takes us inside New Zealand’s bookstores and coffeehouses, studios and galleries to introduce us to a compelling body of artistic work. He asks key questions. How were migrants received by New Zealanders? How did displacement and settlement in New Zealand transform their work? How did the arrival of European modernists intersect with the burgeoning nationalist movement in the arts in New Zealand? Strangers Arrive introduces us to a talented group of ‘aliens’ who were critical catalysts for change in New Zealand culture.

Despite its focus on mid-twentieth-century stories, Strangers Arrive couldn't be more relevant to the climate of today. - Arts News New Zealand

Strangers Arrive is a timely text. As we encounter the greatest refugee outflow the world has ever experienced, we can learn much from the influx of mid-20th century refugees and émigrés, says Bell. - Sally Blundell, NZ Listener

Several of these names will be new to even well-informed readers: for every celebrated Theo Schoon, there is a lesser known Douglas Glass. - Paul Little, North & South