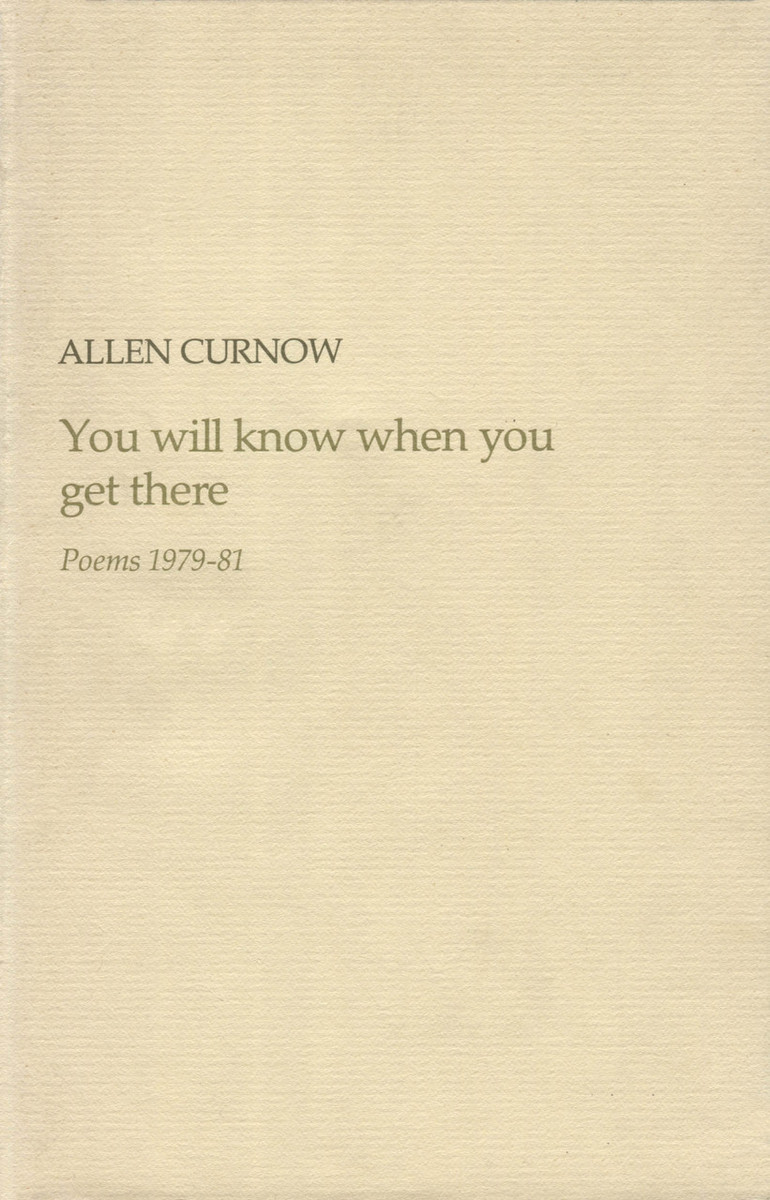 You Will Know When You Get There will be seen to possess a unity of mood and purpose, but Curnow has not called it a ‘sequence’ – perhaps wishing to leave these poems distinct and the unity to take care of itself. The book includes two long poems, each arising from a deepened sense of human fate, sustained by irony and wit. In one of these he finds a ‘fellow being’ in the career and times of the historical Dr Rayner, of Auckland; the other enacts a funeral rite, the movements of a dance in which life and death, fable and fact, are the partners.

Shorter poems, no less than the long ones, reveal an unslackened attention to his world and to the possibilities of poetic form. The New Zealand perspectives are as unmistakable as ever, yet everything here is precisely and purposefully charted – a beach at Karekare or in Sicily, an embassy party in Washington, a windy autumn in Auckland or a wet summer in Paris. Readers of a widely admired poet welcome this testimony to the force of his mind and the resources of his art.

Winner – 1983 NZ Book Award for Poetry – You Will Know When You Get There, Allen Curnow

. . . You Will Know When You Get There is a remarkable volume, even by the highest standards which Curnow’s genius compels one to use: it is yet another ‘big fish’ in the aquarium of his art . . . . One hopes that, as was the case with Yeats, the book will be very long and the music continue – Robert Jackaman, Landfall

The Wandering Mind: What the Brain Does When You’re Not Looking