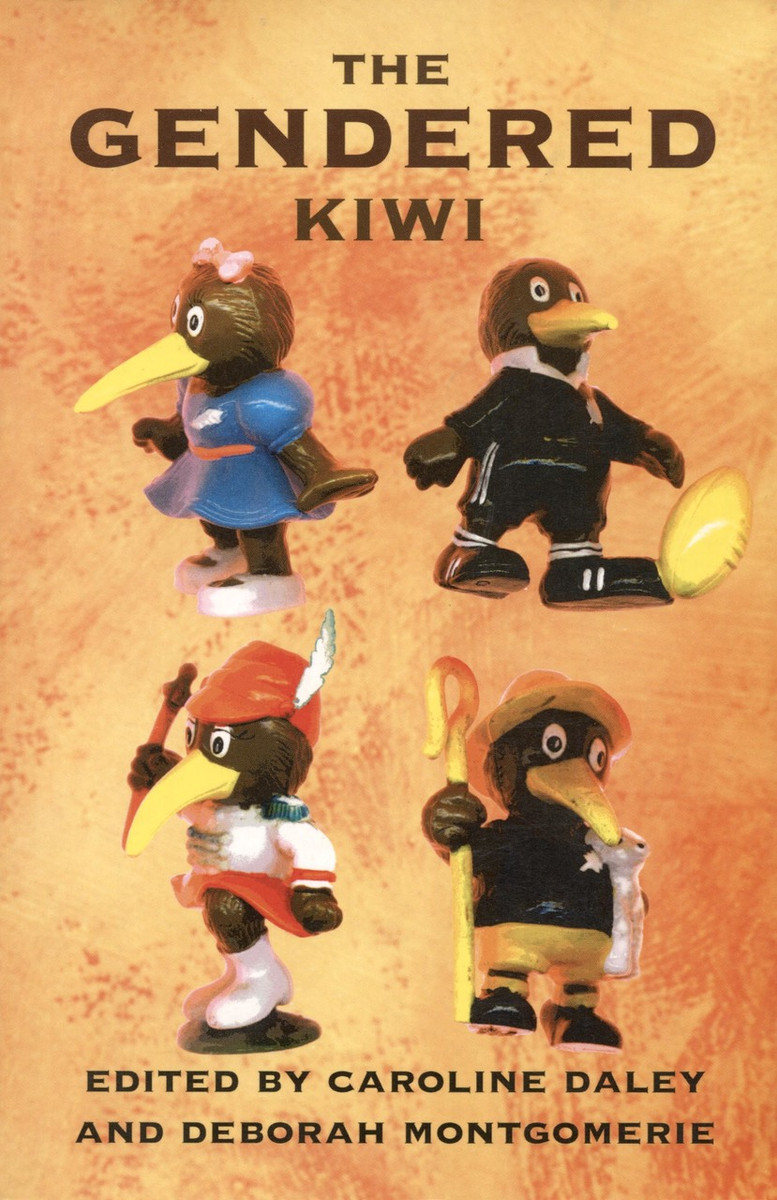 The Gendered Kiwi, a collection of essays, analyses the ways Pākehā masculinity and femininity – gender relations – have changed over time. It brings together previously unpublished essays on topics as diverse as 1930s fashion and feminist men in the 1970s. Scholars such as Charlotte Macdonald re-open the debate about whether colonial New Zealand was really a man’s country, while Jock Philips asks new questions about late-twentieth-century leisure. Other writers canvass the stresses of depression-era masculinity, men’s and women’s different use of public space, office politics and power dressing. Gender relations and the family are a theme in several essays, including those about the colonial family, nineteenth-century criminal trials and World War II.

The Gendered Kiwi builds on existing work in men’s and women’s history and points to new ways to analyse New Zealand’s past.

I urge those interested in New Zealand history to buy this book now for their collections. – Hilary Stace, Evening Post

Changing Gears: How to Take Your Kiwi Business from the Kitchen Table to the Board Room

Gearing Up: Leading your Kiwi Business into the Future