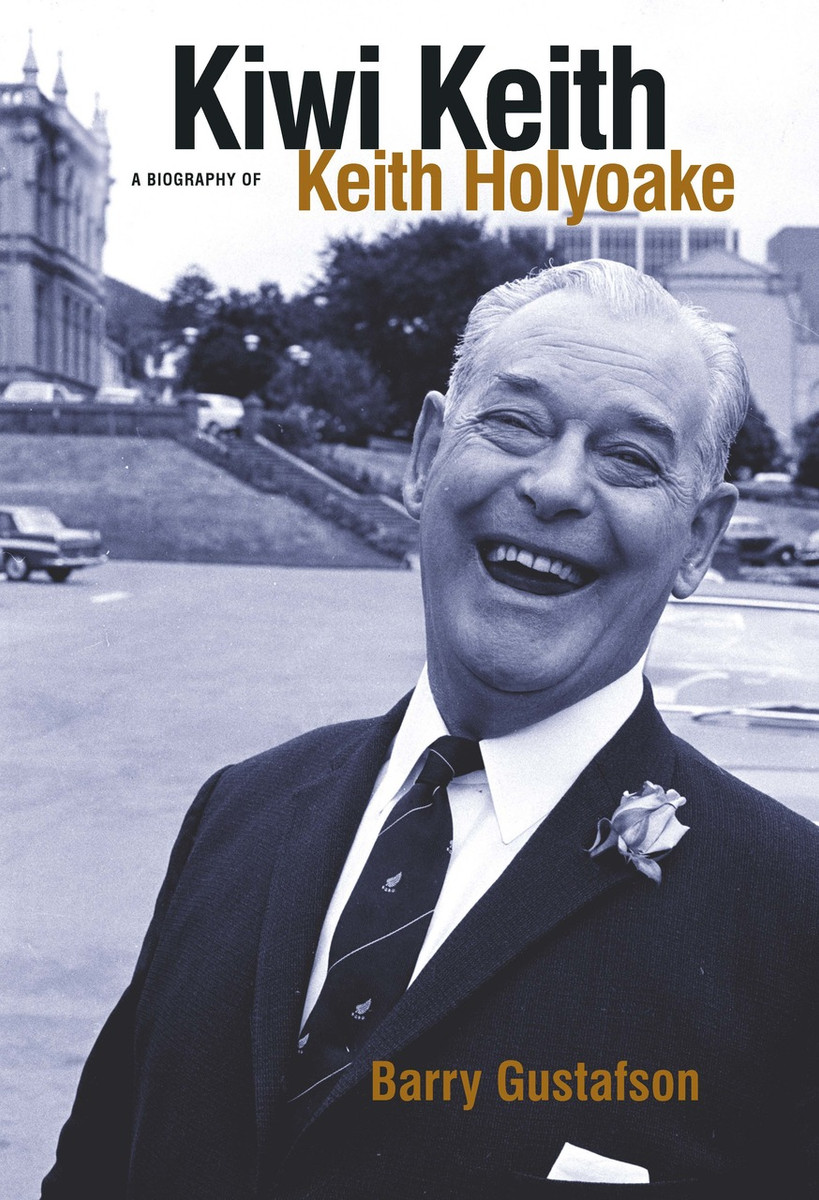 One of our great farming politicians, Holyoake was Prime Minister for over eleven years chiefly in the 1960s, Governor General from 1977 to 1980 and an MP for over 40 years.

Though ‘Kiwi’ Keith was often derided as pompous and unprincipled, a master of consensus and compromise, Gustafson shows a man with astute understanding of people and political issues, skilled at defusing division and preserving order while encouraging gradual progress. He explores in depth Holyoake’s performance as Minister of Foreign Affairs, his opposition to nuclear testing and his very reluctant commitment to assist the Americans in Vietnam. He shows his support of economic diversification and the strengthening of New Zealand’s economy; of the liberalisation of the criminal law, of divorce laws, of licensing hours and of the establishment of an Ombudsman. He also covers Holyoake’s impressive skills as a party politician and his love of hard work and lively debate, his pleasure in working with his hands especially at his property at Kinloch.

In Kiwi Keith, Gustafson deftly sets Holyoake’s life in the context of a complex and changing society, revealing his ability to sense the spirit of the times, to exploit the luck that came his way and to stay in power for so long.

Sir Keith Holyoake, New Zealand’s most successful post-war Prime Minister, has waited a long time for the biography he deserved or any comprehensive assessment for that matter. . . . This book will surprise everyone who used to use the sobriquet “Kiwi Keith” in irony, believing the pompously spoken Wodehouse character was not much like the rest of us. – John Roughan, NZ Herald