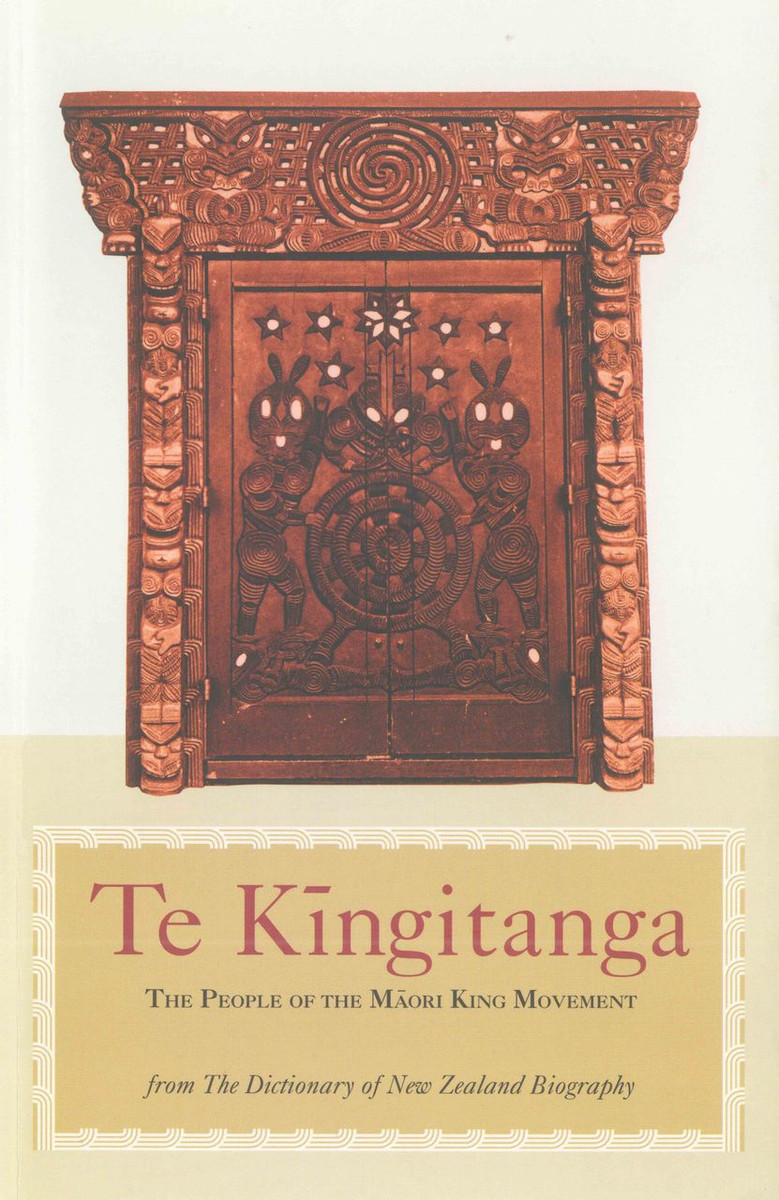 From the Dictionary of NZ Biography

Te Kīngitanga marks a milestone in the history of the King Movement – the settlement of the Tainui Waikato Raupatu claim and the royal apology given by Queen Elizabeth II.

These biographies of fourteen Kīngitanga leaders, from Pōtatau to Te Rata, tell the story of the movement in its first century. Te Kīngitanga documents the struggle with colonial authority, the confiscation of over a million acres, the establishment of aukati (the King’s boundary), the period of self-imposed isolation in which the principles of the kingdom were developed, the refusal to compromise, and the efforts to regain what was lost. This history also records the resurgence of the movement in the twentieth century.

To Māori followers in the nineteenth century, the King movement represented a sacred pact between the king and subjects; it established territories over which the King’s writ would run; it was the guardian of its subjects’ lands and the repository of mana for the Māori people. It was the Māori kingdom of Aotearoa.

To Pākehā, it was a land league to shut out settlement, a treacherous rebellion against Queen Victoria, and a dissident attempt at self-government. Some observers wrote it off as a failure even when it had barely begun.

A hundred years later it was still a vigorous force in New Zealand society; more than 140 years later the King movement combines the non-negotiable principles of mana Māori with the leadership of its people. It’s achievements are recorded and celebrated in this book.

These biographies from the first three volumes of The Dictionary of New Zealand Biography are introduced by a brief history of the King movement by Angela Ballara. The first imprint of Te Kīngitanga was produced with the support of Te Arikinui Dame Te Ātairangikaahu, Sir Robert Te Kotahi Mahuta and the Tainui Māori Trust Board.