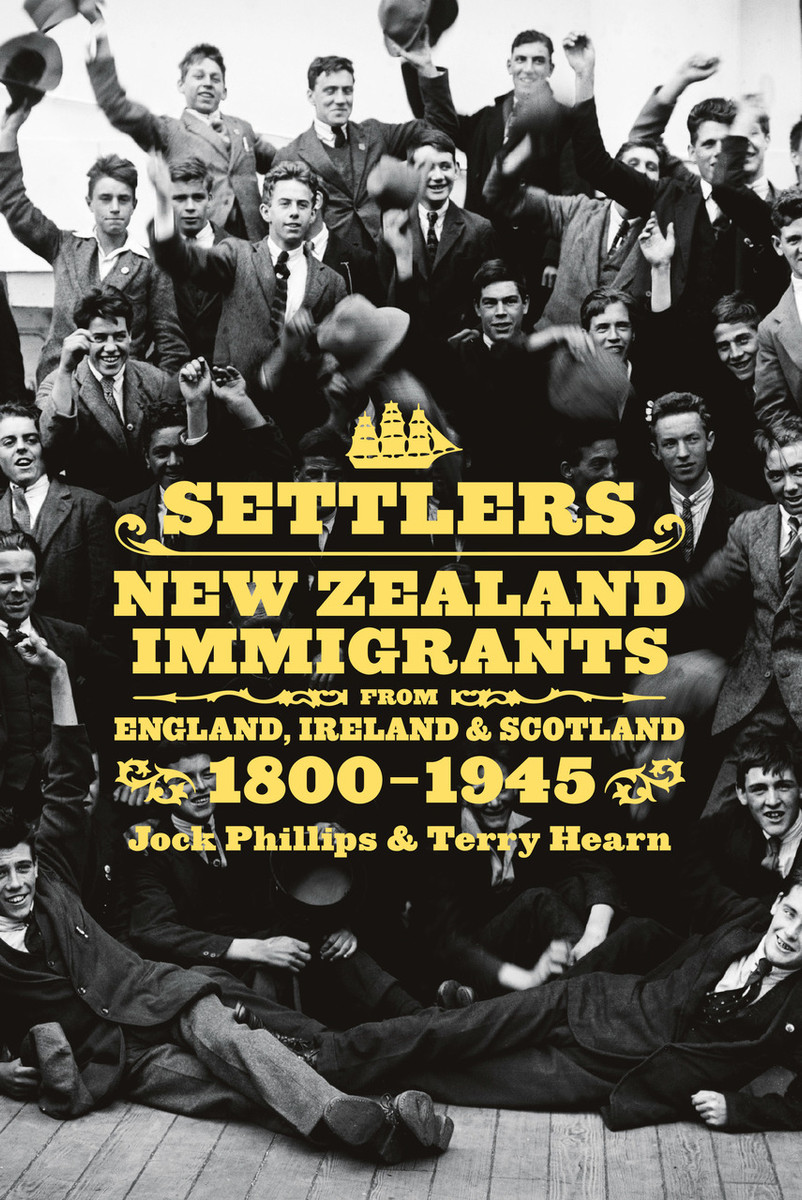 Who were our Pākehā ancestors? Did our forefathers and mothers come from particular areas of Britain, did they tend to be rural or city folk, were they Catholics or Protestants, farmers or factory workers? Drawing on a major analysis of death registers and shipping records as well as hundreds of biographical accounts of individuals and families, Settlers gives the first comprehensive account of the origins of Pākehā New Zealanders.

Phillips and Hearn use individual examples of immigrants and their families, vividly depicted in the numerous illustrations, and show that these settlers were a distinctive group. They were predominantly rural dwellers practising pre-industrial crafts, Low-Church Protestants and as often of Celtic as Anglo-Saxon heritage. They added elements of their diverse cultures to the new land – from Cornwall’s meat pies to Scotland’s country shows – and their shared characteristics shaped New Zealand’s culture and history, from the movement for temperance and women’s suffrage to New Zealanders’ enthusiasm for the outdoors.

Settlers makes a significant contribution to understanding the origins of Pākehā New Zealand.

This beautifully written and attractively presented book seeks to establish the origins and nature of British and Irish migration to New Zealand from the early 1800s until the end of the Second World War. Settlers makes a very significant contribution to our history and is a wonderful teaching resource. Readers will enjoy the delightful cameos and evocative images. – Lyndon Fraser, NZ Journal of History

The New Zealand Family from 1840: A Demographic History