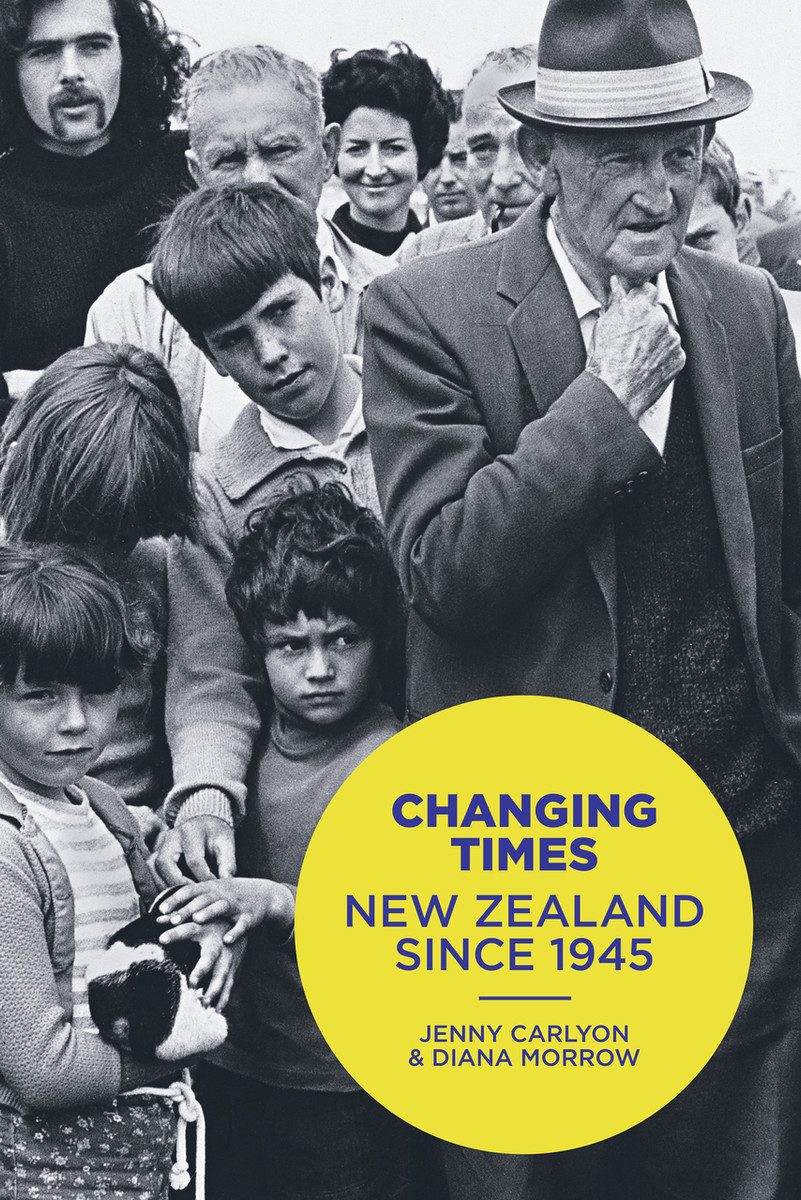 Changing Times takes us inside the dramatic transformation of New Zealand life in the last seventy years.

Pirate radio in the Hauraki Gulf and the first DC8 jets landing at Māngere; feminists liberating pubs and protests over the closing of Post Offices; kōhanga reo and carless days: Changing Times is a history of New Zealand since 1945. From a post-war society famous around the world for its dull conformity, this country has become one of the most ethnically, economically and socially diverse countries on earth. But how did we get from Nagasaki to nuclear-free? What made us embrace small-state, free-market ideology with such passion? And were we really leaving behind a society known for its fretful sleepers and ‘the worship of averages’? In Changing Times, Jenny Carlyon and Diana Morrow answer those questions, taking us from the ‘Golden Weather’ of post-war economic growth, through the globalisation, economic challenges and protest of the 1960s and 1970s, and on to the free market revolution and new immigrants of the 1980s and 1990s. Throughout, stories from the lives of New Zealanders are key: a tank driver yelling in his sleep after World War II, a woman in the Wairarapa discovering The Feminine Mystique, a Tapawera forestry worker losing his job. This is a powerful history of the transformation of New Zealand life.

I have read and thoroughly enjoyed Jenny Carlyon and Diana Morrow’s previous Auckland-centred histories and I can say that this book was just as good. - Marion Dreadon

Changing Times takes us through important transitions, from the mid-1940s in a thematic and chronological approach, which serves readers well. - Barbara Brookes