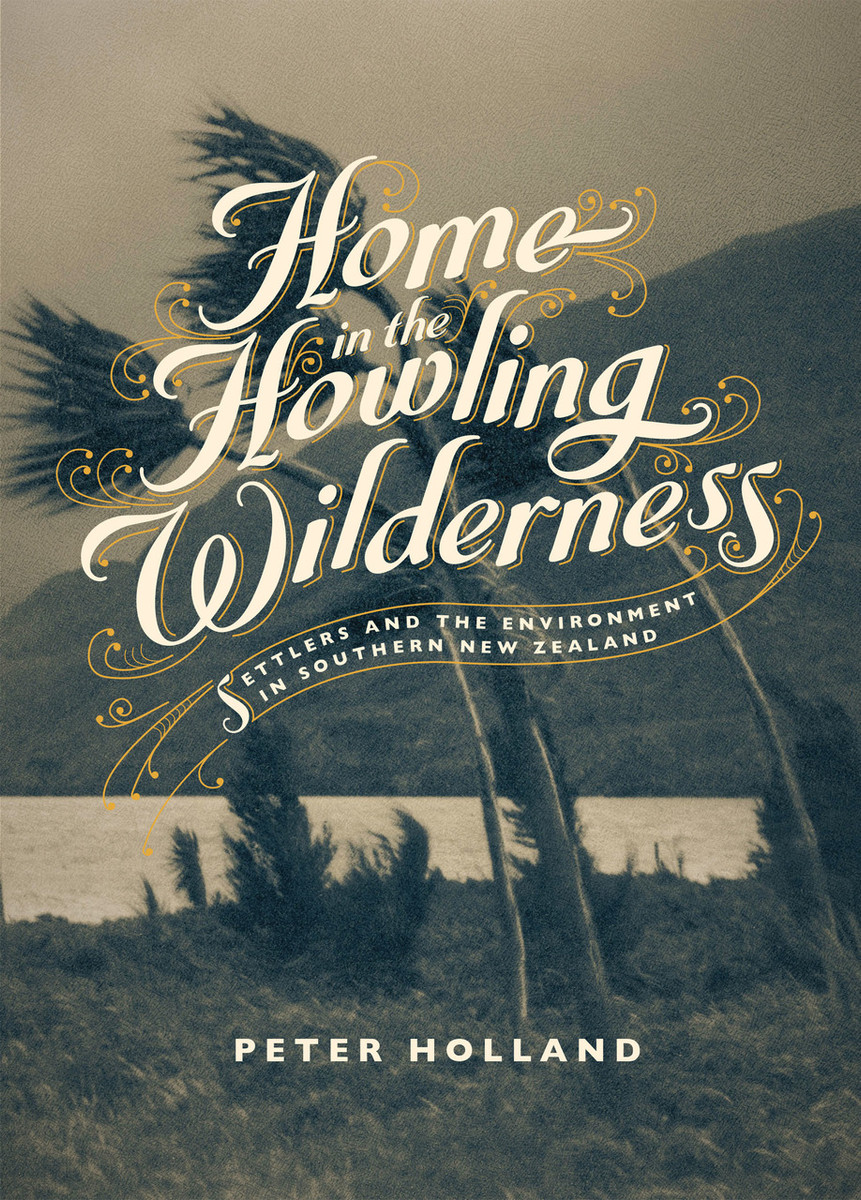 A major new account of Pākehā and the land in New Zealand.

During the nineteenth century European settlers transformed the environment of New Zealand’s South Island. They diverted streams and drained marshes, burned native vegetation and planted hedges and grasses, stocked farms with sheep and cattle and poured on fertiliser. In Home in the Howling Wilderness Peter Holland undertakes a deep history of that settlement to answer key questions about New Zealand’s ecological transformation. Did the settlers pursue farming regardless of the ecological consequences? Did they impose European plants, animals and farming methods on a very different environment? And did their efforts lead to the erosion, rabbit plagues and declining soil fertility of the late nineteenth century?

Drawing on letter books and ledgers, diaries and journals, Peter Holland reveals how the first European settlers learned about their new environment: talking to Māori and other Pākehā, observing weather patterns and the shifting populations of rabbits, reading newspapers and going to lectures at the Mechanics’ Institute. Examining the knowledge they built up by these routes, Holland lays out how the settlers grappled with droughts and floods, worked out which plants and animals made sense, and worked out how to beat erosion and rabbits.

As the New Zealand environment threw up surprise after surprise, the settlers who succeeded in farming were those who listened closely to the environment. They learned to predict weather more accurately, to farm differently with different soil types, to use different techniques of  land management. In its depth and breadth of research, and with a visual component of 16 photographs and 22 figures, Home in the Howling Wilderness is a major new account of Pākehā and the land in New Zealand.

This rigorous account of early European pastoral settlers in southern New Zealand traces the slow accretion of experience and observation in a new land. It will appeal to all with an interest in early rural settlement. - Charles Dawson, Environmental History (19:1)

Scholarly, well researched, and jargon-free, Home in the Howling Wilderness should be read with interest by southerners. - Dr MacLean, Otago Daily Times

[Holland] has meticulously researched the ways in which early settlers learned about, and responded to  the challenges of this unfamiliar environment, drawing on farmers’ dairies, letter books, ledgers, newspaper articles and other available sources. This book will be a valuable resource to all scholars of New Zealand historical geography and environmental history. - Catherine Knight