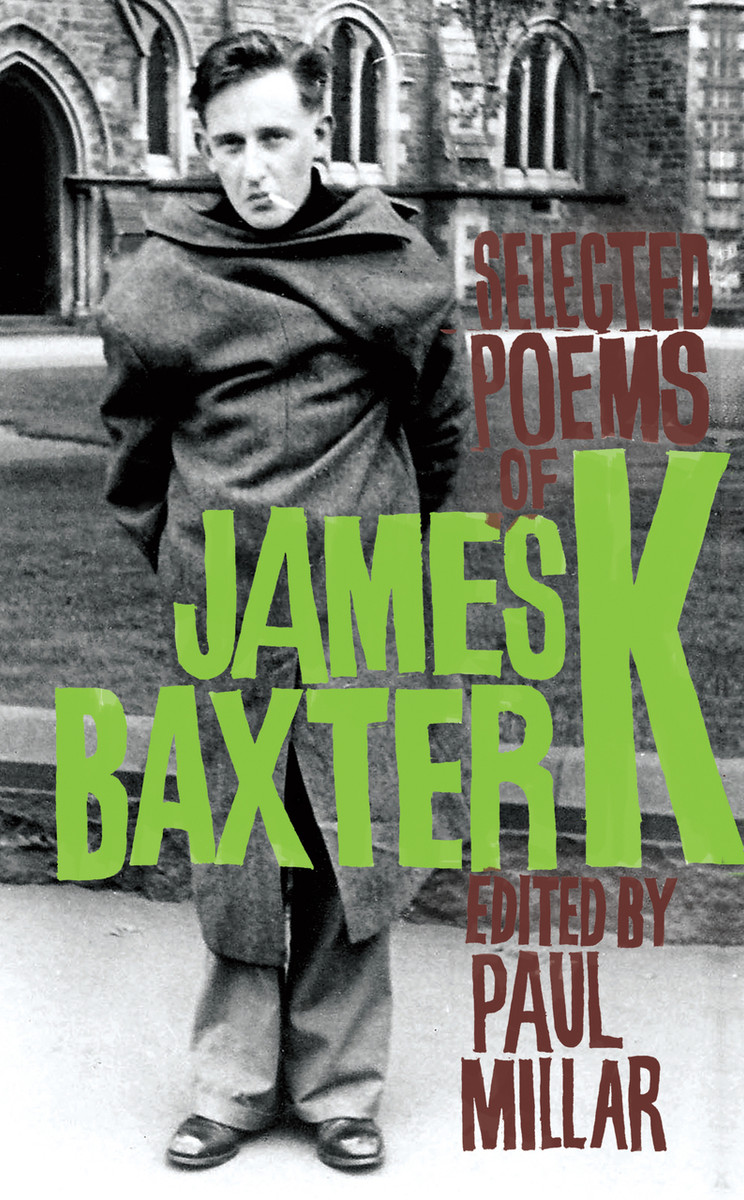 By 1972, when James K. Baxter died aged just 46, his colourful life and distinctive poetry had captured the imagination of New Zealanders as no literary figure before him. Selected Poems of James K. Baxter is a new generous and authoritative selection of Baxter’s verse for general readers and students by New Zealand’s leading Baxter scholar, Paul Millar.

With a range of poems from the 1940s, 1950s, 1960s and the Jerusalem period, full texts of major sequences ‘Pig Island Letters’ and the ‘Jerusalem Sonnets’, and key new poems directly from manuscript, Millar’s selection reveals the breadth of Baxter’s achievement, not merely its peaks – from the comic and bawdy to the political and devotional.

Selected Poems of James K. Baxter also includes an insightful introduction by Millar and short prefaces to the four parts, plus four Baxter photos, useful notes, a glossary of Māori words and index.

An affordable addition to the nation’s bookshelves, this fresh selection delivers a generous helping from the overflowing kete of this wayward genius. – Jeffrey Paparoa Holman, The Press

This is a fine book, a wonderful place to start for those who don’t know Baxter’s work. – Bill Manhire, Poetry London

Selected Poems of James K Baxter, with its comprehensive explanatory notes and glossary of Maori words and phrases, has arrived at the right time for an objective assessment of New Zealand's charismatic major poet. Even the cover photograph of Baxter, coat reversed, strides defiantly unsmart, snapped in front of neo-gothic academia, offers a clue to the “gap” from which his genius grew. We should be grateful for the wisdom of Millar's selection. –  Margaret Christensen, Oamaru Mail