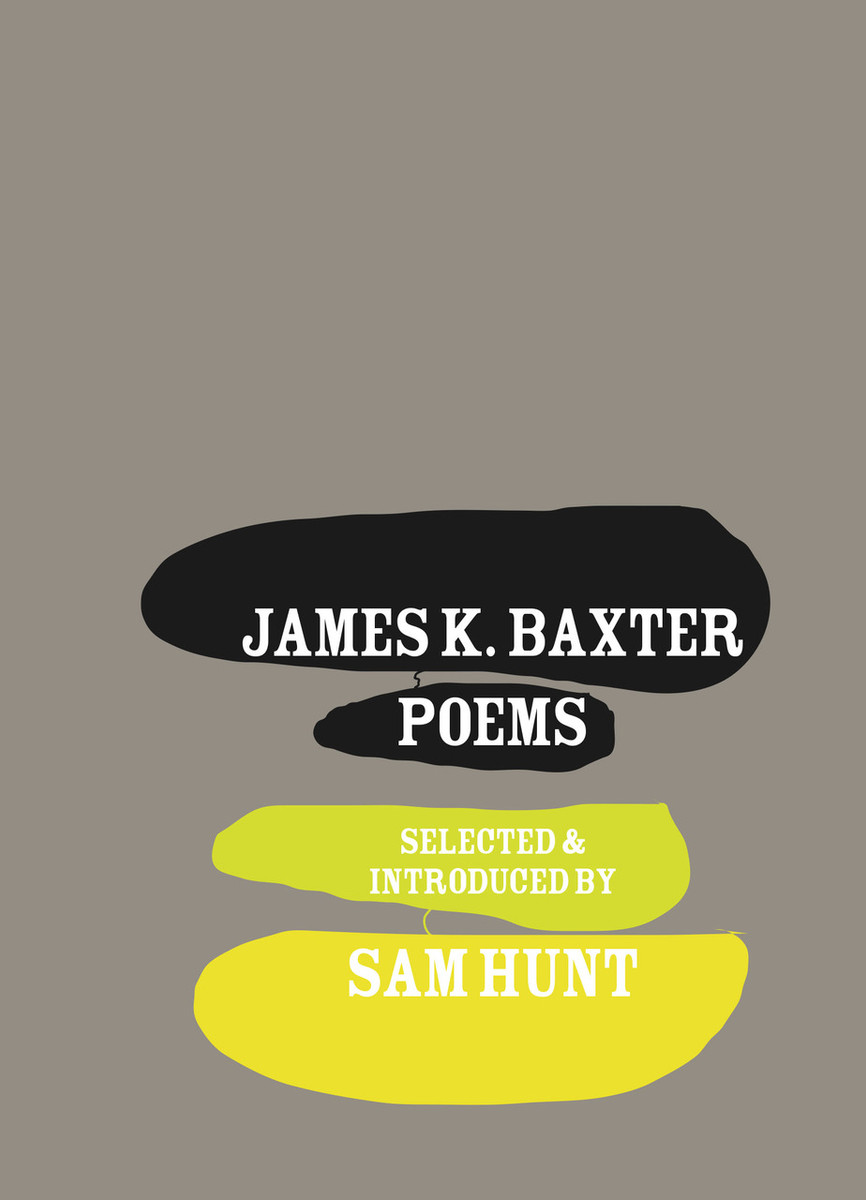 Poet and performer Sam Hunt first became aware of the poems of James K Baxter as a schoolboy. Aged 14, he was strapped for reciting Baxter’s poem ‘Evidence at the Witch Trials’ in an English lesson (one of the final in a series of events resulting in his expulsion from college). James K. Baxter later became a friend and mentor who greatly influenced the unconventional poetic course Sam Hunt’s life would take.

Here, Hunt offers a selection of 50 poems by Baxter that have made an indelible impression on the grooves of his brain and tongue; poems he has lived with, road-tested and recited around New Zealand for more than 40 years. Hunt has included in the selection a range of the very familiar and the less familiar of Baxter’s poems, dating from 1945 to 1972. In his substantial introduction, Hunt offers his memories of Jim Baxter and explains his selection.

James K. Baxter: Poems offers a fresh, uniquely personal look at the work of Baxter, a rare insight into the creative relationship between two leading writers, and reminds how crucial it is that we listen to our poets.