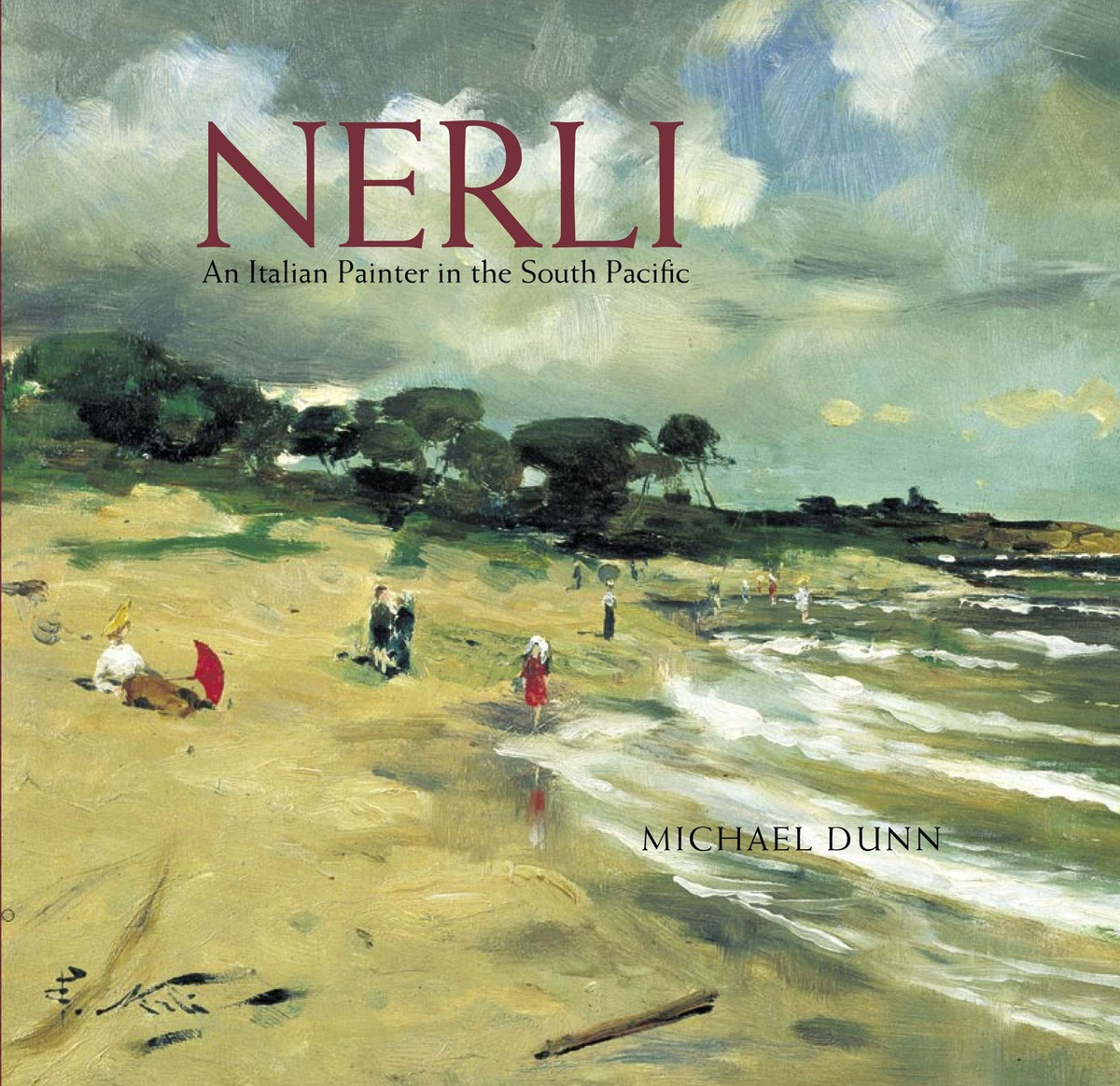 Nerli: An Italian Painter in the South Pacific is the first major study of the Italian painter Girolamo Pieri Nerli, who spent the last two decades of the nineteenth century in Australia and New Zealand and is best known as a teacher of Frances Hodgkins.

Nerli painted a wide range of subjects in a wide range of styles and is associated with the introduction of impressionism to the antipodes. Though he returned to Italy his most important work, which shows an appealing liveliness with paint, was done in the South Pacific and most of it remains here. His best paintings, full of colour and warmth often with attractive human subjects, have continuing appeal and relevance to both Australia and New Zealand at an important turning point in their cultures.

Nerli includes an introductory text of two chapters, the first on Nerli’s life and personality, the second on his painting, accompanied by black and white photographs and reproductions setting the context and evoking the era. This is followed by 40 full-page full-colour reproductions of the most important paintings, each with commentary on the facing page. The book also features a chronology, a bibliography, an appendix reproducing some vivid letters written by Nerli and his wife, and a list of exhibitions.

Michael Dunn’s generously illustrated new book . . . focuses on Nerli’s own canvases. It functions as a major retrospective in print form, and the artist emerges as a more impressive figure than hitherto supposed. – Iain Sharp, Sunday Star-Times

Nuanua: Pacific Writing in English since 1980