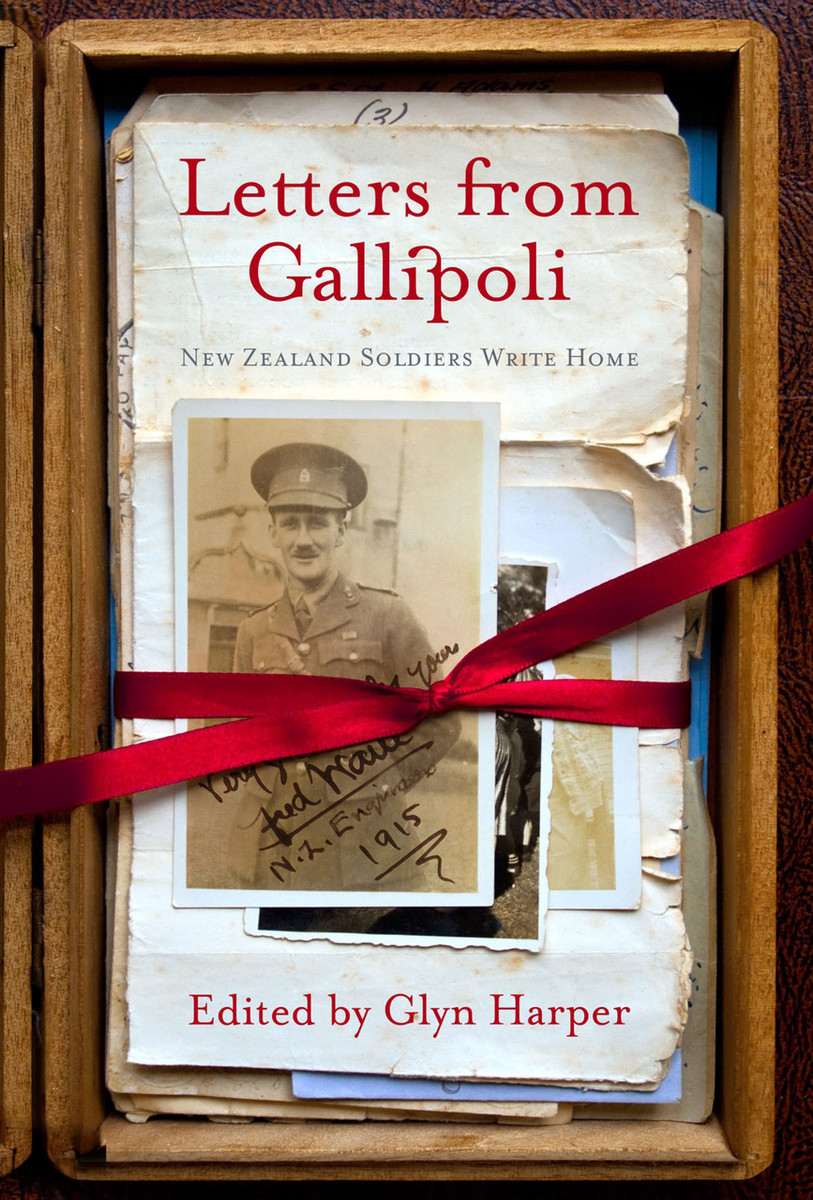 Letters from Gallipoli offers a powerful first-hand account of a pivotal event in New Zealand’s history that will not fail to move and inspire readers.

The campaign at Gallipoli in 1915 looms large in New Zealand’s cultural memory. But what did the soldiers think of their time there? Here Glyn Harper lets these men speak for themselves, telling the story of the campaign through the letters of those who fought on the peninsula.

The revealing, often heartbreaking correspondence is grouped into chronological chapters – from preparation and landing to the burial truce, the August offensive on Chunuk Bair and the December withdrawal. The letters highlight the fortitude and comradeship that got the men through the trials of day-to-day life in the trenches: ‘heat, flies, bully-beef, broken sleep, night and day shooting or fighting or working’. Their details are poignant: praise for Australian mates and complaints about ‘Tommies’; reports of female Turkish snipers; jubilation at ground gained and heartfelt sorrow at friends killed. At times the soldiers put on brave faces and spin upbeat yarns about their experiences; at others they wrestle with the harrowing conditions and inadequate writing equipment to express, as clearly as they can, what war is like.

Harper chose the 190 letters in this book, most of them previously unpublished, from more than 600 that he collected from archives, newspapers and family collections, and complements them with a comprehensive introduction, biographical notes on the letter writers, new maps and historic photographs.

Professor Harper had done some masterly detective work evident both in his selection of letters from all arms and branches of the New Zealand army. He includes those generally left out, such as nurses, doctors, chaplains, and Red Cross helpers. He selects letters from all ranks and from a wide representation of the geographical representation of the New Zealand army on Gallipoli. . . . The book deserves to be widely read and ought for many years come to educate as well as inform us about on the truth of Gallipoli. – Frank Glen, NZ Military Historical Society Journal

Harper, a retired lieutenant colonel who served in both Australia and New Zealand, is professor of Military Studies at Massey University. He’s perfectly placed to offer this gripping, multi-threaded view of a  conflict that is difficult to imagine, despite the carpet-bombing of literature and writing that has preceded it. – Cameron Williamson, Your Weekend

It might seem so many books have been published recently about New Zealand's involvement in the Gallipoli campaign in WWI that there is no need for another one. But Letters From Gallipoli is different. It warrants being part of every Gallipoli library. . . . Letters From Gallipoli has the immediacy and spontaneity of a diary. But there are no quotes from any diaries. Each letter is a snapshot of how young New Zealanders saw their situation, and how much they felt they could share with their families. It is a priceless resource for future understanding of a watershed generation of New Zealanders. – Oliver Riddell, Otago Daily Times

The New Zealand Family from 1840: A Demographic History