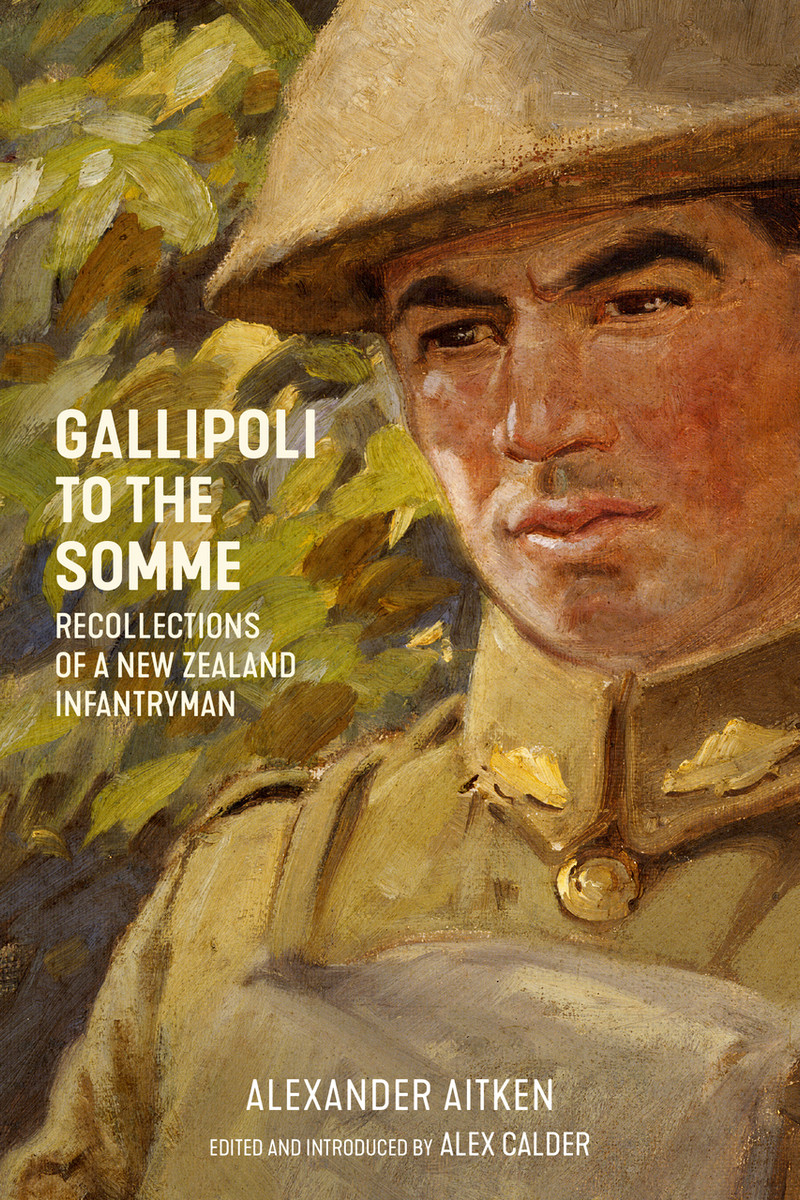 The most vivid and moving memoir of World War I by a New Zealand soldier.

Alexander Aitken was an ordinary soldier with an extraordinary mind. The student who enlisted in 1915 was a mathematical genius who could multiply nine-digit numbers in his head. He took a violin with him to Gallipoli (where field telephone wire substituted for an E-string) and practiced Bach on the Western Front. Aitken also loved poetry and knew the Aeneid and Paradise Lost by heart. His powers of memory were dazzling. When a vital roll-book was lost with the dead, he was able to dictate the full name, regimental number, next of kin and address of next of kin for every member of his former platoon – a total of fifty-six men. Everything he saw, he could remember.

Aitken began to write about his experiences in 1917 as a wounded out-patient in Dunedin Hospital. Every few years, when the war trauma caught up with him, he revisited the manuscript, which was eventually published as Gallipoli to the Somme in 1963. Aitken writes with a unique combination of restraint, subtlety, and an almost photographic vividness. He was elected fellow of the Royal Society of Literature on the strength of this single work—a book recognised by its first reviewers as a literary memoir of the Great War to put alongside those by Graves, Blunden and Sassoon.

Long out of print, this is by some distance the most perceptive memoir of the First World War by a New Zealand soldier. For this edition, Alex Calder has written a new introduction, annotated the text, compiled a selection of images, and added a commemorative index identifying the soldiers with whom Aitken served.

Gallipoli to the Somme is worthy of republication. - Jock Phillips, NZ Books

Gallipoli to the Somme thoroughly deserves its reputation as a war classic. Readers will not find a better description of the New Zealand experience on the Somme. Nor will they find a better examination of what Aitken called ‘‘the gossamer thinness of the partition between life and death’’ which was the lot of the New Zealand soldier of World War I. - Glyn Harper, Sunday Star Times

Gallipoli to the Somme astonishes not just through extraordinary detail but also for the consistent humanity it displays. Aitken genuinely knew the men in his platoon, not just their names and numbers, and his memoir describes his comrades’ lives with affection and compassion. The unspeakable is generally left unspoken; but Aitken, who rose from private to second lieutenant, nevertheless conveys the essence of what he saw, with a nightmare clarity that blossoms in the imagination. - Samuel Finnesmore, Listener