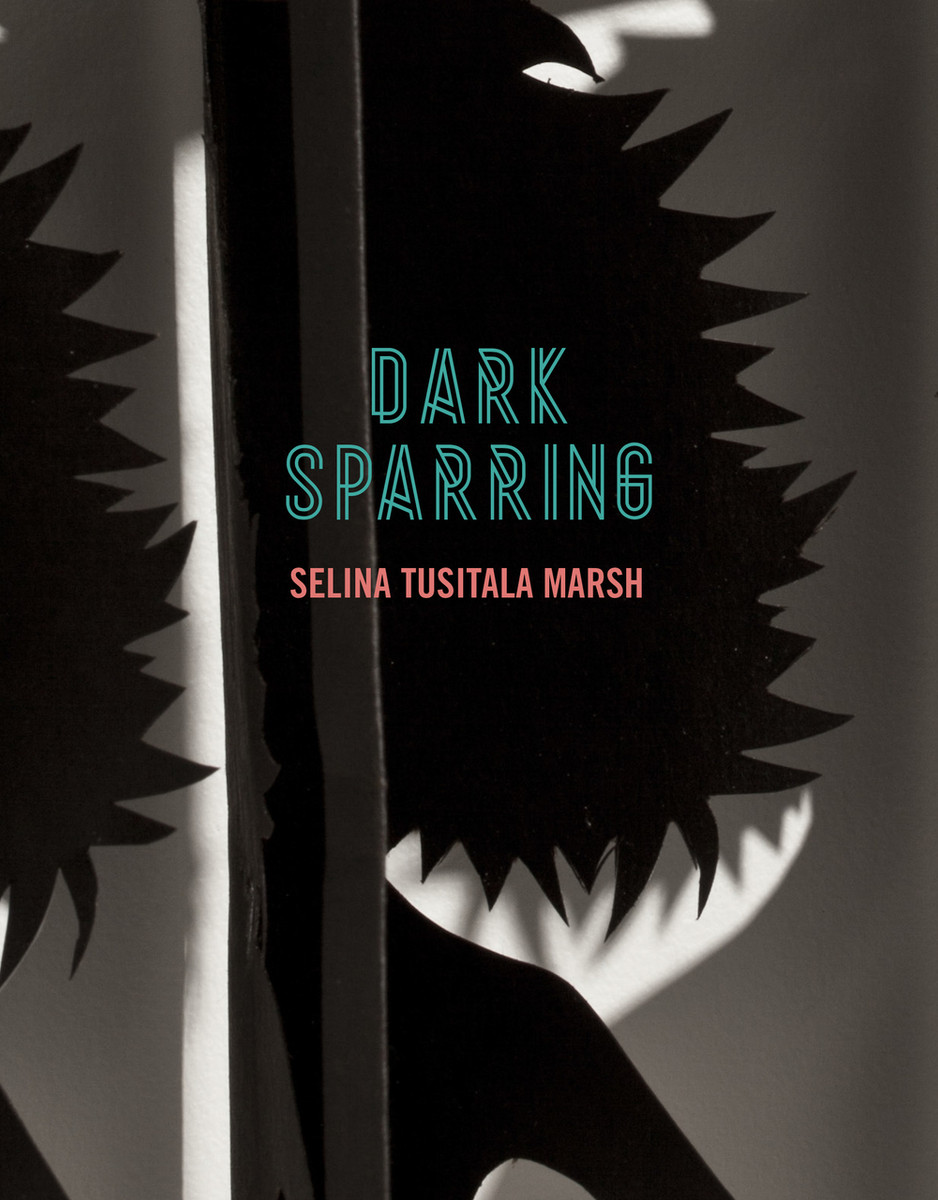 In Dark Sparring, Selina Tusitala Marsh combats family loss with all the techniques of poetry, ritual and Thai kickboxing at her disposal. The book brims with fluid, humming list poems, literary shoutouts and personal elegies, as Marsh takes us through her mother’s diagnosis with cancer and the long journey out the other side of her illness. Along the way, she shows us other parts of her world: scenes from Matiatia to Ōrapiu to Apia; classroom politics; the importance of leadership; and the reasons New Zealand is a ‘lucky’ country. Dark Sparring has an appealing voice, a strong right hook and an affecting, rhythmic heart.

The first epigraph to Selina Tusitala Marsh’s new collection is from Muhammad Ali; ‘The fight,’ he says, ‘is won or lost far away from witnesses – behind the lines … long before I dance under these lights’. Behind Tusitala Marsh’s lines of poetry, there is an immense reserve of strength and grace, enough to sustain the poet through her mother’s death from cancer and to channel her fear and anger into rhythms of the Muay Thai kickboxing ring and the page. - Amy Brown, Cordite Poetry Review

The poems in this new collection embrace both the personal and the political; the former reaches out and draws you in close to private moments (a poetry of intimacy) while the latter is a voice that probes and exposes (a poetry of conscience). Both are fueled by Selina’s ear; by her attentiveness to the musicality of the line. - Paula Green