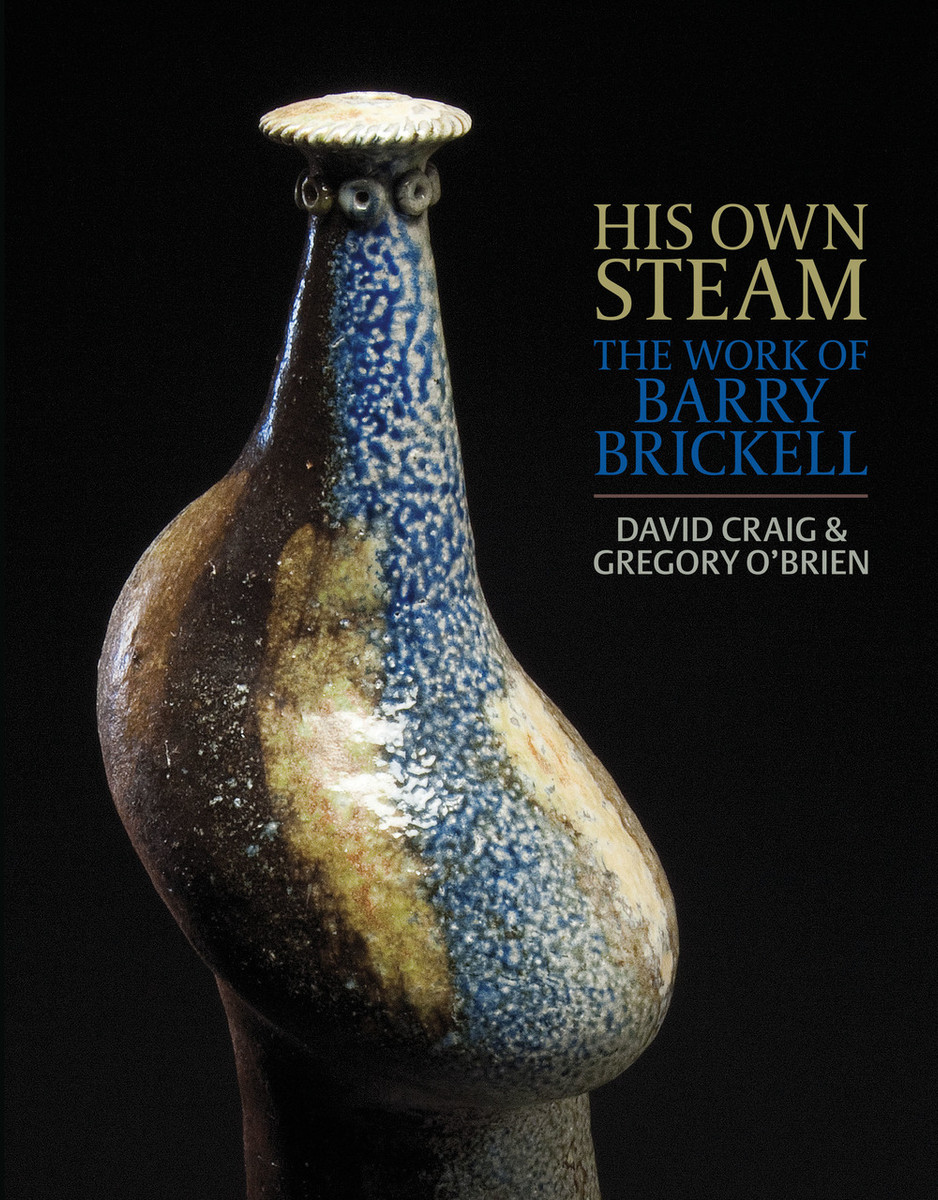 His Own Steam: The Work of Barry Brickell

Potter extraordinaire, conservationist, railway enthusiast and iconoclast Barry Brickell is one of New Zealand’s most important ceramicists. His exuberant and elemental, warts-and-all pots and sculptures pulse with a humour and sexuality rare in New Zealand craft or art. From the 1950s, with his friend and mentor Len Castle, Brickell became a central figure in Auckland’s pottery scene, leading the development of a distinctive indigenous ceramic style. Alongside the early commissions he received for domestic pots, mugs and jugs from local artists and bohemians, he became well known for his unusual sculptural forms and his use of coarse local clays (notoriously stolen in night raids from various sites around Auckland) and salt glazes. And as his reputation as potter and kiln-master grew, so too did his homegrown narrow-gauge railway at Driving Creek in the Coromandel, which with its sculpted hillsides and human detritus, remains his largest and most powerful work.

For Brickall, art and life are intrinsically linked and both are concerned with the shaping and engineering of energy and forms. His Own Steam reveals the passions that fuel him, notably his staunch enthusiasm for trains and environmental restoration. - John Daly-Peoples

I have sold truckloads of pottery in order to make a living, in order to survive. It wasn’t pleasant, but it was much better than school teaching, and I could dress as I wanted to. - Barry Brickell in NZ Listener

David Craig and Gregory O’Brien have created a book full of extraordinary texture and life – quite like Brickell himself. - Jamie Hanton, Landfall Review

Teenagers: The Rise of Youth Culture in New Zealand