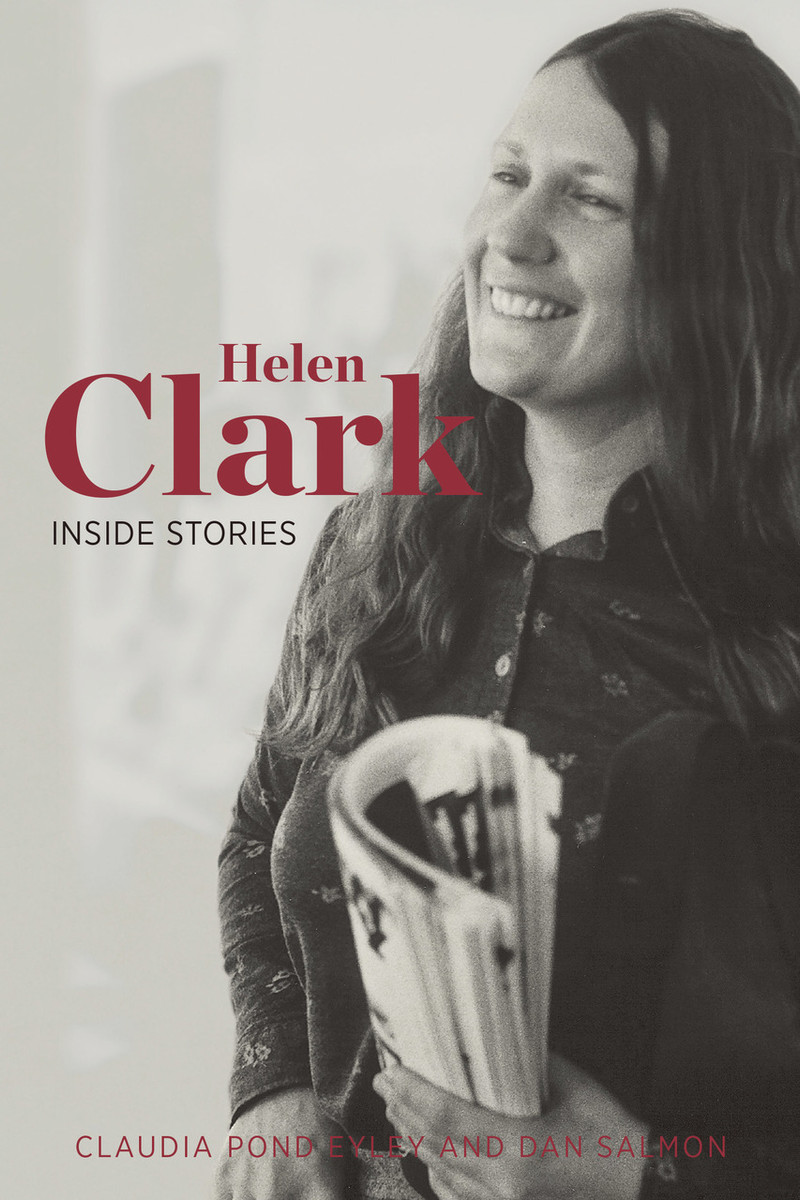 A revealing insiders’ account of Helen Clark’s political life and and world.

New Zealand's first elected woman prime minister; nine years in power through the foreshore and seabed, Afghanistan and Iraq, Corngate and Paintergate; head of the UN Development Program and ranked among the most powerful women in the world. Helen Clark's public life is well known. But what about the inside stories? During 2012-2013, documentary-makers Claudia Pond Eyley and Dan Salmon interviewed a host of participants about the life of Helen Clark: from her father George Clark to friend Cath Tizard, Richard Prebble to Jim Anderton, Winston Peters to Don Brash, Jacinda Ardern to John Key, Helen Clark and her contemporaryies bring to life the tumultuous life and times of one of our most important political leaders. Through the words of the players themselves, sometimes raw, sometimes angry, we find ourselves taken inside the major political developments of the last fifty years. This is a frank, revealing account of Helen Clark and her world.

… an oral history weaving together reminiscences from those who know her. Its advantages are that we hear the voices of some 40 intimates, allies, enemies and Clark herself as directly as the exigencies of editing permit… the closer you get to Clark’s people, the more fascinating are the observations. Her parents and sisters are extremely forthcoming and both Cath and Judith Tizard allow glimpses of Clark in the early years, which bring the fledgling politician into sharp focus…It's a little like being at a party where everyone’s jostling to get in their contribution to a discussion or telling a story. – Paul Little, North & South

For Helen Clark: Inside Stories the authors spoke to Clark’s family, her husband Peter Davis, Labour ministers and loyalists, a few Wellington beltway observers and a scattering of political opponents. Their verbatim comments give a portrait of the “style of leadership” that New Zealand voters passed judgment on for five elections.... The book is not a searing political biography, but serves as a reminderof Clark’s relentless ambition to finish the job —any job. – Andrew Stone, Weekend Herald

One of the lovely things about the book . . . you edited these yarns from people that know her, some that knew her very well personally like her family, and others who actually disliked her, like some of her political foes. - Paul Henry talking to Claudia Pond Eyley