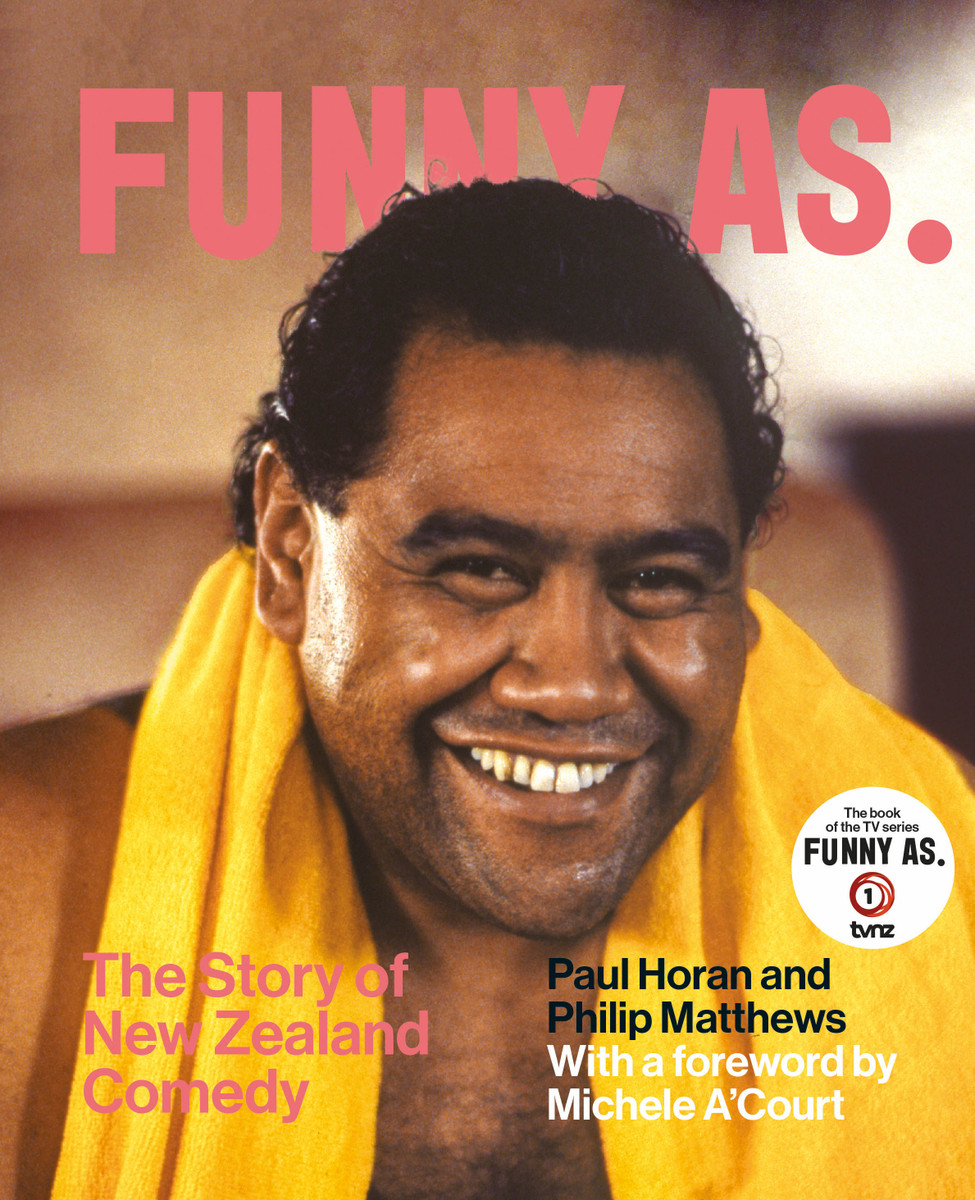 Funny As: The Story of New Zealand Comedy

A big, authoritative, hilarious illustrated account of our funniest men and women.

From the Kiwi Concert Party to The Topp Twins, Billy T. James to Rose Matafeo, Fred Dagg to Flight of the Conchords, New Zealanders have made each other laugh in ways distinctive to these islands.

Funny As tells the story of comedy in this country through more than 300 pictures and an engaging text based on over 100 interviews with our best comedians. Published alongside a major TVNZ documentary series at a time when comedy has never been bigger, the book takes us inside the comedy clubs, cabarets and television studios where comedians work; it charts the rise of cartoons and skits, parody and stand-up; it introduces us to how New Zealand’s funniest men and women have made sense (and nonsense) out of this country’s changing culture and society.

Funny As is the authoritative, hilarious story of New Zealand comedy.

‘It’s a hefty tome. It’s lavish. It clips along at a rollicking pace.' – Andrew Lumsden, Newsroom

'Those many Kiwis with a sense of humour will strike gold in Funny As' 'This, though, is a truly magnificent work' – Clarke Isaacs, Otago Daily Times