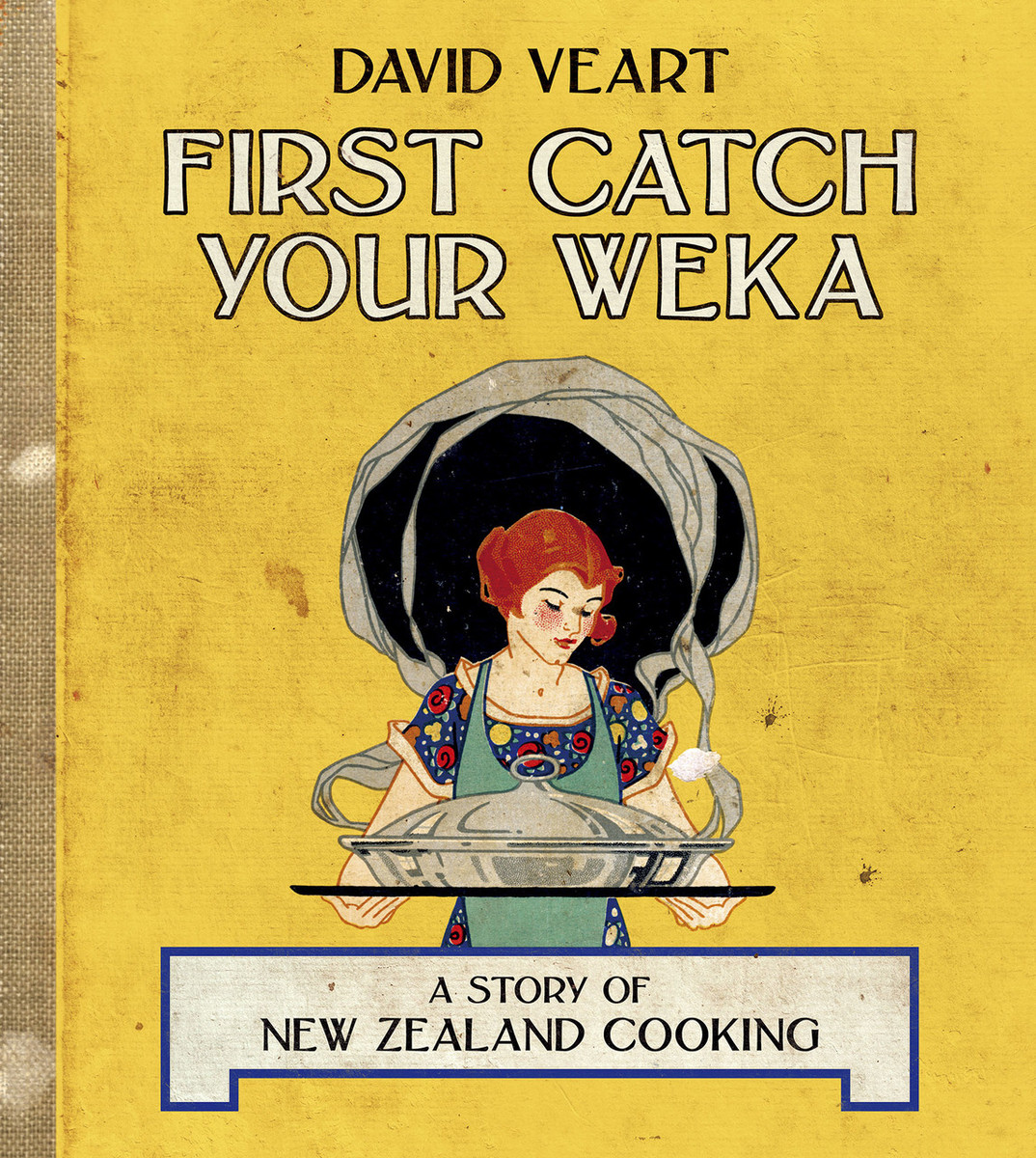 ‘First catch your Weka’, the explorer Charles Heaphy advised in 1842, then stuff it with sage and onion and roast it on a stick. In that simple way began a great tradition of New Zealand cooking, from Heaphy to the Edmonds Cookery Book, Alison Holst, Hudson and Halls, and the meal on your plate today.

In First Catch Your Weka, David Veart tells the story of what New Zealanders cooked through the recipes we used. Analysing the crusty deposits and grubby thumb prints on a century and a half of cook books, Veart chronicles the extraordinary foods that we have loved: from boiled calf’s head to the Bill Rowling cake, Irish famine soup to tinned kidneys with mushrooms.

First Catch your Weka illuminates the basic elements that make New Zealand cooking distinctive and reveals how our cuisine and our culture have changed. Throughout that history, Veart finds a people who frequently first liked to catch their weka – building a meal out of oysters taken from the rocks, vegetables from the garden and a lamb from the neighbouring farm.

By telling the history of what we ate, First Catch your Weka tells us a great deal about who we have been.

The first thing you want to do when you hold this big beautiful book in your hands is to riffle through it, looking at the astonishing photographs, running your tongue over the recipes and stopping to read whatever catches your eye. This is pleasure enough, but the rewards will be even greater if you read the book from beginning to end, revelling in the author’s scholarship, wit and hearty appetite as he tells his unique story of our country’s rich culinary history. – Lois Daish, NZ Books

Most of us own at least one cookbook - with pages stained and splattered in a giveaway to our best-loved recipes. But one dish you're unlikely to find there is roast weka. In the mid-19th century it was a different story - and author David Veart tells it, along with hundreds of others, in a brand-new book, First Catch Your Weka, a Story of New Zealand Cooking (Auckland University Press, $49.99.) - Manawatu Standard

So why am I so impressed with just another cookbook? Read on! - David Reed, Northern Advocate