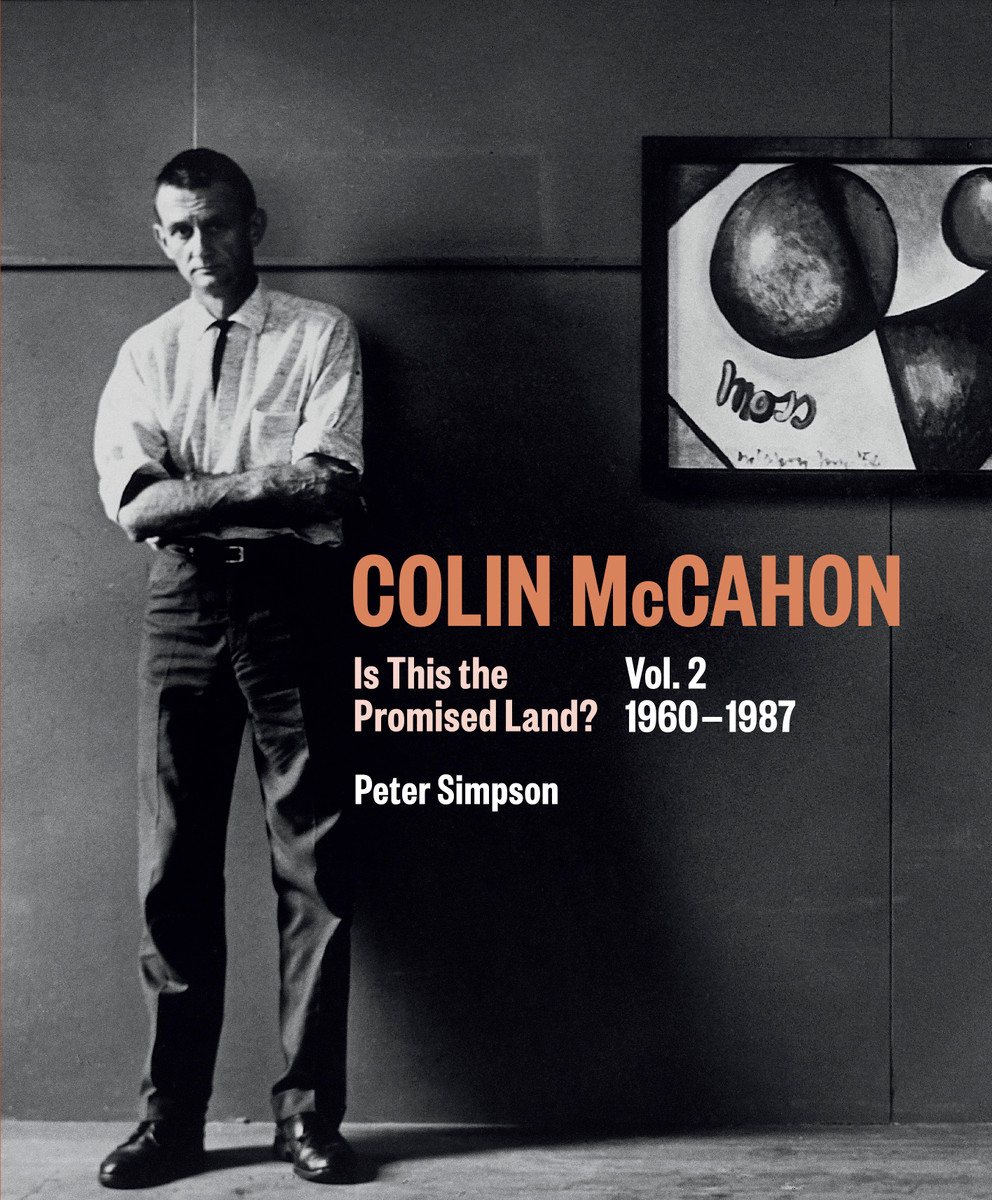 The second of an extraordinary two-volume work chronicling forty-five years of painting by our most important artist, Colin McCahon.

Colin McCahon (1919–1987) was New Zealand’s greatest twentieth-century artist. Through landscapes, biblical paintings and abstraction, the introduction of words and Māori motifs, McCahon’s work came to define a distinctly New Zealand modernist idiom. Collected and exhibited extensively in Australasia and Europe, McCahon’s work has not been assessed as a whole for thirty-five years.

In this richly illustrated two-volume work, written in an accessible style and published to coincide with the centenary of Colin McCahon’s birth, leading McCahon scholar, writer and curator Peter Simpson chronicles the evolution of McCahon’s work over the artist’s entire forty-five-year career.

Simpson has enjoyed unprecedented access to McCahon’s extensive correspondence with friends, family, dealers, patrons and others. This material enables us to begin to understand McCahon’s work as the artist himself conceived it. Each volume includes over three hundred illustrations in colour, with a generous selection of reproductions of McCahon’s work (many never previously published), plus photographs, catalogue covers, facsimiles and other illustrative material.

Along with Colin McCahon: There is Only One Direction. Vol 1. 1919–1959, this book will be the definitive work on New Zealand’s leading artist for many years to come.

Peter Simpson is a former associate professor of English at the University of Auckland. He is the author of numerous critically acclaimed books, including Colin McCahon: The Titirangi Years, 1953–1959 (Auckland University Press, 2007) and Bloomsbury South: The Arts in Christchurch 1933–1953 (Auckland University Press, 2016). He has also curated three significant exhibitions of McCahon’s work. He received the Prime Minister’s Award for Literary Achievement (non-fiction) in 2017.

‘With the release of Is This the Promised Land? Vol. 2 1960-1987, eight months after the first volume, it can now be seen that Peter Simpson has produced the exemplary exploration of the New Zealand artist’s thought and career. Set in a biographical framework, Simpson’s work allows the reader, for the first time, to follow and evaluate McCahon’s complete achievement. It is a magnificent portrait of the man as a working artist…The two-volume set is a landmark publication. Simpson’s account will become standard, illuminating both the continuous development and the mature productions of the premier New Zealand artist…Simpson’s readable perceptions and his ability to create an effective narrative, coupled with in-depth research and high production values, makes his book one of the finest and most fundamental recent New Zealand art publications’. – David Herkt, New Zealand Herald

‘‘…I’ve been reviewing books on National Radio for a number of years now and this may be the most impressive work that I’ve ever talked about on the radio…Peter Simpson has spent years researching, writing, his coverage is comprehensive, its compassionate… and Simpson’s text is just so wonderfully accessible… this is a consummately clear yet authoritative book.’ – David Hill, Radio New Zealand

‘Is This the Promised Land? Vol. 2 1960-1987 is a grand achievement, which (in conjunction with volume 1) will become an indispensable point of reference for decades to come. But in addition to its value as a record of fact, the author provides telling evidence as to the reasons why McCahon should command attention in the future. For all the profundity and gravitas in McCahon’s art there is commensurate frailty leavened with crippling doubt. Colin John McCahon walked that line his entire life. Across these pages Peter Simpson walks with him, every step of the way. ’ – Hamish Coney, Newsroom