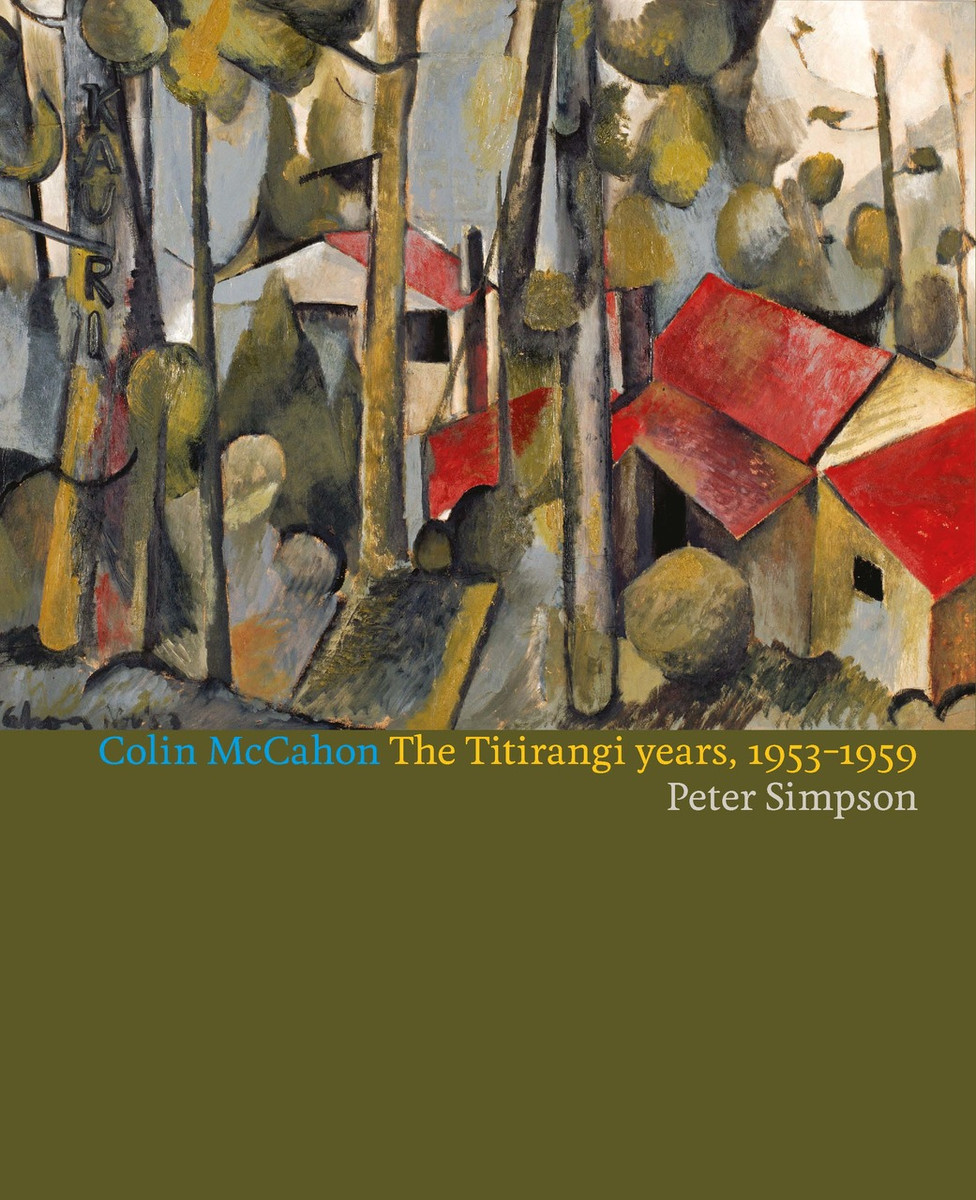 In Colin McCahon: The Titirangi Years, Peter Simpson gives a comprehensive overview of this crucial period in the work of New Zealand’s greatest painter.

In 1953 Colin McCahon moved with his family from the South Island to a house in the bush at Titirangi in Auckland; to a job at the Auckland City Art Gallery; and, most significantly, to a new direction in his painting. The years from 1953 to 1959 were enormously fruitful for McCahon’s art, encompassing exploratory Auckland sequences, an influential trip to the United States in 1958 and ‘a quite new visual experience’ in the work done on his return. These were the years of the Kauri, Towards Auckland, Manukau, French Bay and Titirangi series, with their constant tension between representation and abstraction; as well as the groundbreaking work of The Wake, the Northland panels and drawings, the Northland Triptych, the Numerals and the great Elias series.

Colin McCahon: The Titirangi Years is published in conjunction with the McCahon House Trust, which oversaw the restoration and preservation of the McCahons’ house in Titirangi, and follows the successful 2006 exhibition of works from the period at Lopdell House. With six chapters on McCahon’s life and work in the Titirangi years, the book includes more than 80 full-colour plates and a list of McCahon’s exhibited paintings from 1953 to 1960. This is a fascinating, detailed study of one of McCahon’s key periods, and offers a compelling glimpse into the art and practice of New Zealand’s greatest painter.

What Simpson does offer is a thorough and perceptive exploration of the paintings, peppered with illuminating extracts from McCahon’s letters and other sources. – Gregory O’Brien, NZ Listener