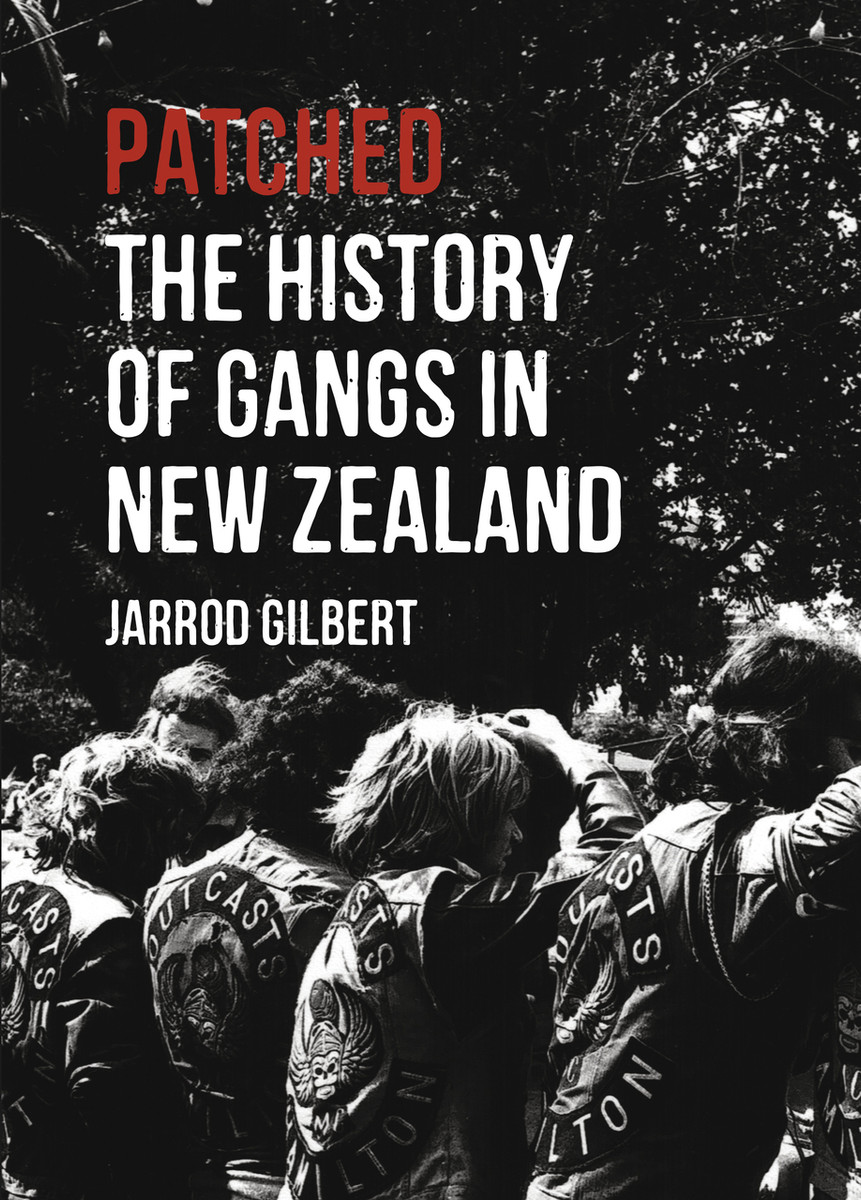 Covering bikie gangs and skinheads, the Mongrel Mob and Black Power, Patched is the first major history of gang life in New Zealand.

The Devil’s Henchmen throwing Molotov cocktails at the Epitaph Riders in Christchurch’s first gang war. Prime Minister Rob Muldoon surrounded by Black Power members at the Royal Tiger Tavern in Wellington. The Magogs and the Mothers, PEP schemes and P dealers, patches and ridgies, colours and class: for five decades gangs have had a massive impact on New Zealand life.

Based on ten years of research among gangs, Patched is the first major history of gang life in New Zealand. Jarrod Gilbert traces the story from the bodgies and widgies of the 1950s, through the rise of the Hells Angels and other ‘bikie’ gangs in the 1960s, the growth of the Mongrel Mob and Black Power in the 1970s and on to shifts in gang activity around drugs and organised crime over the last ten years. Throughout, Gilbert brings us the gang members, the police and the politicians in their own gripping and gritty words.

In this violent and sometimes horrifying book, Jarrod Gilbert takes readers for the first time inside a tough but revealing part of New Zealand life.

Patched shows the urgency with which social problems that lead to gang formation, like entrenched unemployment and poverty, must be addressed. Patched is excellent for its readability and its hard-nosed search for the truth, but it becomes outstanding because Gilbert’s findings are necessary. For these reasons, Patched may well become a landmark work of New Zealand non-fiction. - Feby Idrus, Booksellers NZ

I highly recommend Patched to anyone seeking to understand the development and growth of various gang cultures within our communities. I also recommend it to those interested in what we might need to do differently for government policies to become better aligned with the lives of young people... - Celia Lashlie, NZ Listener