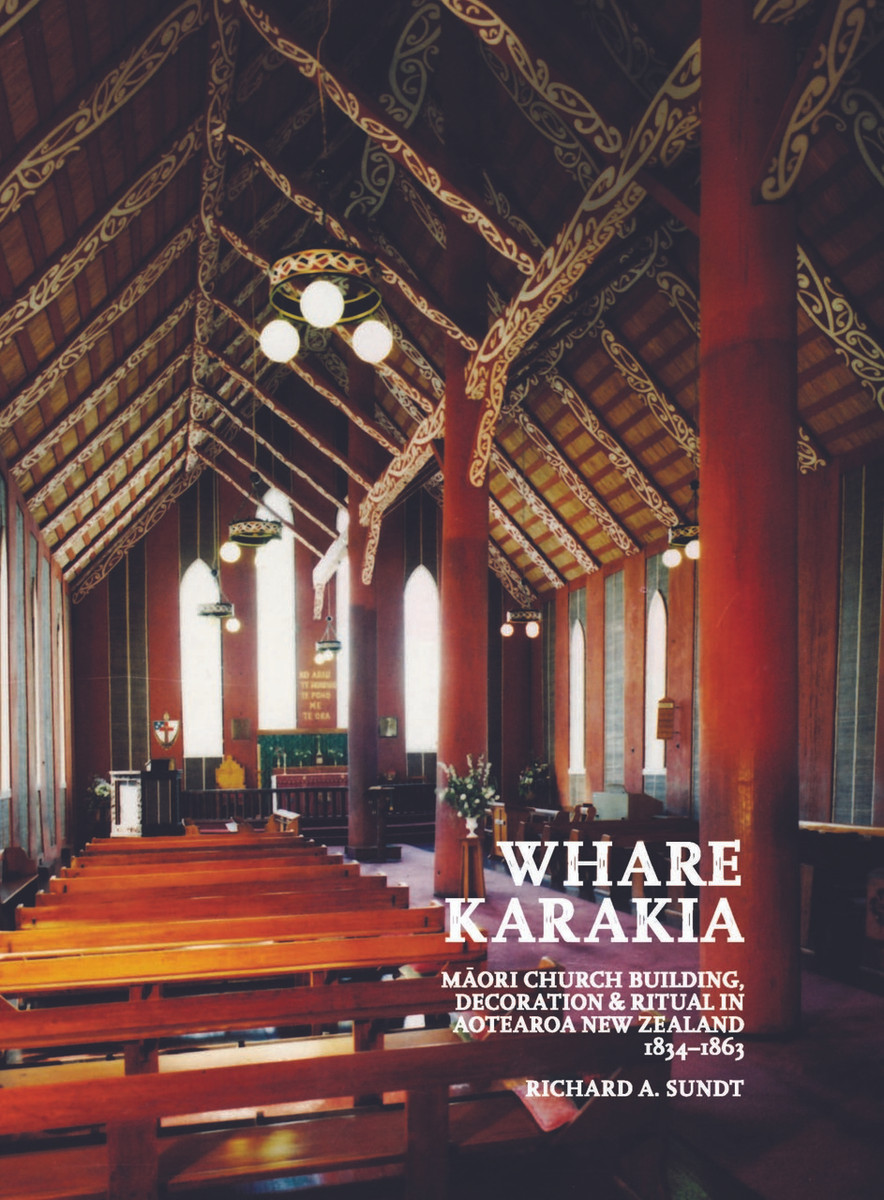 Soon after the missionaries arrived in nineteenth-century New Zealand, Māori began converting to protestant Christianity in large numbers. Without the manpower or materials to build their own churches, missionaries largely relied on Māori to build houses of worship. As a result, the early churches drew on strands from the British ecclesiastical tradition as well as elements from Māori art and architecture to produce a distinctive and arresting new style. The last of these whare-style churches was destroyed when the Rangiātea church at Ōtaki burned down in 1995.

In Whare Karakia, Richard Sundt draws on a range of primary materials to chronicle early Māori church building in New Zealand for the first time. Whare Karakia focuses on the Anglican/Church Missionary Society churches that dominated the period. After looking at British church architecture and early interactions between Māori and missionaries, Sundt looks at how key arguments – over carving and painting in churches, the use of liturgical space – were resolved by examining particular buildings in detail. Whare Karakia is a groundbreaking work that sheds new light on the history of both religion and architecture, and the story of Māori and Pākehā in New Zealand.

More about Richard A. Sundt

Here is art history of Aotearoa New Zealand at its best. Sundt has provided a window into the past that will inform the present in myriad ways. – Ngarino Ellis, Architecture NZ

The result is a handsome book tracing the emergence of seven large whare-style churches from around the North Island, all now gone. An important record. - Mana Magazine