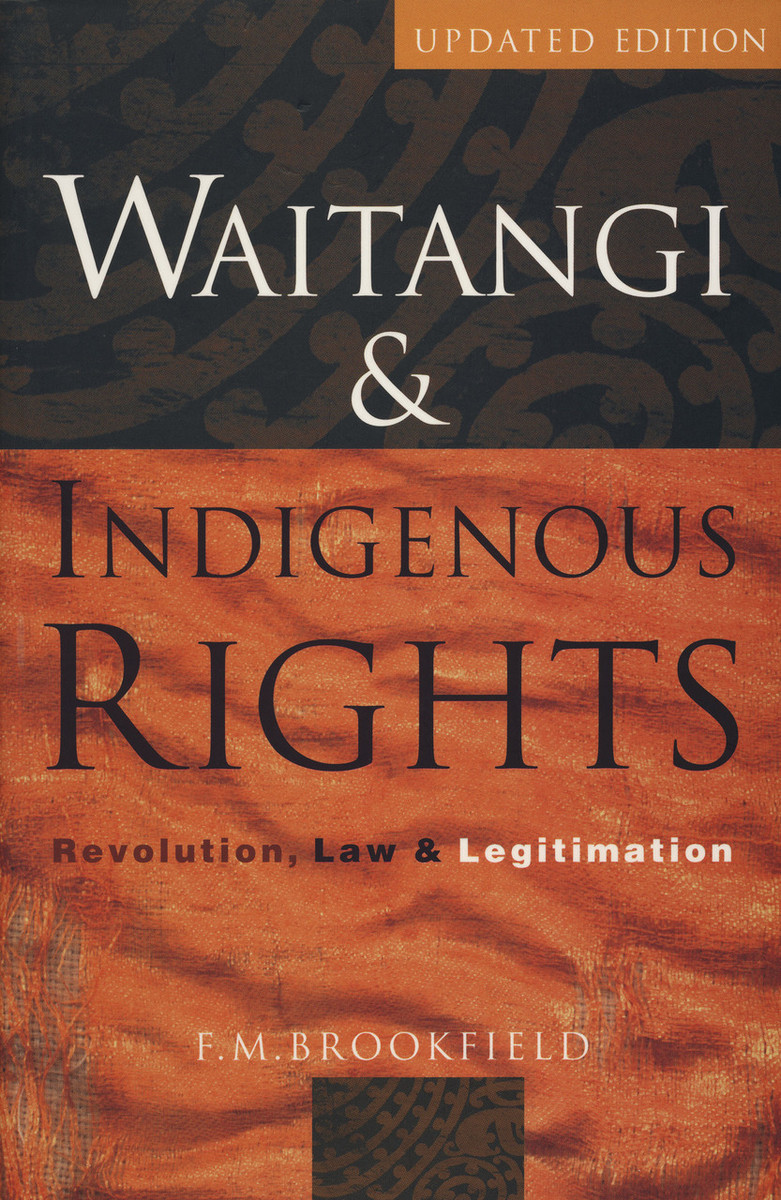 This is a revised edition of Professor Brookfield’s landmark study of issues surrounding the Treaty of Waitangi first published in 1999.

Here he adds an extensive epilogue addressing three recent debates relevant to his central topic: the Fiji revolutions, successful and attempted; Māori customary title to the foreshore and seabed and the Foreshore and Seabed Act of 2004; and the Rekohu Report (2001) of the Waitangi Tribunal on the conflicting claims of Moriori and Ngāti Mutunga on the Chatham Islands. He deals with these complex and controversial matters with his usual careful, thorough and principled approach dealing with the broad constitutional issues and responding to comments made by other scholars.

The new edition of Waitangi and Indigenous Rights will be an essential tool for all those working in the area and for anyone interested in this vital contemporary debate.

. . . the case [for radical constitutional reform] is presented with Brookfield’s characteristic care and idealism. . . . Whether or not it convinces, this is a masterly book. To read it is to experience a broadening of the mind. – Lord Cooke of Thorndon, The Law Quarterly Review

Psychology for a Better World: Working with People to Save the Planet (Revised and Updated Edition)