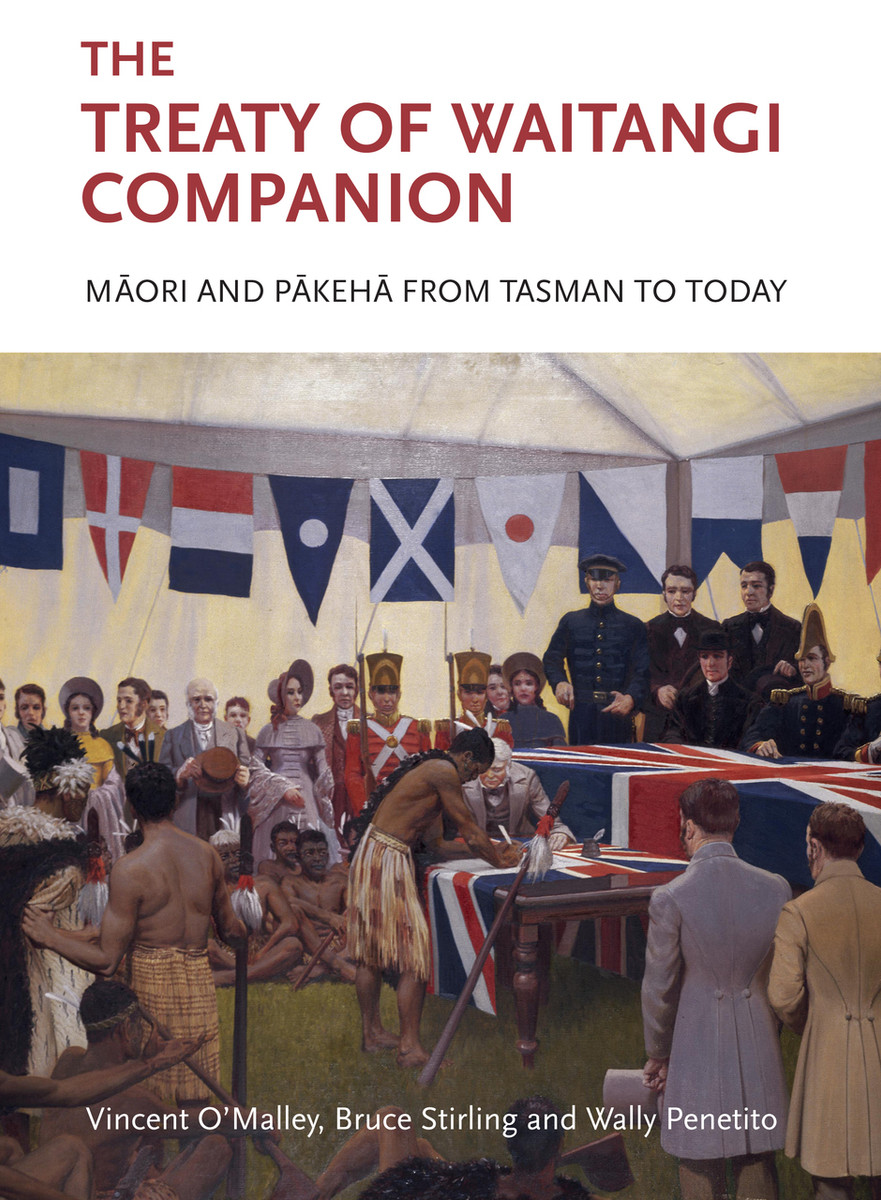 Since the Treaty of Waitangi was signed by Māori chiefs and Governor Hobson in 1840 it has become the defining document in New Zealand history.

From the New Zealand Wars to the 1975 Land March, from the Kīngitanga to the Waitangi Tribunal, from Captain Cook to Hone Harawira, The Treaty of Waitangi Companion tells the story of the Treaty and Māori and Pākehā relations through the many voices of those who made this country’s history.

Sourced from government publications and newspapers, letters and diaries, poems, paintings and cartoons, the Companion brings to life the long history of debates about the Treaty and life in Aotearoa. Was the Treaty a Māori Magna Carta or a fraud? A blueprint for partnership or an instrument of annexation and dispossession? In The Treaty of Waitangi Companion we hear Māori and Pākehā wrestling with those issues, including King Tāwhiao’s frustrated pleas to colonial politicians, Te Whiti’s message of peace and Sir William Martin’s appeals against the injustice of confiscation.

The Treaty of Waitangi Companion is an invaluable book for students, from high school to postgraduate, and general readers who want to get directly to the heart of New Zealand history.

The Companion brings to life the long history of debates about the Treaty and life in Aotearoa. – Spasifik

You can read it from cover to cover or open it where you will and delve into the detail of a time or topic. Either way, you'll see clearly, like it or not, why the debate won't end anytime soon. - Mick Ludden, Whanganui Chronicle

This book lives up to the impression; you get up close to all sorts of historical figures - from a wary Abel Tasman to a slithery John Key - via a staggering range of first-hand comments from Maori, settlers, politicians, racists, pacifists, agitators, cartoonists, diarists and journalists, all representing New Zealand's diversity of opinion right up to the present day. - Mark Luddon, The Daily Post