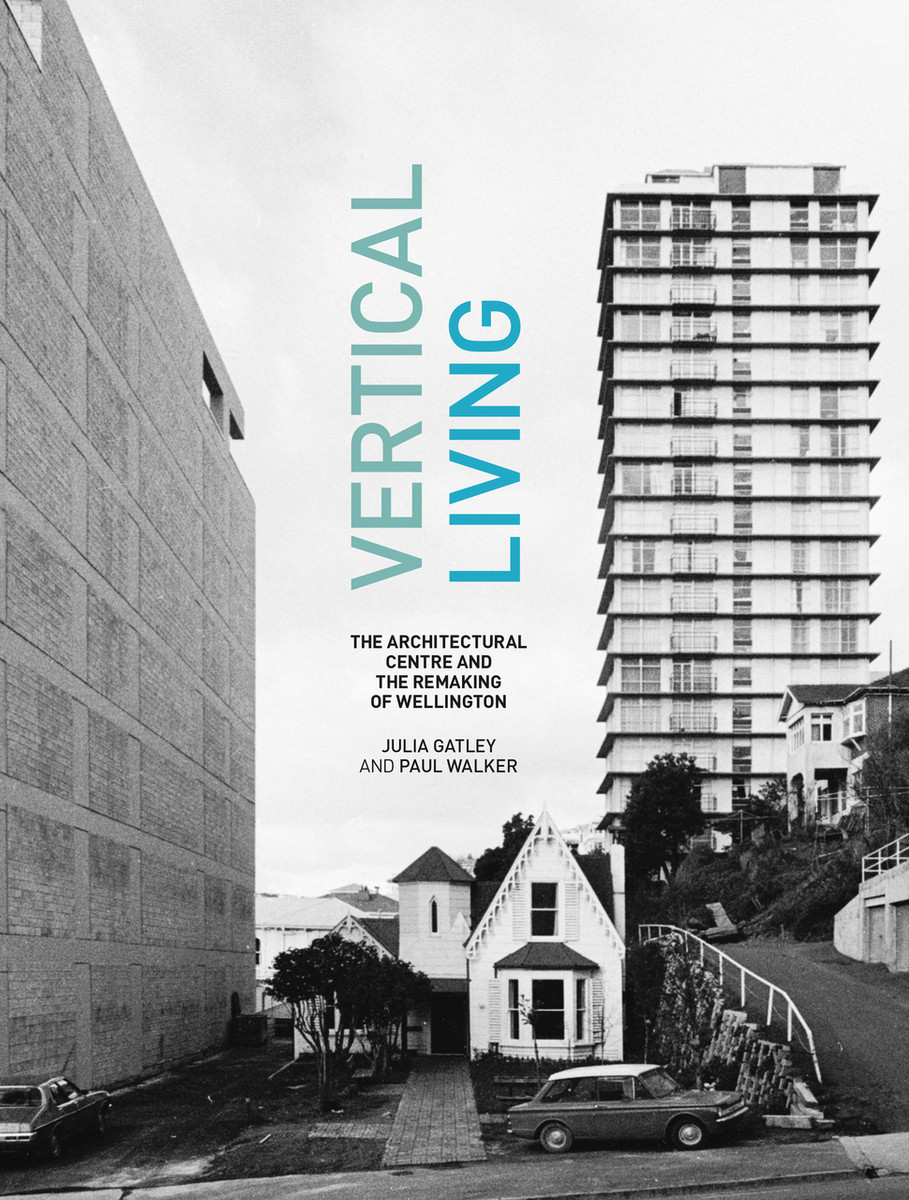 Vertical Living: The Architectural Centre and the Remaking of Wellington

For more than fifty years, the Architectural Centre has helped shape the possibilities of modern life in urban New Zealand and profoundly influenced the remaking of Wellington.

In 1946 a group of students and idealists got together to realise their visions for a modern city. Over the following half century, the Architectural Centre they founded helped to shape the possibilities of modern life in urban New Zealand and profoundly influenced the remaking of Wellington. More than just an association of architects, the Centre wrote manifestos, furthered education, published a magazine - Design Review - hosted modernist exhibitions in its gallery, staged an audacious campaign for political influence called 'the Project' and fought for better planning, better design, better built environments in Wellington. Its members also built a demonstration house, but 'planning was the battle-cry'. Charting these activists and their projects over the years, Julia Gatley and Paul Walker in Vertical Living also offer a history of urban Wellington from the 1940s to the 1990s and beyond. The book reminds us that, in modernist ideology, architecture and urban planning went hand-in-hand with visual and craft arts, graphic and industrial design.  In recovering the multi-disciplinary history, politics and planning of the Architectural Centre, Gatley and Walker begin writing the city back into the history of architecture in this country.

The writing is crisp and clear, and accessible to those of us who are not architects or planners while still being unmistakably the work of academics. - Gordon Findlay, Booksellers NZ

Vertical Living draws together, consolidates and rethinks the histories of the Wellington Architectural Centre interwoven with a wider modern architectural history of Wellington City. - Mark Southcombe

[This book] will be of great interest not just to specialist architectural historians but to all those who are interested in the country’s broader development patterns during the post-war period.' - Miles Glendinning, Fabrications