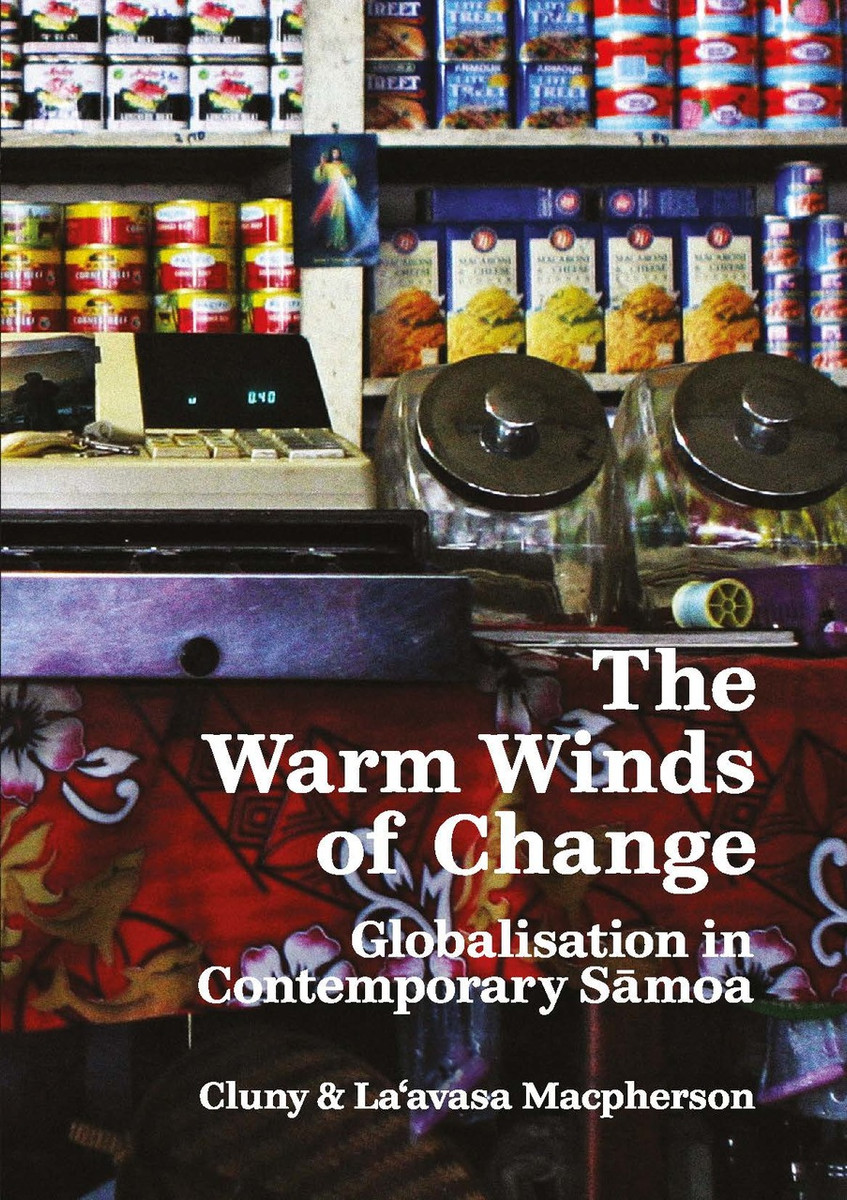 The Warm Winds of Change: Globalisation and Contemporary Samoa

What leads a Sāmoan villager to buy a Chinese polypropylene mat rather than making a pandanus mat? When do Pacific emigrants stop sending back money to their home village? Do villagers stop giving away fish when they have a refrigerator to store it in? In The Warm Winds of Change, Cluny and La‘avasa Macpherson look at ordinary lives in a Pacific village in order to provide an accessible introduction to the ways in which Pacific societies are being transformed by the forces of globalisation.

Global culture has had a powerful impact on the flora and fauna, the people, languages and cultures of the Pacific for many centuries. But these earlier changes were largely controlled and managed by Pacific societies as new people, ideas, and things were incorporated into traditional chiefly culture. The Macphersons suggest that recent changes are delivering a more profound challenge to tradition. Society is shifting from baskets to buckets, from chiefly and religious authority to a questioning democracy, from in-kind work to a cash economy.

Every day in Western news, media report on the key forces of globalisation – free flows of capital, people and ideas, the impact of big cultures and economies on small nations, the falling costs of distance. Here the Macphersons make those forces tangible by showing us how globalisation is transforming daily life in an ordinary Pacific village.

The Macphersons, who bring 40 years of academic study to this masterpiece, argue Samoa is a durable place. – Mike Field, The Independent

...a book that is essential reading for anyone interested in the islands today. – Paul Shankman, Oceania

The Macphersons present an impressive array of original and significant data on personal experiences, perspectives and experiences of Samoan people/families/villages undergoing immense ideological, technological and social change in Samoa, making this book a must-read not only for students of Samoa, but also for anyone who would understand the complexities and paradoxes faced by contemporaryy Pacific Islanders. – Melani Anae, SITES

Globalisation and the Wealth of Nations