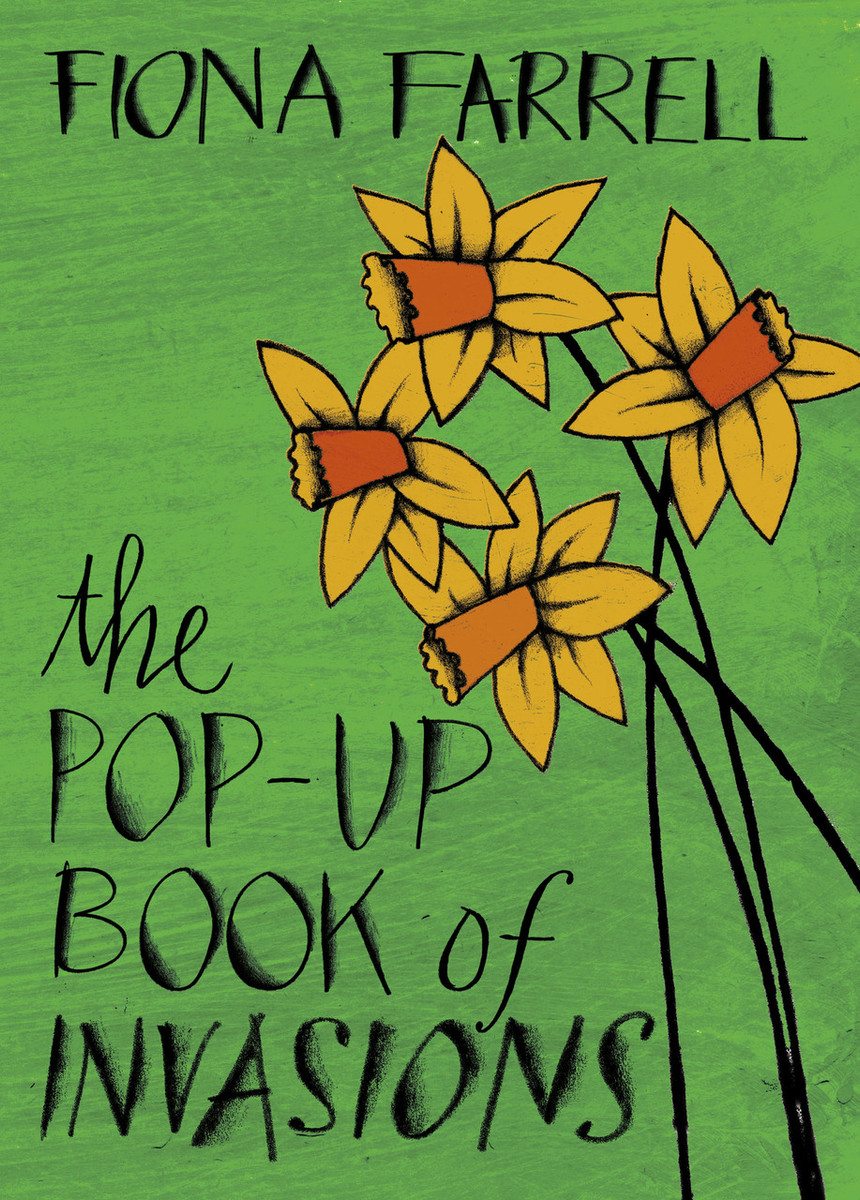 The Pop-up Book of Invasions

The Book of Invasions – Lebor Gabála Érenn – is a compilation of manuscripts describing the very specific discovery of Ireland (‘on the fifteenth, on a Saturday’) following the Creation and the Flood. The Pop-Up Book of Invasions is Fiona Farrell’s poetic response to a six-month stay in Ireland as inaugural recipient of the Rathcoola Residency in County Cork. Part travelogue, part family record, part song and myth and history rewritten, this collection revels and laments in equal measure in a landscape deeply inscribed with narrative.

The poems in The Pop-up Book draw heavily and vividly on the landscape, history and mythology of Ireland, sharing a sense of discovery, but they also make connections with home, New Zealand, childhood. Thus a canoe in the National Museum, ‘Black boat from a brown bog’, recalls the waka: ‘You think of yours as I think of/mine, setting sail in their black/canoe’. The poet also remembers her Irish father now dead who emigrated to New Zealand and all the many migrations or ‘invasions’ of the past and the present. And she adapts and transforms several ancient Irish texts, rewriting their stories for a contemporary world; the voluminous notes are a fascinating Irish education in themselves.

The Pop-Up Book of Invasions is a beautifully constructed, thoughtful and original book.

The Book of Iris: A Life of Robin Hyde

Book Self: The Reader as Writer and the Writer as Critic