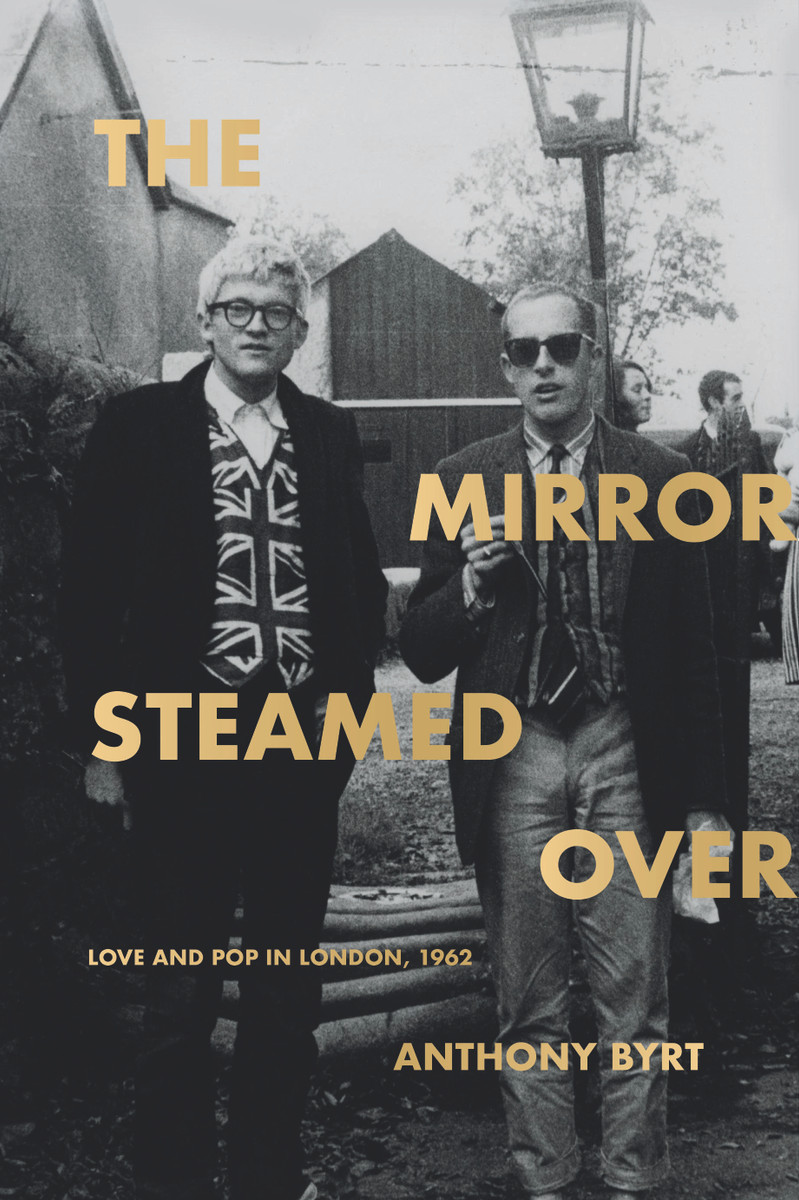 The Mirror Steamed Over: Love and Pop in London, 1962

The untold story of how a group of young outsiders reinvented art in early sixties London.

In the early sixties at the Royal College of Art in London, three extraordinary personalities collided to reshape contemporary art and literature.

Barrie Bates (who would become Billy Apple in November 1962) was an ambitious young graphic designer from New Zealand, who transformed himself into one of pop art’s pioneers. At the same time, his friend and fellow student David Hockney – young, Northern and openly gay – was making his own waves in the London art world. Bates and Hockney travelled together, bleached their hair together, and, despite being two of London’s rising art stars, almost failed art school together. And in the middle of it all was the secretary of the Royal College’s Painting School – an aspiring young novelist called Ann Quin. Quin ghost-wrote her lover Bates’s dissertation and collaborated with him on a manifesto, all the while writing Berg: the experimental novel that would establish her as one of the British literary scene’s most exciting new voices.

Taking us back to London’s art scene in the late fifties and early sixties, award-winning writer Anthony Byrt illuminates a key moment in cultural history and tackles big questions: Where did Pop and conceptual art come from? How did these three remarkable young outsiders change British culture? And what was the relationship between revolutions in personal and sexual identities and these major shifts in contemporary art?

From the Royal College to Coney Island and Madison Avenue, encountering R. D. Laing and Norman Mailer, Shirley Clarke and Larry Rivers, The Mirror Steamed Over is a remarkable journey through a pivotal moment in contemporary culture.

Anthony Byrt is one of New Zealand’s foremost writers on contemporary art, and a regular contributor to Artforum. In 2013, he was Critical Studies Fellow at Cranbrook Academy of Art, Michigan, and in 2015 was New Zealand’s Reviewer of the Year. His first book, This Model World: Travels to the Edge of Contemporary Art (Auckland University Press, 2016), was a finalist in the 2017 Ockham New Zealand Book Awards.

‘With a special talent for zooming into a milieu, Byrt articulates the wisdoms of historical distance while transporting the reading into the local texture of time and place.’ - Matt Saunders, Harris K. Weston Associate Professor of the Humanities, Harvard University

‘The Mirror Steamed Over is a wonderfully written, affecting account of the personalities and layered complexities of life in and around the Royal College of Art in the early 1960s, making for a distinctive and original contribution to an important area of art history. The success of the undertaking rests on remarkable primary research standing behind the many unexpected observations and insights. There is no equivalent in the literature, and I recommend the book highly.’ – Thomas Crow, Rosalie Solow Professor of Modern Art, New York University, author of The Long March of Pop

The Pop-up Book of Invasions

New Zealand's London: A Colony and its Metropolis

The Dangerous Country of Love and Marriage