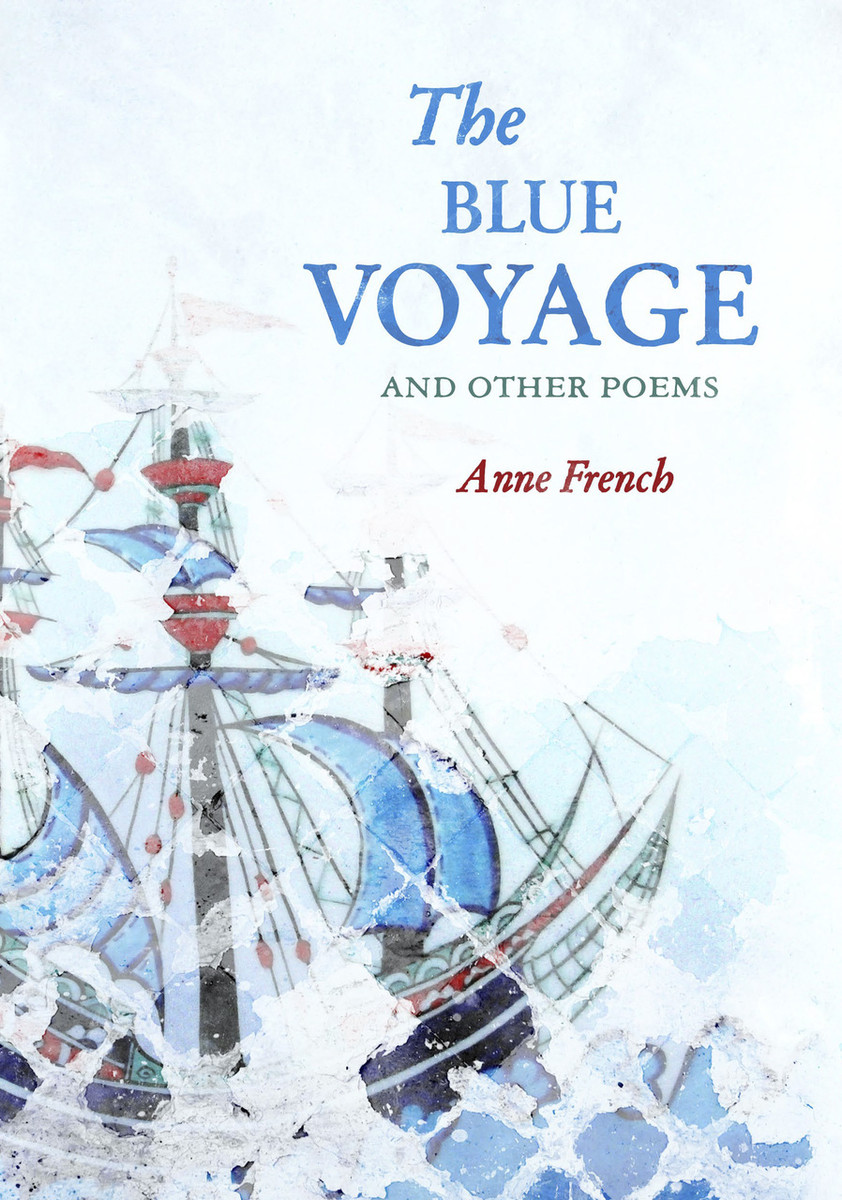 A buoyant, nicely pitched and elegiac collection by Anne French.

The Blue Voyage, and other poems is a new collection by Anne French. The first in eleven years, it is confident in execution, elegiac in tone.  A more comic initial section leads into a section of thoughtful but vivid sailing poems and then a number of elegies, laments and funeral songs from French's 'black notebook'. The final section voyages to Korea and includes some loose translations of poems by modernist Korean writer Han Yong-un. In their considerations of remembrance and writerly acts, these 'translations' aptly pick up themes introduced in the book's first three parts and round off the book nicely: 'Waiting / for the ringing of the bells announcing daybreak, / I put down my brush.'

Seventh collection by witty, highly accomplished poet. Take the blue voyage down the Turkish coast. Discover the real identity of Bill (“William Butler”) Smith, author of the poems on the Pic's Really Good Peanut Butter labels, and learn what a sijo is.’ – New Zealand Books

Anne has always been a sailor (a ‘yachtie’) and the sea figures somewhere in all her books. The title sequence in this one is based on sailing in the Aegean, south of Turkey. This gives her both seascapes and landscapes/cityscapes, the flora, and even something of the history and changing politics, of the region.' – C.K Stead, Poetry Shelf

Book-ended by a short collection of poems by William Butler “Bill” Smith and some translations of Korean poet Han Yong-un’s work, Anne French’s new poetry collection, The Blue Voyage and other Poems, settles itself into a context spanning oceans. From Bill and New Zealand, to the coasts of Turkey, and to Yong-un’s Korea, French writes alongside her fellow poets and the history of the idea of the blue voyage along the south-western Turkish coast. – Matthias Metzler, Booksellers